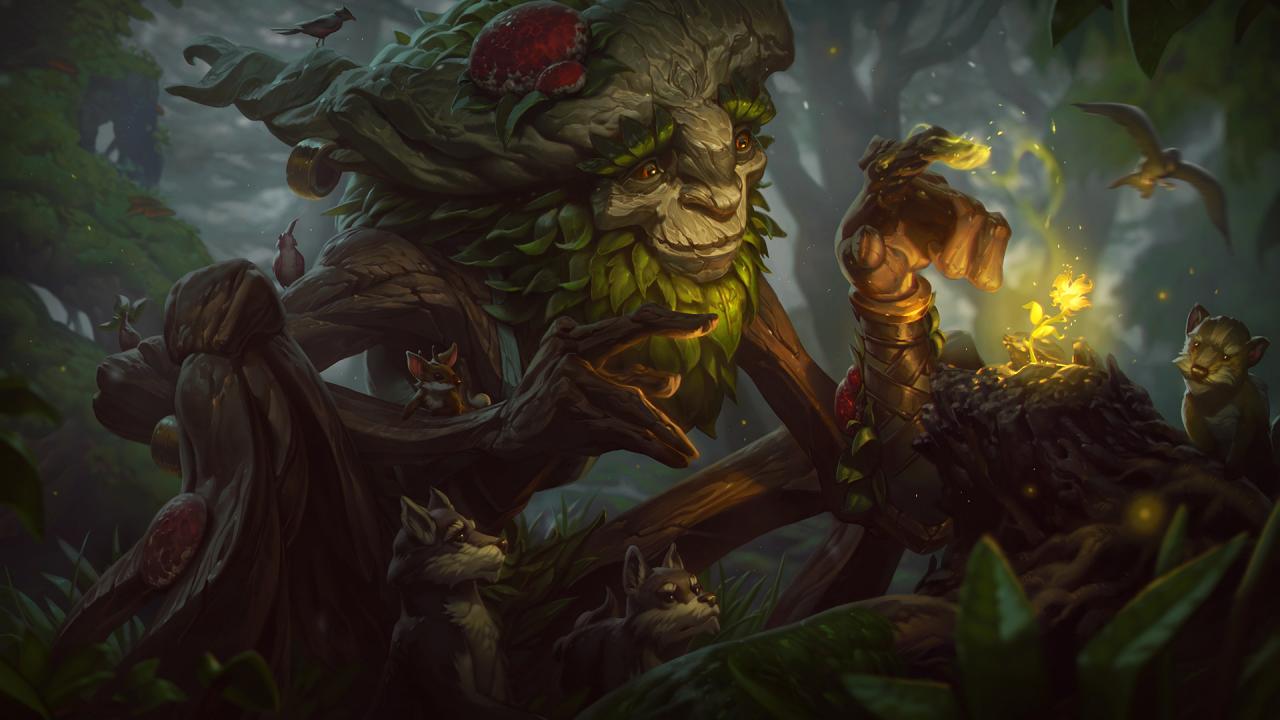 League of Legends fans never seem to disappoint when it comes to creating skins for their favorite champions. Ivern was released in 2016, but the champion only had two skins until 2019. Though Dunkmaster Ivern was a fun skin overall, it failed to meet some Ivern mains’ expectations.

One League fan and an Ivern main shared their Freljord Ivern skin concept earlier today, showing how the Freljord theme would fit the Green Father.

The artist redesigned the champ with a more Freljordian warlord vibe. Though Ivern looks edgier than normal, Daisy, his ultimate, is still as cute as ever with a nest for Poros on her shoulders.

Ivern may look like a softie but according to his lore, the champion used to be a fierce Freljordian warrior and was known as Ivern the Cruel. Though the champion’s Dunkmaster skin has great animations, Ivern players were more interested in a skin that shed some light on the unknown side of the champion.

“As an Ivern main I am still a bit salty about Dunkmaster Ivern,” the artist said. “Don’t get me wrong, it’s not too horrible of a skin. But the main issue was all the hype that had built as a result of 2018’s skin Dev video, hyping up Ivern getting a skin.”

Ivern isn’t featured on Riot’s list of champions that will get skins in 2020. If Ivern mains make enough noise in the community, however, this skin concept could potentially become a reality sometime down the road.