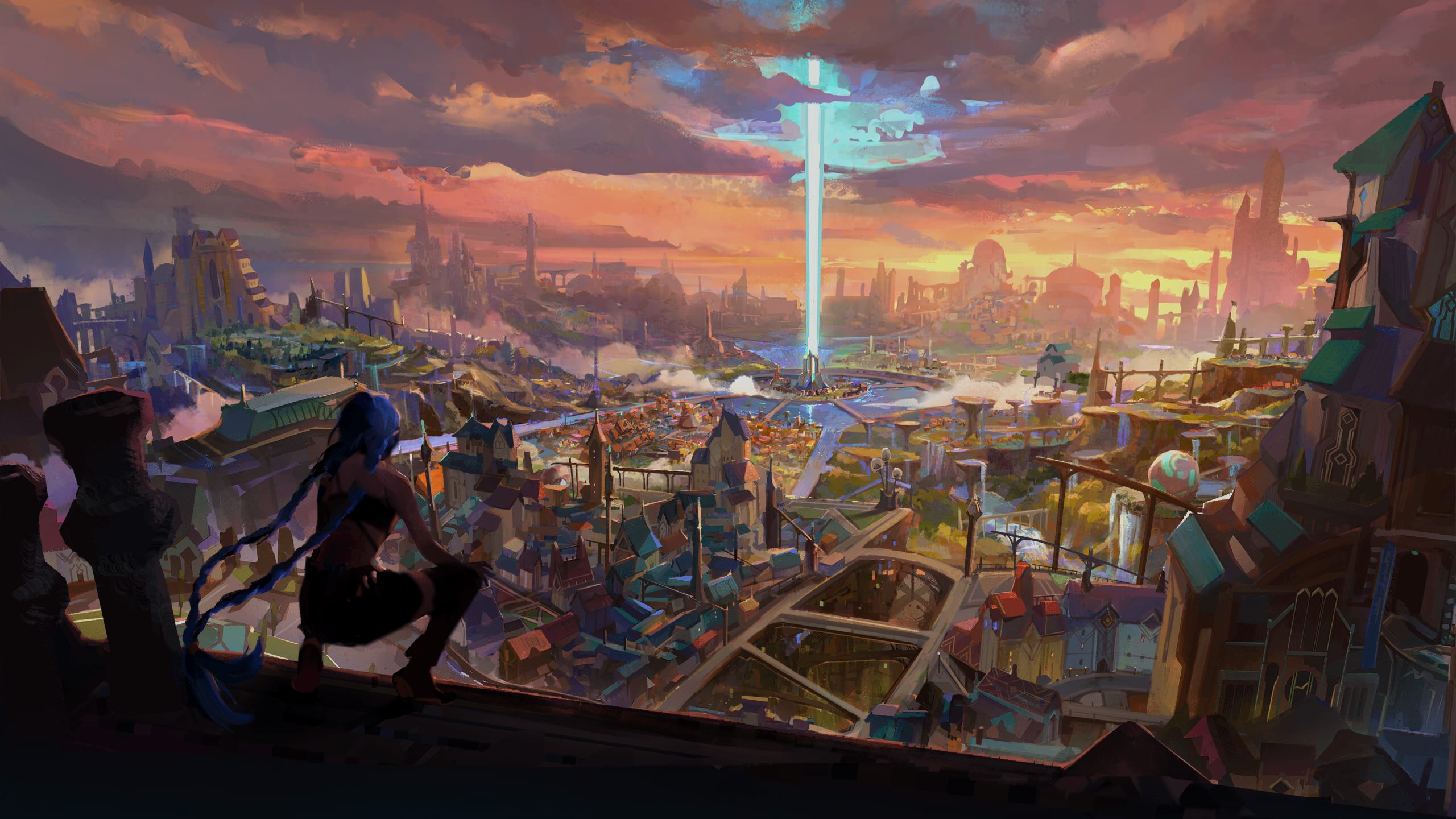 In a post to Reddit earlier today, a user by the name of FelixEylie showcased their model of League of Legends’ twin cities Piltover and Zaun made entirely of LEGOs. In the post, FelixEylie says the model is based mostly on the versions of the cities that appear in Arcane, the recently released Netflix series based on League.

The LEGO model itself is divided into two sections, with the upper portions of the piece focusing on Piltover, while the mid-section and lowermost areas represent a recreation of Zaun. Throughout the model, specific landmarks from the two cities can be seen. Fans of Arcane should recognize many of the recreated LEGO structures immediately from their presence in the show.

In the far left corner of the LEGO model, the Hexgates of Piltover rise high above the rest of the city, while directly underneath the Hexgates, the University of Piltover can be seen, with a congregation of LEGO minifigures waiting outside it. Minifigures of Jinx and Vi stand locked in battle at the very center of the Piltover model.

Further below the University, the Chem-baron Tower can be seen rising above all of Zaun, even stretching into the lower sections of Piltover. In Arcane, the tower plays host to a scene where Silco poisons the Chem-barons with ominous gas in the seventh episode of the series.

The Last Drop, the infamous Zaunite bar featured prominently in Arcane, can be found in the center of the model, with its trademark neon signage outside. Dozens of LEGO minifigures can be found around the area. If fans look closely above the Last Drop, they’ll be able to see a recreation of Jayce looking over Zaun while holding the Mercury Hammer. In the bottom-right corner of the model, the Firelight Hideout can be seen, complete with its standout tree and mural showcasing the “Lost Children of Zaun.”

The piece’s creator said on Reddit the entire cast of Arcane can be found if you look closely enough, while other Easter eggs can be spotted across the model.