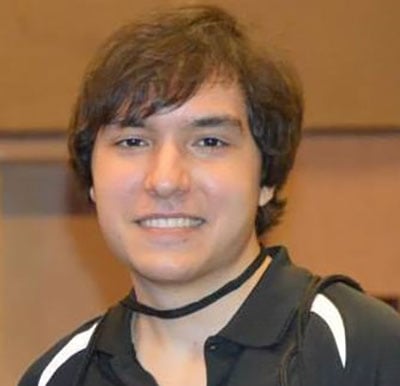 In League of Legends, Riot dictates the meta.  At any moment, the strongest champion picks, lane setups, and item paths could change all for Riot’s brand of balance.  Often, these changes can cause the meta to be based around varying picks and setups, forcing players into the dreaded four versus zero sidelane fast push, or junglers onto tanks during the Cinderhulk renaissance, or mid laners onto Ezreal during the Runeglaive debacle. Moreover, rather than letting players determine counterplay to these strategies, Riot will nerf or buff them, forcing their own changes.  Sometimes, these changes can destroy even the best players and teams, as seen with KOO Tigers’ meteoric collapse at IEM Katowice.  Despite these constant changes, the general setup of the game has been relatively consistent: a support and ranged AD carry duo, carry mid, and bruisers top and jungle.  At different times during League’s history, roles rise and fall in their prominence and importance in victory, but the roles have always had the same general skeleton. Few professional teams have tried to break free from this setup, sometimes failing spectacularly as TSM’s infamous Xin Zhao and Annie duo lane game did. Teams often spend more time practicing and adapting to the current patch than creating entirely new team strategies.  Imagine if, say, during a break where a team might have time, the game remained completely unpatched and League’s best minds could “reoptimize” their game. Interestingly enough, this is commonplace in other big name e-Sports where players dictate meta changes and seek to constantly improve the game with less interference from their respective producing companies.

League is an infant compared to the still prevalent Super Smash Bros. Melee in terms of meta optimization.  Melee is a prime example of when a gaming community is given near unlimited potential and complete freedom to improve their game and the time to do so. Players, some having been professionals for over ten years, still discover new skills and strengthen their play, often finding game interaction and technique not initially planned by Nintendo.  Even today, tech is improved and discovered: different players bringing once thought of as “low tier” characters into the realm of viability (as aMSa did with Yoshi), others seeking to perfect top tier characters so they remain major tournament winners, so much so that the optimization of Fox has gained a memetic quality within the smash community (the year is 20XX…).  Melee also took so long to reach this point because it is bound to the offline console, so players were more limited in learning advanced technique quickly.  In an online and more expandable game like League, the possibilities are less limited than a packaged and sealed game, and new meta could develop and spread faster through internet resources and constant online practice.

Counter Strike: Global Offensive is another example of a constantly evolving competitive meta without constant balance changes.  Valve occasionally will make the same kind of meta altering changes Riot does: the rather questionable nerf of the sniper rifle, the AWP, the nerf of overpowered pistols, and the changing of competitive maps to balance the Terrorist and Counter Terrorist sides. For the most part, however, Valve are relatively hands off, and players are able to optimize and dictate a meta through their own creativity. One of the strongest examples of this was a single strategy on the map “Mirage,” where the unknown Brazilian team Keyd Stars used five smoke grenades to wall off the A bomb site and take control of the round, all of this against the decidedly best team in the history of the game, Fnatic. Without any changes in actual gameplay, the map balance of Mirage shifted from a very Counter Terrorist favored map to much more balanced one, forcing teams to brainstorm and strategize to eventually restore the traditional CT favoring of the map.  CS:GO as an e-Sport, while not perfect, is a prime model of the producing company not overstepping their reach as balancers, often going too far the other direction and leaving unhealthy and stagnant strategy unchanged (Inferno Banana Smokes, the reign of the CZ-75 and Tec-9, general Cobblestone and Overpass design before their reworks).

So what is the goal?

What should Riot’s balancing goal be?  With Riot saying that worlds will be on patch 5.18, and that the patches until then will not have big time changes, this stretch of bootcamp is the perfect time for teams to immerse themselves in the current meta. While the community complains bitterly about the “unfun” new Juggernauts, Riot (giving them the benefit of the doubt here) is trying to encourage players to figure out their own counterplay without hard coded balance.

For all we know, the optimal way to play a Juggernaut like Garen is to intentionally feed to get the nemesis passive going, and the optimal way to counter this is to buy a kill stacking item like Mejai’s.  Maybe the “5 minute inhib” strategy that surfaced in season three is actually the best way to play the game if ran correctly, with only very specific pick-ban strategy to beat it.  By forcing the player base to learn the game rather than just wait for a new patch, the meta develops and optimizes to find the best strategies and their respective counters, the pinnacle of “healthy” gameplay; where no one strategy triumphs and teams have unique playstyles.

This should be Riot’s goal: see how the current meta is optimized and plays out at Worlds, decide if it allows for differentiated playstyle and team compositions, and then try being more hands off if it doesn’t crash and burn.  Allowing League’s best minds, the Kkomas, the Chausters, to adapt to their opponent’s strategy rather than the newest patch will allow for the kind of innovation seen all across e-Sports. When the meta runs dry and it’s clear everyone has tried everything, then Riot can and should make healthy changes, but constantly changing the game without giving players the chance to problem-solve is insulting to their ability as thinkers.

Photos courtesy of Smash the Record and Riot Games.