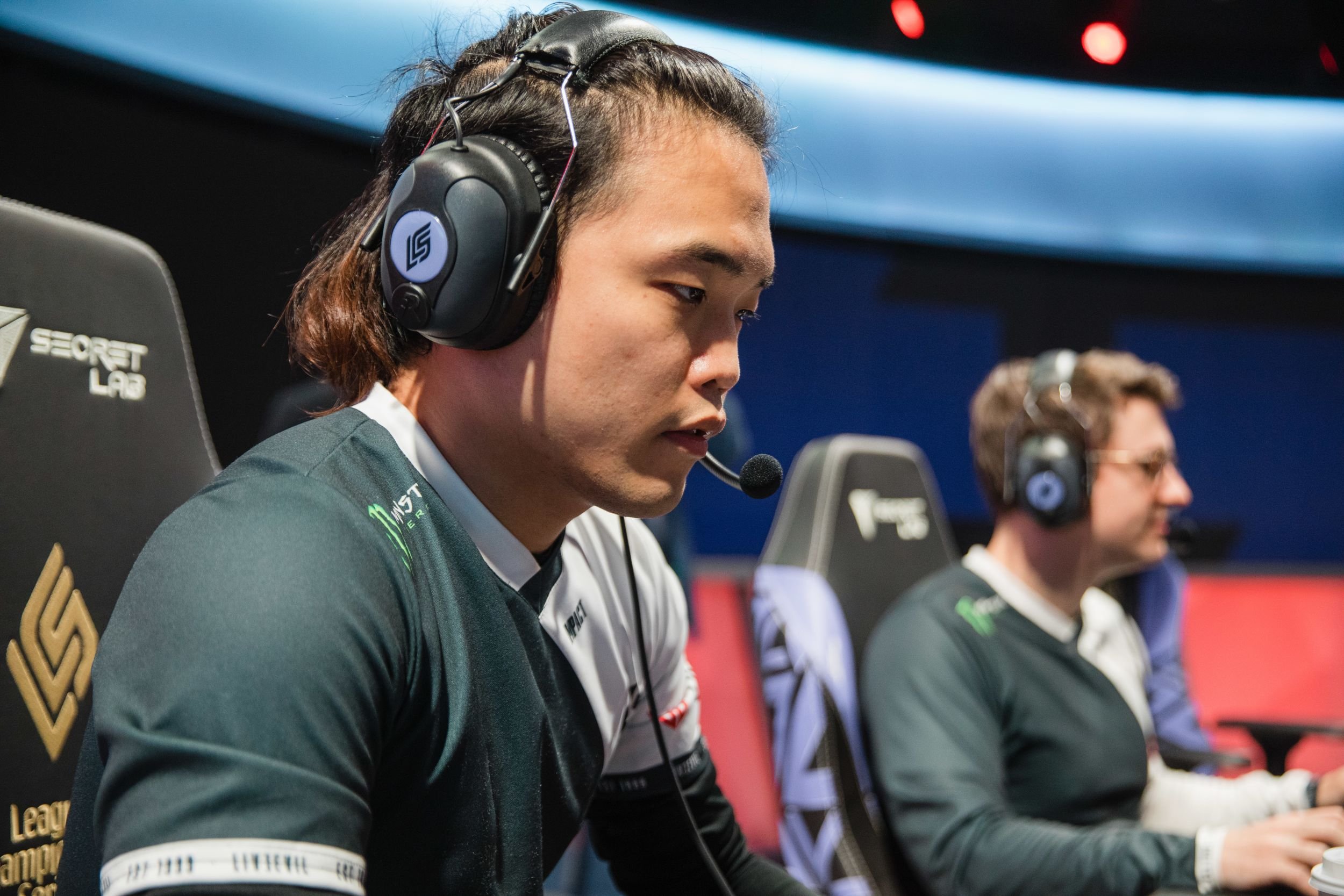 With a healthy number of rookies and imports coming into the LCS in 2022, the competition has become even fiercer for players who made the League of Legends league their home in seasons past.

Fiery, young rookies are fiending for a chance to prove themselves among the big names of the league. Some notable free agents have made the switch to NA for the first time, eager to test their skills against a whole new set of challengers. But only a select few will be able to truly rise above the rest and become champions.

This weekend was a great example of the steady competition set for LCS fans this year, even though some teams might not have their full rosters until the 2022 Spring Split begins next month. Top teams have performed well, other teams have showed promise, and everyone is finally warming up to another year in one of the most exciting regions in the world.

Here is the LCS Team of the Week for the first weekend of the 2022 Lock In, where the best player in each position has been voted by the League writing team at Dot Esports.

The LCS’ most decorated top laner has returned. Impact is already leading the competition in his role. Surrounded by young talent each contesting for the best in role in their own right, Impact has shown he is still a consistent win condition for Evil Geniuses.

The top laner is a significant reason why EG are currently undefeated. Among top laners who have played all three games so far, Impact leads the role in KDA (5.9), kill participation (68.3 percent), and kill share (28.3 percent). Also landing in the upper echelon of laning stats, Impact has massively outplayed his opponents and opened up opportunities for EG to win through his lane and individual leads.

EG underwent significant changes for 2022, having onboarded three new players in Jojopyun, Inspired, and Vulcan. Impact’s steady, veteran presence in the top side has made this transition appear seamless. Heading into the next week of games, Impact will only continue to enable his team’s success.

While Cloud9 has its fair share of question marks across the Rift—from a role-swapped mid laner to relatively unknown variables coming from overseas in both the top and bottom lanes—the one player who shouldn’t pose any questions for C9 this season should be former MVP jungler Blaber.

And during the first week of the Lock In tournament, Blaber left no questions unanswered and posted a whopping KDA of 14.3 across Cloud9’s three victories. In fact, the C9 cornerstone died just three times during the whole weekend. Blaber’s KDA tops all jungles in the Lock In and is third out of all players participating in the tournament (behind only Liquid’s Eyla and Bjergsen), according to League stats site Oracle’s Elixir.

While Blaber might have bounced between his former MVP-level self and his alter-ego of “Crabber” at various points last season, he played like the best jungler in the LCS to kick off the 2022 Lock In tournament. If Cloud9 are going to out-do last year’s Worlds-top-eight-qualifying performance, they’ll need Blaber to have more weeks like this past one on a consistent basis.

While an honorable mention needs to be given to both Team Liquid’s Bjergsen and EG’s rookie mid laner Jojopyun, Fudge stood out as the best mid laner in week one of the Lock In. Across C9’s four games, he served as a primary factor in all of his team’s victories and led all mid laners across a number of statistical categories. Fudge dominated the entire LCS in kill participation, being involved in 86 percent of C9’s kills. Apart from his involvement in nearly every fight, he also led the league in average damage per minute at 797.

He was one of the top-performing mid laners in the early-game laning phase and averaged only slightly less CS per minute than Bjergsen and Abbedagge, who led all mid laners at 9.5 and 9.4, respectively. Fudge’s ability to garner leads in the lane and spread that lead to other lanes and in teamfights helped aid C9 in their successes. For a new mid laner, Fudge’s performance in week one inspires a lot of confidence for C9 fans who are hoping for another trophy.

We might be in a new season, but the league’s latest Rookie of the Year has picked up right where he left off this past summer by helping EG go undefeated through the first weekend of the LCS Lock In.

Now, some critics might have been worried about Danny being a flash in the pan, but this fiery young star alleviated those doubts for now by roaring to a 10 KDA through his first three games, according to Oracle’s Elixir. He has been downright dominant through the early game and even contributed to 66.7 percent of his team’s total kills. It also helps that he has the second-highest average damage to champions per minute in the tournament so far, exemplifying his willingness to trade and skirmish with the enemy.

His confidence is only continuing to grow, and he should continue to flourish under the guidance of veterans like Vulcan, Impact, and EG’s League head Peter Dun. The future is bright, and Danny’s explosive playstyle is lighting the way.

The Vulcan we know and love is back, this time sporting the black and red of EG alongside a team that has already shown great promise in a short time. Throughout the first weekend of the 2022 Lock In, Vulcan stuck to the hard-engage champions that he knows best while sprinkling in some “magical journeys” to bring the team to the top of the Lock In standings—including taking down the team proposed to be their top rivals, Liquid.

When partnered with Danny, the 2020 rookie of the year, Vulcan found new ways to shine. The aggression and map awareness the Canadian support is known for quickly became EG’s biggest assets, leaving Vulcan with 39 assists across the three games with over 70-percent kill participation in each. While it may take some time for fans to get used to Vulcan outside of the white and blue, the confidence he has demonstrated as a part of this new roster in only three days places him above the competition in the support role in the LCS.