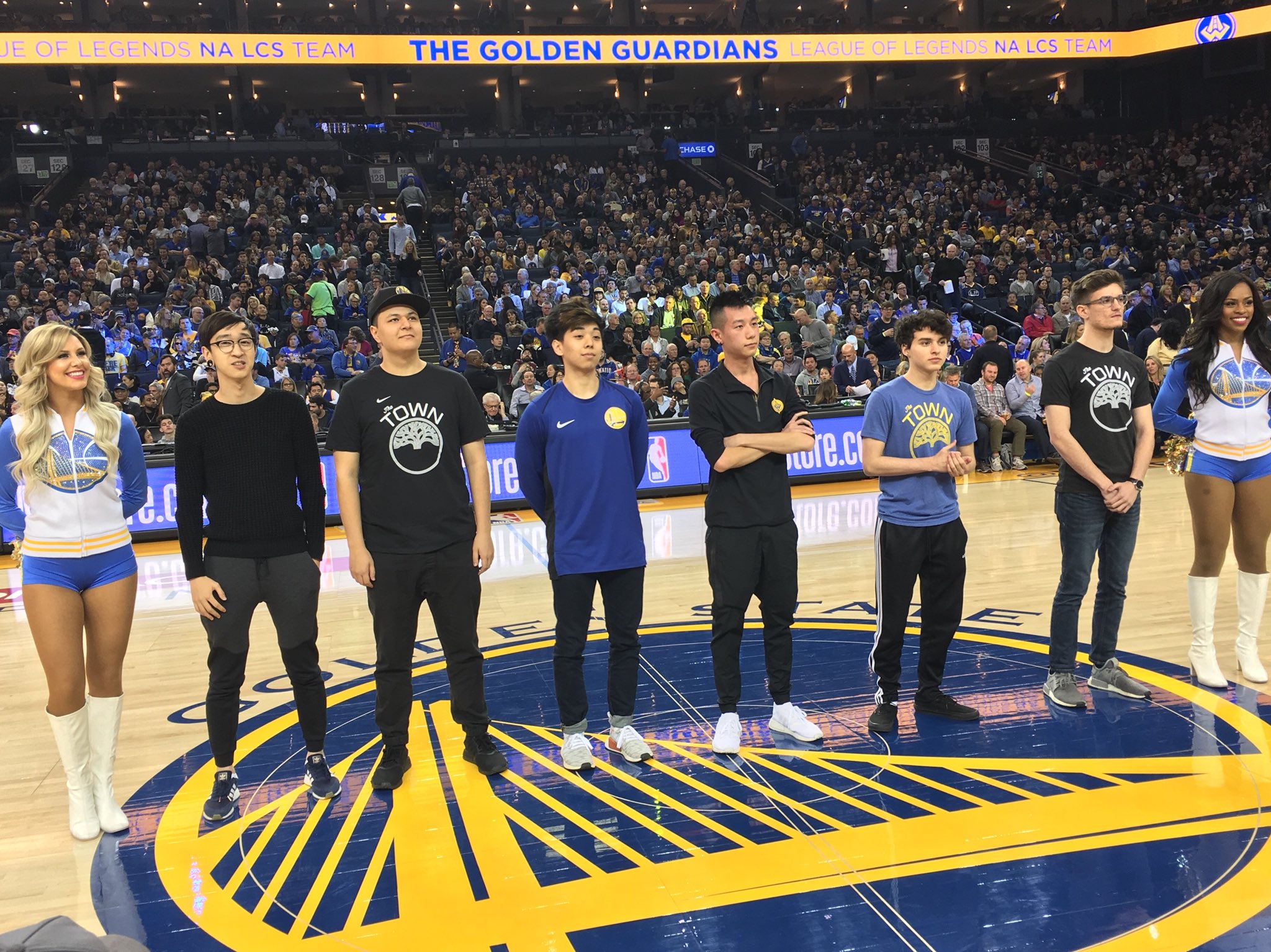 Last night, something incredible happened. The Golden Guardians, one of four new additions to the franchised 2018 NA LCS, were introduced to the crowd at a Golden State Warriors game.

Many fans and esports pros assumed that some of the newer teams, especially those operated by NBA teams like the Guardians or Clutch Gaming (founded by the Houston Rockets’ owners), would be advertised at the stadiums. Perhaps there would also be some sort of relationship between the LCS and basketball teams—but this is on another level.

Introducing an esports team to an NBA crowd automatically creates a bridge between the NBA and competitive gaming, even if the entire crowd wasn’t necessarily on board with the idea.

As cool as it is to see Kevin Durant walking behind Juan “Contractz” Garcia in any video, it was very hard not to cringe when the Guardians were introduced last night. The audio for the fans was cut out of the clip and on the original stream, but you only have to look at the fans in the background for a few seconds to realize how little they cared anyway.

Sure, it’s an important gesture that the Warriors organization values its new esports team as a part of its continuous #DubNation family, but the fans clearly aren’t there yet, and no one expected them to be. The general public isn’t too big a fans of esports, after all, and since NBA is a mainstream traditional sport, its fans typically fall into that category.

If you’ve never seen the general public’s attitude towards esports, all it takes is a quick scroll through the comments on any esports-related Facebook post from a traditional sports media outlet.

Take ESPN’s post about Lee “Faker” Sang-hyeok two years ago as an example. One comment reads, “This is stupid. Don’t compare this guy that sits on a computer all day to athletes who sacrifice bodies on the mat, court, field, or course.” Another says, “Don’t, just don’t compare someone who sits down all day and plays a game to people who actually train to develop skills that are much harder to do.”

Those sentiments are still very much prevalent in today’s sports community—and those that aren’t angry that esports is being compared to traditional sports simply don’t care about the industry to begin with.

The Warriors introducing the Guardians at the match, although full of cringe and awkwardness, was a step in the right direction. If more NBA fans realize that LCS fans are just rooting for their favorite pro teams, just like they are, perhaps the sports community as a whole will see the same.