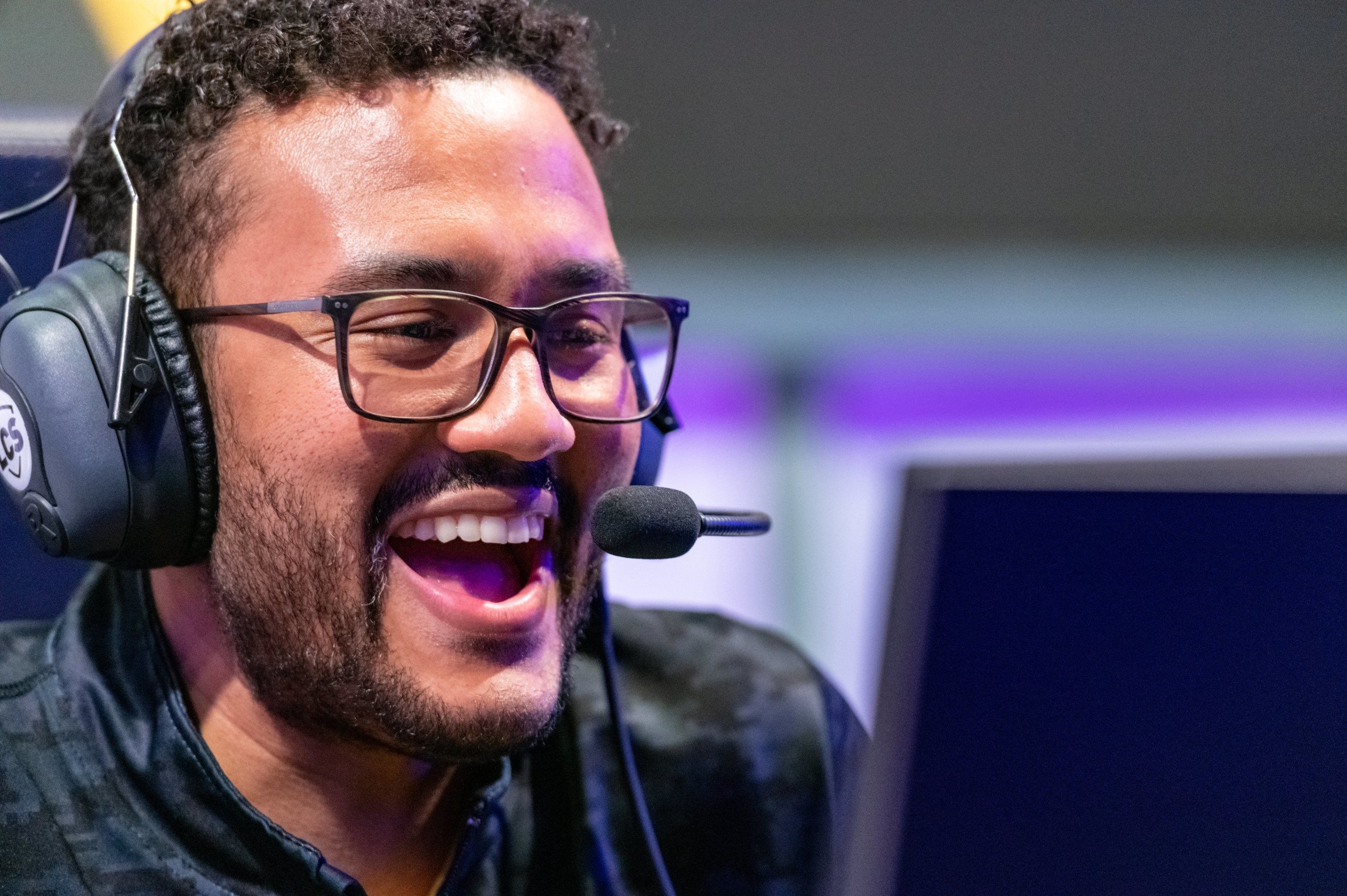 The 2021 LCS Spring Split is winding down. Just three games remain for each team in the league and only one of them, Cloud9, has secured a spot in the Mid-Season Showdown. The rest of the league (except the bottom three teams) are still vying for a chance to represent North America at the Mid-Season Invitational in May.

The LCS could realistically flip itself upside down between now and the end of the Spring Split. The nature of the league is more competitive and unpredictable than ever. More teams are embracing the “coin flip” approach, and as a result, the LCS is turning into an unpredictable landscape.

FlyQuest, CLG, and Golden Guardians were all eliminated from Mid-Season Showdown contention last weekend and their focus has subsequently shifted toward the Summer Split.

But since every game—including the ones from the Spring Split—count toward playoff qualification when the season comes to a close, this weekend’s matchups are going to be just as important for FlyQuest, CLG, and Golden Guardians as any other slate of games. Sure, these last three games still count for the teams when it comes to their overall records, but the main focus this weekend will revolve around how well these teams can play the role of spoiler. FlyQuest notably end their spring season with games against 100 Thieves and Dignitas, two matchups that could feasibly tip the scales of a playoff race if they go in favor of the underdog.

Keep an eye on CLG, in particular, next split. Since adding Pobelter and Broxah to the roster, they’ve seemingly found their footing. CLG have won three of their last four games and are threatening to end the Spring Split on a high note with favorable matchups against reeling teams in Golden Guardians and Evil Geniuses. If CLG can capitalize on some relatively winnable matchups and end the Spring Split in a much better spot than they started it, things should be looking up as the team prepares for a redemption tour this summer.

Both of these teams face a truly brutal slate of opponents in the final week of the season while they try to muscle their way through the logjam that is the LCS standings. EG get TSM, Team Liquid, and a CLG squad that seem to be finding their form and have nothing to lose as far as the playoffs go. Immortals will face off against 100 Thieves, TSM, and Cloud9.

Immortals offer consistency and are riding momentum. EG offer the exact opposite but are also easily the higher-ceiling team—who are 0-2 against Immortals. Case in point.

EG, otherwise known as Team Coin Flip, deserve to be in the playoffs for entertainment value if absolutely nothing else. They are still the only team not named Liquid or TSM to beat C9 and have legitimate carry threats in multiple lanes. Svenskeren has again been quietly one of the best junglers in the league, and as long as he stays off Dr. Mundo, he can be counted on to enable his laners and play intelligently. IgNar continues to show diversity in his champion pool and the creative, bold shotcalling we’ve become accustomed to seeing. Jiizuke is continuing to find consistency on an individual level on control mages, which, if this was last year’s Impact-less EG roster, might have been an issue. Speaking of the former world champion, what a joy it’s been to see him unlocked. The 2021 Lock In tournament will forever be known as the “remember that crazy run where no one banned Impact’s Renekton” tournament and he’s proven he can be a carry or flex onto tank duty if needed. Impact has the highest kill participation of any top laner (70.3 percent) and the third-highest kill share (22.5 percent), according to Leaguepedia.

While it’d be exciting to see Immortals potentially join Dignitas in the playoffs after the region’s pundits had written them off before the split as bottom feeders, it’s hard to envision a world in which they pull off an upset in a best-of-five. Raes and Destiny have been playing good League lately and the former has found a bit of a pocket pick in Tristana, which has helped their flexibility in the draft. Unfortunately, they need it. Xerxe has played the fewest unique champions of anyone in the league not named Pobelter or Ry0ma, who have both played only six and three games, respectively. Even Broxah has played more champions in six fewer games. Similarly, Insanity is above only PowerOfEvil in that metric for mid laners. But the aforementioned Raes has played 10 unique champions in 15 games, by far the most of any ADC—and four of those are multi-lane flex picks to boot.

Two of these teams—100 Thieves and Liquid—were riding high with massive expectations coming into the 2021 regular season, while the other one—Dignitas—was pegged from all angles as a team destined to scrub the floor of the LCS throughout 2021. In true LCS fashion, though, Dignitas have been nothing short of a bolt from the blue this season, while Liquid and 100 Thieves are fighting for their playoff lives coming into the final week of the Spring Split.

With just three games left on the schedule for each team, the three squads in the middle of our rankings find themselves teetering on the edge of a potentially volatile, split-defining weekend. Dignitas, who sit just one game out of first place, will have a chance to leapfrog (or at least tie) C9 at the top of the LCS when they face off against North America’s top team on Saturday, March 13.

100 Thieves and Liquid, on the other hand, have their own petty squabbling to worry about. The two teams face off against each other on Sunday, March 14, the final day of the Spring Split.

And while it might be a painfully obvious, downright freezing cold take to suggest that whoever wins that game will most likely secure a higher seed heading into the playoffs, it’s still worth noting what might be the most enticing matchup of the weekend. If C9’s losing ways continue this weekend after a 1-2 performance in week five, the house of cards at the top of the LCS might finally come crashing down and these three squads could be battling at the peak of the league for what could be the No. 1 seed.

Fight to the finish: Cloud9, TSM

C9 fans shouldn’t be surprised to see their team at the top of the league. An explosive offseason with one of the biggest signings in North American history culminated in yet another highly successful regular season performance. But their sights are set on the true prizes of the split: another LCS championship and a chance to finally represent NA at MSI 2021.

And yet, things aren’t completely set in stone for this star-studded roster. They’re coming off one of their worst weeks of the Spring Split, having lost two games in a row for the first time this season. In their game against Liquid, both Perkz and Fudge made some crucial mistakes that put the match in their opponent’s favor. Against TSM, C9 had a massive early game lead due to a successful jungle invade but TSM clawed back and mounted a miraculous comeback.

C9 fans have to hope that this isn’t an indicator of a slump and is instead a sign of the team sitting back and preparing to come back full force in the playoffs. Perkz has shown multiple times that he’s a different beast when it comes to the postseason, so we could see him elevate his game even further next week.

Meanwhile, TSM have shown tremendous growth over the past season. It took them plenty of time to adjust to a completely new roster and coaching staff, and their early-season performances showed that. But as soon as they were able to find an identity that worked, they went all-in on making that playstyle as strong as possible.

By placing Huni on weakside duty and having Spica play around the bottom lane with SwordArt, TSM have found a winning recipe that’s made them the second-best late-game team in the LCS, according to Oracle’s Elixir. Whether they’re snowballing a lead or fixing a troublesome early game, TSM can fortify themselves and find advantages across the map to push their lead further or come back from a deficit.

Although there are other challengers that could make noise during the playoffs, TSM have shown a level of mid-to-late game consistency that we haven’t seen from them in a long time. They’ve also won six of their last nine games and could end the split with a ton of momentum. Their final games are against EG, Immortals, and Golden Guardians.