The LCS standings are a mess, so it’s a good thing we have power rankings. 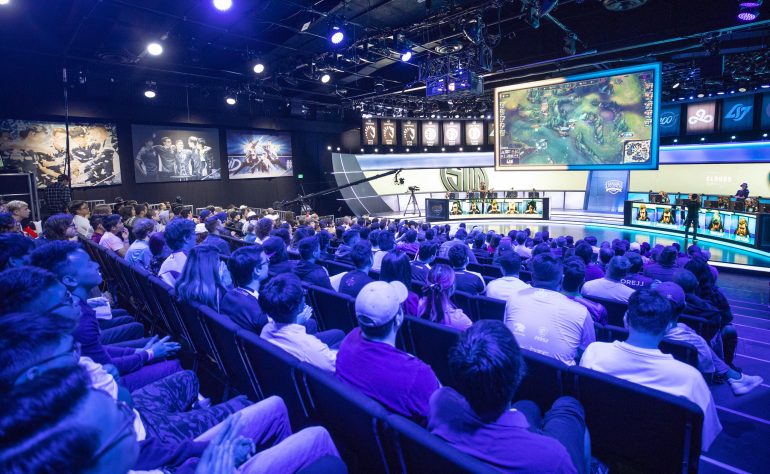 After three weeks of play in the LCS, we’re right back where we started. Amazingly, six teams are tied for first place with identical 4-2 records, and Clutch Gaming are right behind them at 3-3. It’s also hilarious that the three teams at the bottom are likewise tied with just one win apiece.

That’s why we do these power rankings: for when the standings break down and the LCS turns into the mess we love it for being. As always, we had our analysts rank each team from one point (worst) to 10 points (best). And despite how close the real-life standings are, we were actually mostly in agreement, with only two teams tied in votes:

Here’s how we got into this mess:

This has been one hell of a bummer split for FlyQuest. After making it into the second round of the Spring Split playoffs, all talk was of what they needed to do to crack the top two or three.

Instead, the Summer Split has been a disaster. Losing to Liquid last Saturday was expected. Sure, FlyQuest probably wanted to upset the league leaders, but given their state of play at the time, they were massive underdogs. They at least snuck a Baron that saved the game from total obliteration.

But then they turned around and lost to Clutch despite being handed a massive advantage in the lane phase by Clutch’s lane swap shenanigans. Sure, they got plenty of side lane farm, but every time Clutch grouped, FlyQuest fell apart. That’s not a good thing in a region where teams love to group in the mid lane.

100 Thieves finally picked up a win that was gifted to them by the schedule since their opponent that day was Echo Fox. Echo Fox are just that bad right now. They’re trying young players, but unlike even 100 Thieves, it doesn’t look like they have a plan for what to do with those players. If you just throw rookies into the fire, it’s difficult to tell what you have at the end besides lumps of coal.

100 Thieves should run back the same composition while drafting meta mid laners this week. If that works, they know that mid lane priority can fix a lot of the team’s issues. But if they aren’t successful, they’ll have to look to other places—like the underperforming bot lane—for the next iteration of fixes.

The number of tiers in our power rankings can vary from just a few to many depending on how closely the teams are in relative strength. And even though our rankings are more varied than the LCS standings in which everyone is tied, we still feel like these teams are close enough together to lump them into one tier. It truly feels like anyone in this group could beat any of the others on a given weekend.

Golden Guardians look great when they get comfort picks and aren’t pushed too hard in the early game. CLG are similar, but their early game tends to be a bit more aggressive. Clutch don’t really care about comfort. They care about fighting and flanking with teleports, which happens to be very effective in the current meta.

OpTic fell back to Earth with two losses last week, but those losses weren’t actually that bad. Their side lane control has improved a lot this split and they even won a Baron over Liquid on a smart and well-executed call. They weren’t able to close things out, though, and Liquid stole the second one away. Still, it was a sign that they can hang with the best teams in the region. One team that wears green is trying to crack the top three this split, but it’s a surprise to everyone that it’s OpTic.

The unfortunate thing about this tier is that none of them play each other next week—they all play either the teams ahead of them in the standings or those below. The likely result is that they all go 1-1 for another week of ties.

These three teams are still probably the best in the region, but at some point, they have to get real and start taking things seriously. TSM had the best week, defeating C9 in a rivalry game by taking advantage of C9 mid laner Yasin “Nisqy” Dinçer’s attempt at playing Yasuo. It also helped that a massive Poppy ult from TSM top laner Sergen “Broken Blade” Çelik knocked C9’s major source of damage away in the game’s last fight.

Liquid have things to fix, too. We’re not sure if it’s laziness, indifference, or a true gap in their understanding of the map, but giving up first Baron in both games last week wasn’t a good look for a team that fancies itself a contender for more than just regional titles. You could argue that OpTic should have had the second Baron, too. Liquid better clean up their vision and objective game to even stay on top of this region.