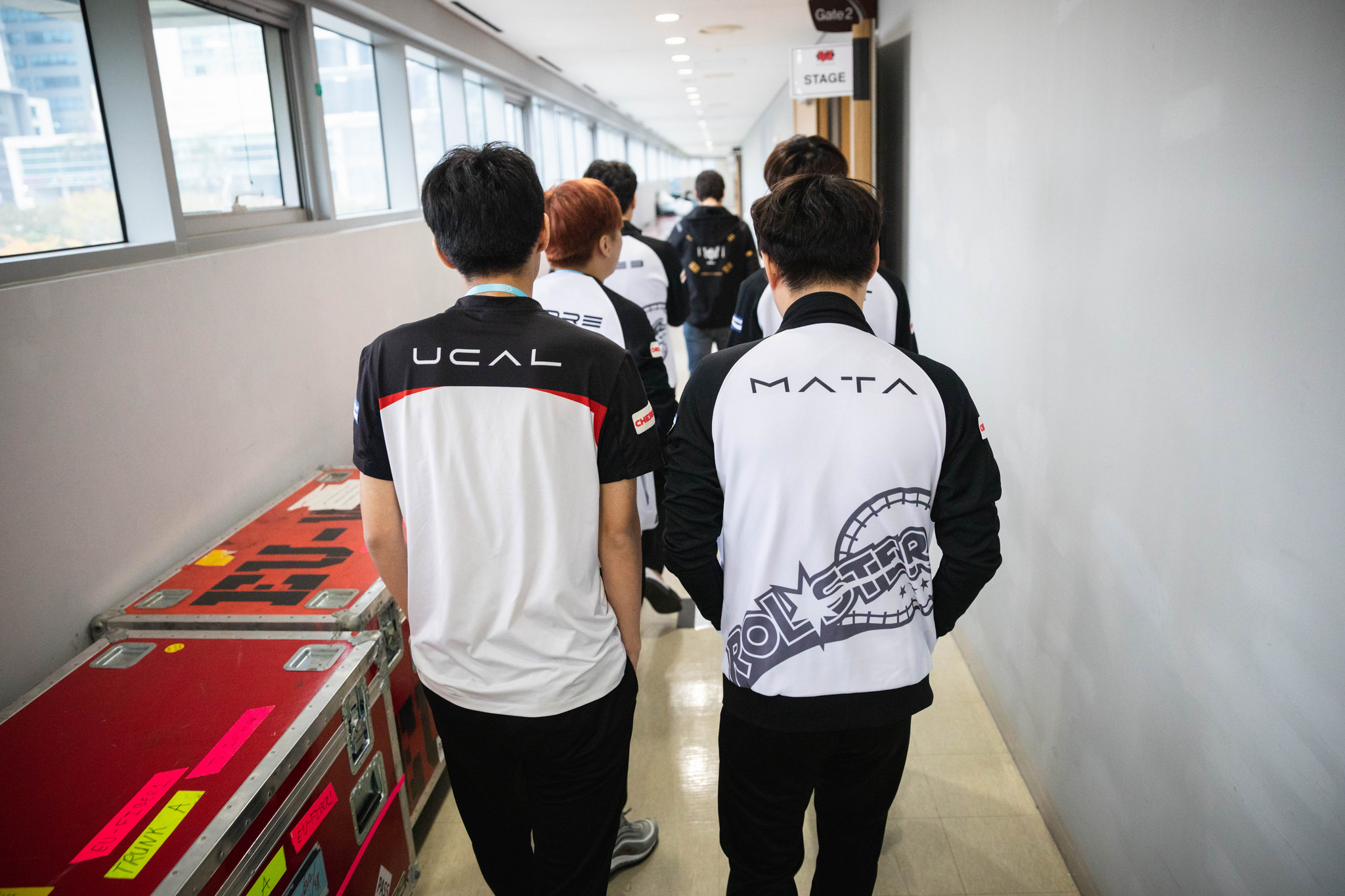 KT Rolster’s first half of the group stage was a flawless 3-0, which certainly makes sense for perhaps the strongest team at the tournament. The only thing they needed to do to prove that they’re still the favorite team to win it all was show up for the second half, and that’s exactly what they did against Team Liquid today to secure their advancement. Although Liquid once again made some plays early on, KT whittled away at their confidence and forced the NA team back into a defensive position until eventually it was too late to mount a comeback.

After four straight dominating wins, the rest of the teams at Worlds this year have a very good reason to be scared of KT Rolster.

KT still have two more games to play for the day, and although they’ve already secured their spot in the quarterfinals, they likely still won’t let up the pressure on the rest of their group. After all, they now have a reputation on the line, and their strongest competition at the event, RNG, lost some games on their last day. If KT remain undefeated throughout the rest of groups, they’d certainly be putting a good foot forward in proving that they’re better than the LPL’s best.

As for the rest of the group, consider the ante officially upped. There’s now only one spot left open, and although EDG now have two wins on top of Liquid, there’s still a chance the NA underdogs can win their last two games of the group and force a tiebreaker. If EDG win one more game, however, Liquid’s days will be all but numbered.

KT’s opponent in the knockout stage hasn’t been determined yet, but the stage begins this Friday at 11pm CT.