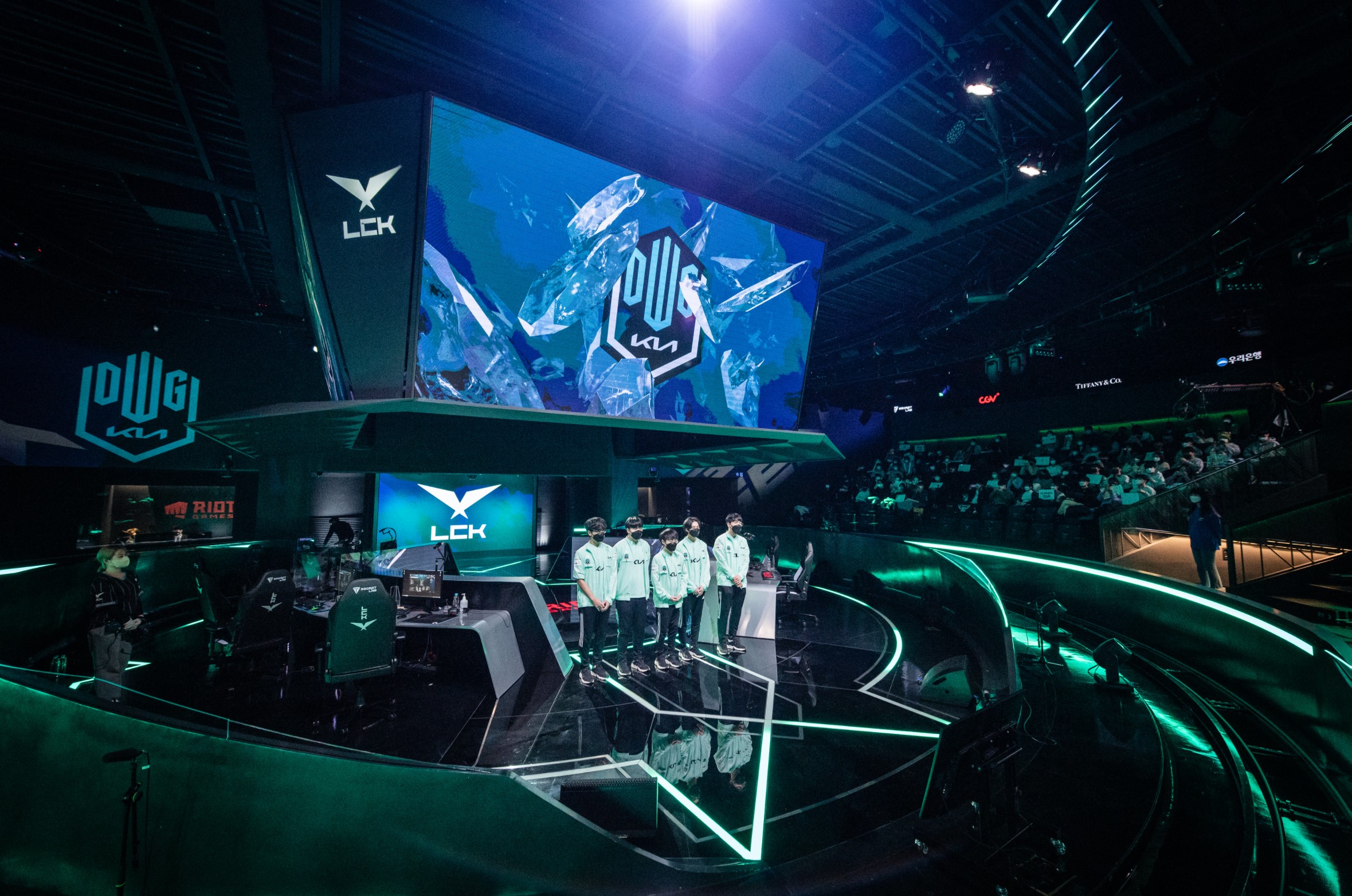 The LCK brought the thunder during the first week of the 2022 season, with upsets and nail-biting matches throughout the league. Taking into account the unexpected that results came from some of the league’s underdogs and instant classic matches were produced by its titans, the LCK is already proving to be one of the most competitive domestic leagues in this young season of competitive League of Legends.

To open the 2022 LCK season, most of the movement in our power rankings came at the bottom of our table, with the top four teams from our preseason rankings cemented in place. Still, one week of matches is not a particularly large sample size, and with eight weeks left to go before the end of the regular season, it’s fair to claim that there’s still plenty of potential for the LCK to be flipped on its head.

Here are our LCK power rankings after week one of the 2022 Spring Split.

DRX and Kwangdong Freecs were the two biggest movers in our power rankings this week, with winless starts for each of those teams forcing them to slide down the table. Kwangdong Freecs in particular started off their 2022 campaign with two ugly losses to T1 and KT Rolster, resulting in them moving from the “fringe playoff candidate” section of our rankings to “certified worst in the league.”

DRX, meanwhile, was thoroughly routed by both Gen.G and Liiv Sandbox this week, also failing to notch a victory in one game, let alone a series. It’s too early to say for certain if these two squads are already falling out of the playoff race. There are still eight weeks left in the split; there’s plenty of time to bounce back. Early results don’t spell well for these two squads, however. Even Hanwha Life, a team that we gave the title of “worst team on-paper” to in the preseason, squeezed out a victory last week. DRX and Kwangdong Freecs will play each other to close out week two, so if both teams are still winless by the time next Sunday comes around, someone’s going to have to get on the board eventually.

It’s still hard to pin down exactly how strong these two teams are, especially considering they’ve yet to play most of the LCK’s top contenders. But if first impressions are any metric of success, than Liiv Sandbox and Fredit Brion (who are already climbing up our rankings after an impressive opening week) might be able to hang around in the playoff discussion throughout the Spring Split.

Fredit Brion were involved in two series with 2-1 score lines this past week—one on the winning side and one chalked up in the loss column. 2021’s “giant slayers” looked particularly strong against T1 this past week (despite the loss), pushing the Worlds semifinalists to the wire in three consecutive 40-minute games. Brion jungler UmTi posted the strongest combined scoreline among all members of his team in that series, finishing 9/6/16 across three games after going toe-to-toe with T1’s Oner in the jungle matchup.

Sure, it might have been a head-scratching organizational move to keep Brion’s relatively weak 2021 core intact, but developmental cohesion across a lineup of five players is invaluable in League of Legends. If Brion’s lineup can continue to put up competitive performances against top teams in the LCK—while still growing as a unit—there’s immense potential to outpace last year’s 10-26 match record.

Not much to report: Nongshim RedForce, KT Rolster

Nongshim RedForce and KT Rolster are still mid-level playoff contenders, just as they were in our preseason rankings. Neither team showed us enough eye-catching results to sway our views of them dramatically. Both fall into the mid-tier soup of teams that went 1-1 to open the Spring Split, and it’s going to take a lot more than two matches to alter our perspectives on teams that didn’t necessarily intrigue us for better or worse in the first place.

If there’s any major result from last week to keep an eye on from these two teams, it would be Nongshim’s 2-1 loss to Hanwha Life. A loss against the gutted remains of a former Worlds qualifier doesn’t look great on a résumé and could potentially come back to bite Nongshim later down the line should tiebreaker scenarios play a factor down the stretch. Still, we feel as though Nongshim has enough relative strength in its starting lineup to warrant the fourth spot in our rankings. On-paper strength and potential still hold some weight early on in the season, and results aren’t everything just yet. We’re only a week into the season and the sample size of games on the table is still too small to determine whether a team is a title contender after just two matches.

Change as many players as you’d like, DWG KIA and Gen.G will still produce classic games. This weekend, the two re-ignited their rivalry with the best match of the regular season thus far (anywhere in the world, that is), with Gen.G support Lehends using an under-the-radar pick in Singed to secure a two-games-to-one victory for the team that still sits at the top of our table. If you haven’t watched that match (or even the highlights), we recommend taking a few moments out of your day to see some of the best players in the world set the standard for regular season League right from the season’s jump. From two of the best (if not the best) mid laners in the world in ShowMaker and Chovy trading blows, to a bottom lane matchup that featured Ruler and deokdam—one of the greatest AD carries of all-time and the reigning LCK Rookie of the Split—this match delivered on every one of the matchups and storylines that were thrown down.

Gen.G and DWG KIA were at each other’s throats all of last year, sitting atop the league until the very end of the 2021 regular season. Just one week after the slate was wiped clean, it’s obvious that these two titans brought all of the fire that they had last season into 2022, despite the fact that seven new starters are present in the longtime rivalry.

Furthermore, T1, the only other team besides Gen.G to boast a perfect record after one week, is still laying claim to the second spot in our power rankings. These three teams posted a combined record of 5-1 during the first week of the season, with the only loss among them coming to one of the other three. Although it might take a few weeks to definitively tell if Gen.G, DWG KIA, and T1 will have the same stranglehold they had on the LCK this year that they did in 2021, all signs are already pointing towards an electric season from each of these three powerhouses.