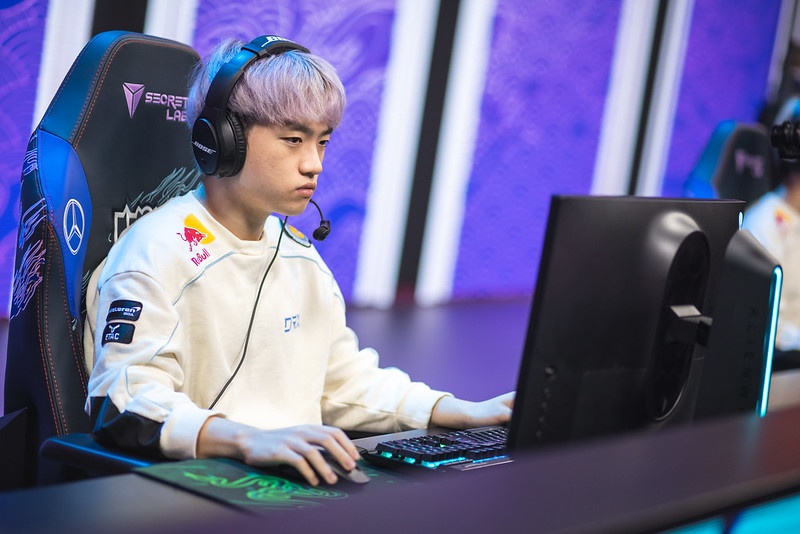 Fredit BRION took down T1 2-0 today in one of the most one-sided series of the 2021 LCK Spring Split.

Going into this League of Legends match, T1 debuted the eighth iteration of its roster composed of 10 players. The roster of Zeus, Oner, Clozer, Gumayusi, and Keria weren’t able to pick up their first win together against the underdogs.

The MVP votes today went to BRION jungler UmTi for his strong performances throughout the series. In the first game, he used Lillia to pick up all early neutral objectives and control the pace of the game from the jungle. In the second game, he used Taliyah for aggressive early-game plays, picking up an unofficial pentakill at 11 minutes. His combined KDA following his dominance today was 16/2/11.

The first game of this match began with a statement from BRO. They used their superior draft to win their laning phases. With most laners ahead, UmTi was free to roam around the map and pick up the objectives to help his team snowball. While T1 tried to put a stop to that pressure, they looked disorganized, which could be attributed to the squad’s constant roster changes.

Even though T1 were behind in kills, they were able to put up a good fight until BRO secured the Infernal Dragon Soul. With the buff on their team, Brion were able to push T1 into their base and finish the first game of the series on a high note.

Going into the second game, T1 opted to keep the same roster and completely changed their draft. BRO picked up a similar composition with a good source of backline damage coupled with a strong frontline. This set up a clear path to victory, while T1 relied on an early-game snowball to have a chance at winning.

After an early-game teamfight, UmTi picked up an unnoficial pentakill and took over the map with his impressive Taliyah mechanics. T1 tried to get back into the game by funneling resources into Kai’Sa, but they were eventually shut down by BRO, who finished the game after a 36-minute teamfight.

Following this victory, BRO (4-8) remain in ninth place in the 2021 LCK Spring Split. They’re a promising team that were able to deliver DWG KIA’s single loss this split. With a confidence boost following today’s win, they should be able to tackle their next challenge.

BRION will be back on the Rift on Sunday, March 7 with a match against DRX.