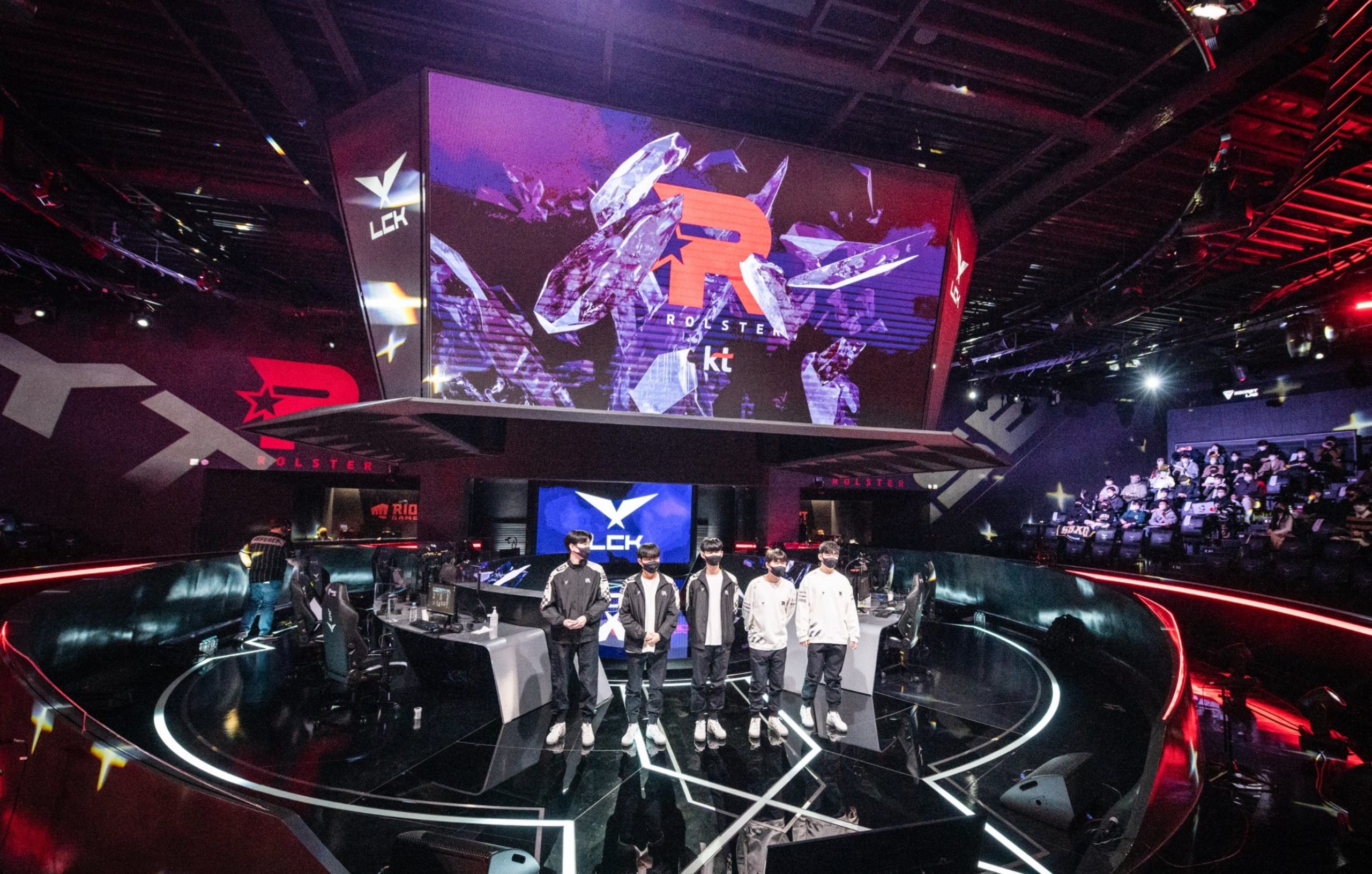 The LCK is on break this week in observance of the Lunar New Year, giving teams time to catch up and reset before the final six weeks of the Spring Split play host to the spring playoff push. And for some League of Legends teams, like the streaking T1 and DRX, a sudden stoppage of play could bring a halt to their snowball effect. For others, like the quickly sliding, last-place Kwangdong Freecs, a chance to reset and take a deep breath couldn’t be more welcome.

Most of the movement in our power rankings this week came in the top half of the table, with all five teams in the upper portion of the LCK’s standings all shifting positions in our rankings. Largely, that’s due to upsets across the board, as well as subtle movement at the back-end of the playoff picture.

Here are our LCK power rankings after three weeks of play in the 2022 Spring Split.

There haven’t been many storylines or exciting moments to spawn out of the bottom cluster of teams in the LCK this year. Hanwha Life, Liiv Sandbox, and Kwangdong Freecs have mostly traded places outside of the playoff bracket over the span of the season’s first three weeks. If anything, Kwangdong Freecs and their 2-10 record in individual games across six matches led us to our most confident 10th-place ranking of the season.

If there’s any one team to be excited about among these three when the LCK returns from break, though, it’s Hanwha Life. Although their 2-4 record leaves a lot to be desired, a win over Nongshim RedForce and a relatively close series against Gen.G earlier in the split suggest Hanwha have the potential to catch some of the LCK’s playoff contenders off guard. That theory will be put to the ultimate test in the first match out of the break when Hanwha Life square off against the undefeated T1 on Feb. 9.

On the cusp: DRX, Fredit BRION

After dropping their first three matches this season, DRX have knotted up their record at 3-3 and head into the early-season break as one of the hottest teams in the LCK. When play resumes next week, they’ll square off against KT Rolster and Hanwha Life—two teams that should present DRX with relatively winnable matchups if their recent hot streak holds any weight. Across that three-match winning streak, three of DRX’s starters—Deft, Zeka, and Pyosik—rank in the top six in KDA across the entire LCK while Deft leads the league altogether, according to League stats site Oracle’s Elixir.

As much as we wanted to give KT Rolster the third slot in our rankings this week based solely off of their stunning victory over the seemingly-unbeatable-prior-to-last-week Gen.G, a companionate loss this past week to Liiv Sandbox keeps KT just out of the upper echelon of the LCK. Plus, the fact that both DWG KIA and Nongshim RedForce own the early-season head-to-head against KT makes it tough for us to justify them as a top-three team in Korea in their current form.

Nongshim, DWG KIA, and KT Rolster all have immensely light schedules in week four of the Spring Split. KT will have two winnable matches against DRX and Fredit Brion on the horizon while Nongshim will combine a match of their own against Brion with a series against Kwangdong Freecs. For DWG KIA, Liiv Sandbox and Kwangdong await them once the LCK returns from break.

With bottom-half teams all on the docket for these playoff contenders, week four should serve as a bouncing-off point for all three of these squads, who are each holding an even record of 3-3 after three weeks.

As exciting as it would have been to see a “battle of the undefeated squads” on Feb. 12, Gen.G failed to uphold their end of the bargain when they lost to KT Rolster last week. Still, LCK fans should now, at the very least, have a few answers in regards to which of these two teams hold the upper hand for now.

T1’s leap-frogging of Gen.G in our rankings—while based mostly in their comparative records—is rooted in statistical differences, as well. As a unit, T1 lead the LCK across several facets of the game, including average gold difference at 15 minutes, overall dragon control, and total kills, according to Oracle’s Elixir. If their 6-0 record wasn’t enough to solidify T1 at the top of our power rankings this week, their complete way of playing League in 2022 certainly is.

Still, if Gen.G’s superstars are worth their salt, this won’t be the last time T1 and Gen.G flip-flop positions in the LCK standings (or our power rankings, for that matter). Depending on how their week four head-to-head match plays out, we could easily see another changing of the guard—or two—before the Spring Split is through.