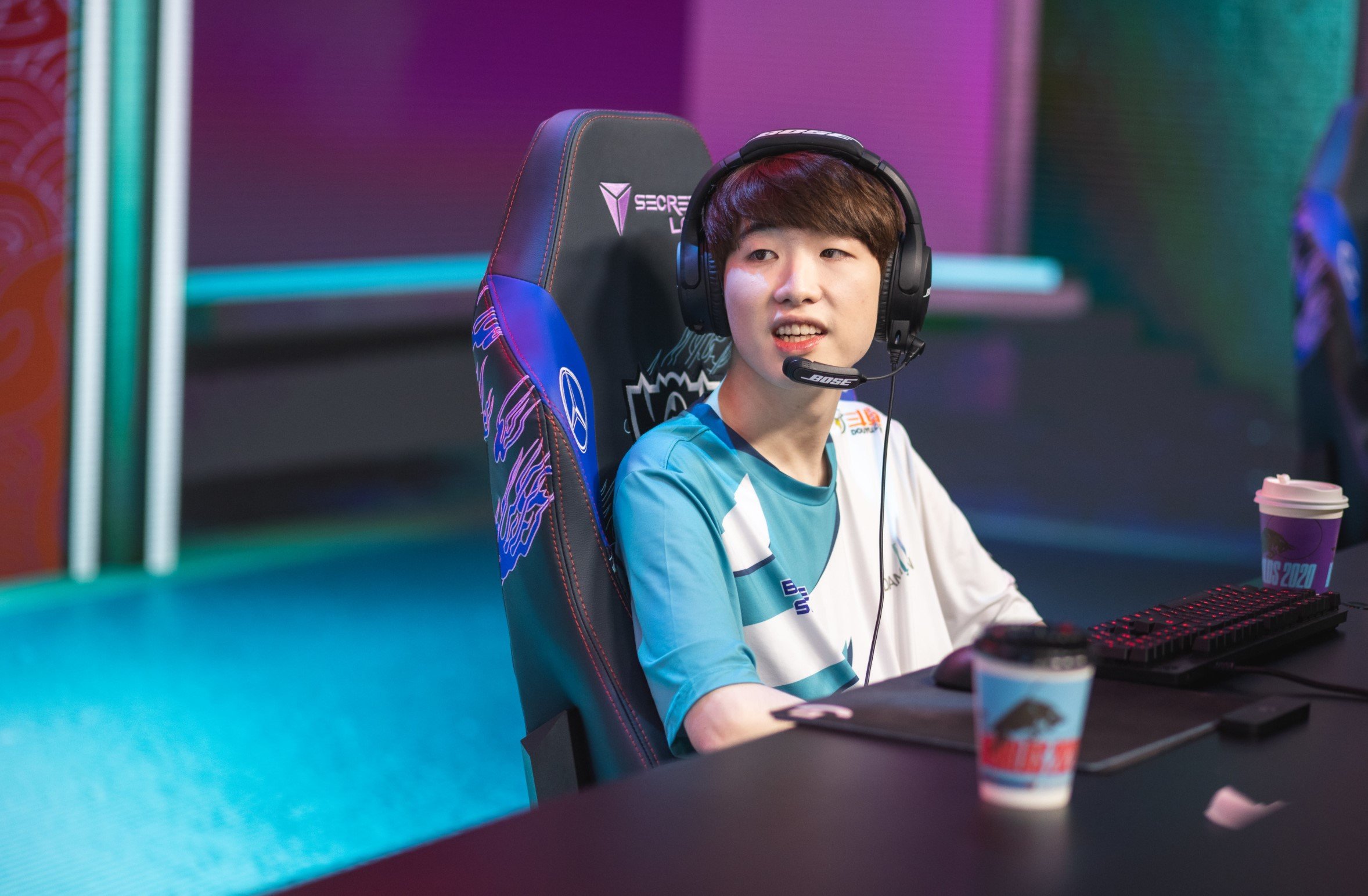 Just when we thought the LCK was showing signs of stability, the entire league became upended.

This week showcases more movement in our power rankings than any week in recent memory. The bottom half of the LCK has proved to be unpredictable and some of that chaos has seeped into the established playoff picture as well.

Now, with just one week left to play, most squads only have one or two games remaining before their Spring Split runs come to a close. Four days separate the LCK from the finish line and League of Legends fans should expect a raucous end to the regular split that quickly bleeds into a quiet, settled playoff picture.

Here are our LCK power rankings heading into the final week of the 2021 Spring Split regular season.

And so the first domino falls. Afreeca Freecs were the first team eliminated from LCK playoff contention last week. On the surface, that’s rough for the team but a seriously good omen for the league as a whole.

The fact that it took nearly an entire split for one team to get eliminated and nine squads are still very much in the running for a playoff spot with just one weekend left is a telling sign for what could be the world’s most competitive league. Had Afreeca maybe won a few more games throughout the spring, we could have been looking at a 10-team race heading into the final stretch.

Regardless, teams like KT Rolster and Fredit BRION are taking Afreeca’s place as contenders this weekend, even if they’re longshots. KT and BRION don’t necessarily have the same advantages that teams like Nongshim and Sandbox do heading into week 10 simply because they’ve dug themselves into massive holes over the course of the last few weeks. Both teams are objectively weak choices for a playoff spot right now considering their identical records of 5-11.

KT and their six-game losing streak stand out as the coldest team in Korea, if not the world. BRION and their match record of 2-5 against the playoff field as it stands wouldn’t put up much of a fight, either. While these two teams certainly have a shot at sneaking into the LCK Spring Split playoffs, our expectations for them won’t be necessarily high if they find a way into the bracket.

Imagine telling someone at the beginning of the Spring Split that the final LCK playoff spot would go to either Nongshim RedForce or Liiv Sandbox. If you told that to someone just two weeks ago, you’d get a few weird looks. The landscape of the LCK has changed so drastically at so many different points this split that it’s almost believable that these two teams are in the running for a playoff spot after lying down in the cellar of the league since January.

While it’d definitely be a lot cooler if these teams played each other at some point this week, we’ll have to read their schedules to get a solid idea of which squad could be moving on to the playoffs. Both teams play twice during the final week of the Spring Split, keeping the playing field relatively level. Sandbox play against Afreeca Freecs and DRX, while Nongshim will go up against KT Rolster and Fredit BRION.

Interpret that how you want and make your predictions accordingly, but we’re rolling with Nongshim. Sandbox’s schedule just seems a bit tougher on the surface in comparison to Nongshim. A relatively soft slate of opponents that include the consistently-underwhelming BRION and the cold-as-ice KT could make for a quick wrap to the playoff race. Additionally, Sandbox’s match against DRX should put a little fear in their hearts since DRX will surely be looking to jump back into the top four after getting bounced last week by T1. In short, Nongshim are facing two teams that they’ve already beaten this year and are on their respective last legs. Two quick series from them should shut the door on the playoff race.

Hanwha Life, T1, and DRX have all looked much more competitive and alive over the last few weeks—especially T1, who have quietly won five of their last six matches, only falling to DWG KIA by a score of 2-1. If all goes according to plan and Gen.G stay on track to lock up the second seed in the Spring Split playoffs, these three teams should end up finishing third, fourth, and fifth in some combination.

Hanwha Life have looked like the definitive third-best team in the LCK since about mid-February. But over the last few weeks, T1 have overtaken DRX as a potential fourth seed in the playoffs. T1’s four-game win streak came to a climax last week when the team took down DRX by a score of 2-0 and subsequently overtook them in the standings. This week, if T1 secure a win against Hanwha Lif, and get a little help from Fredit BRION along the way, a resurgent Faker and crew could theoretically find themselves sitting in third place when the split comes to a close.

Of course, penciling T1 into fourth place and DRX into fifth feels much safer as of now. But with how unstable the LCK has been of late, we wouldn’t totally rule out some more chaos near the top of the standings to close things out.

For the first time in two months, a team managed to defeat DWG KIA in a best-of-three series. Sure, everyone knew that DWG were the best team in Korea heading into their match with Gen.G last week, and even after, they’re still the best team in Korea—if not the world. But, at the very least, Gen.G’s win does make the march to the finish line a bit more intriguing.

Right now, the only team with a real shot of standing up to DWG in a playoff setting is Gen.G. If those two teams meet in a best-of-five, DWG would still have an edge, but they’d have to fight for it. Last week, Ruler, one of the only players in the league at this time who’s holding a candle to DWG’s individual talents, ran circles around DWG by putting up a scoreline of 15/3/14 in their series. If he and Ghost cross paths again in the LCK Spring Split playoffs, all eyes will surely be on that matchup.

Still, there’s some time separating the end of the season and the grand finals. But if Gen.G want to get there and inevitably seal the deal against a DWG team that’s had the advantage all season, they’ll have to first secure the two seed in the bracket by taking down DRX on Friday, March 26. Once that happens, we can start talking about the playoffs with a much clearer tone.