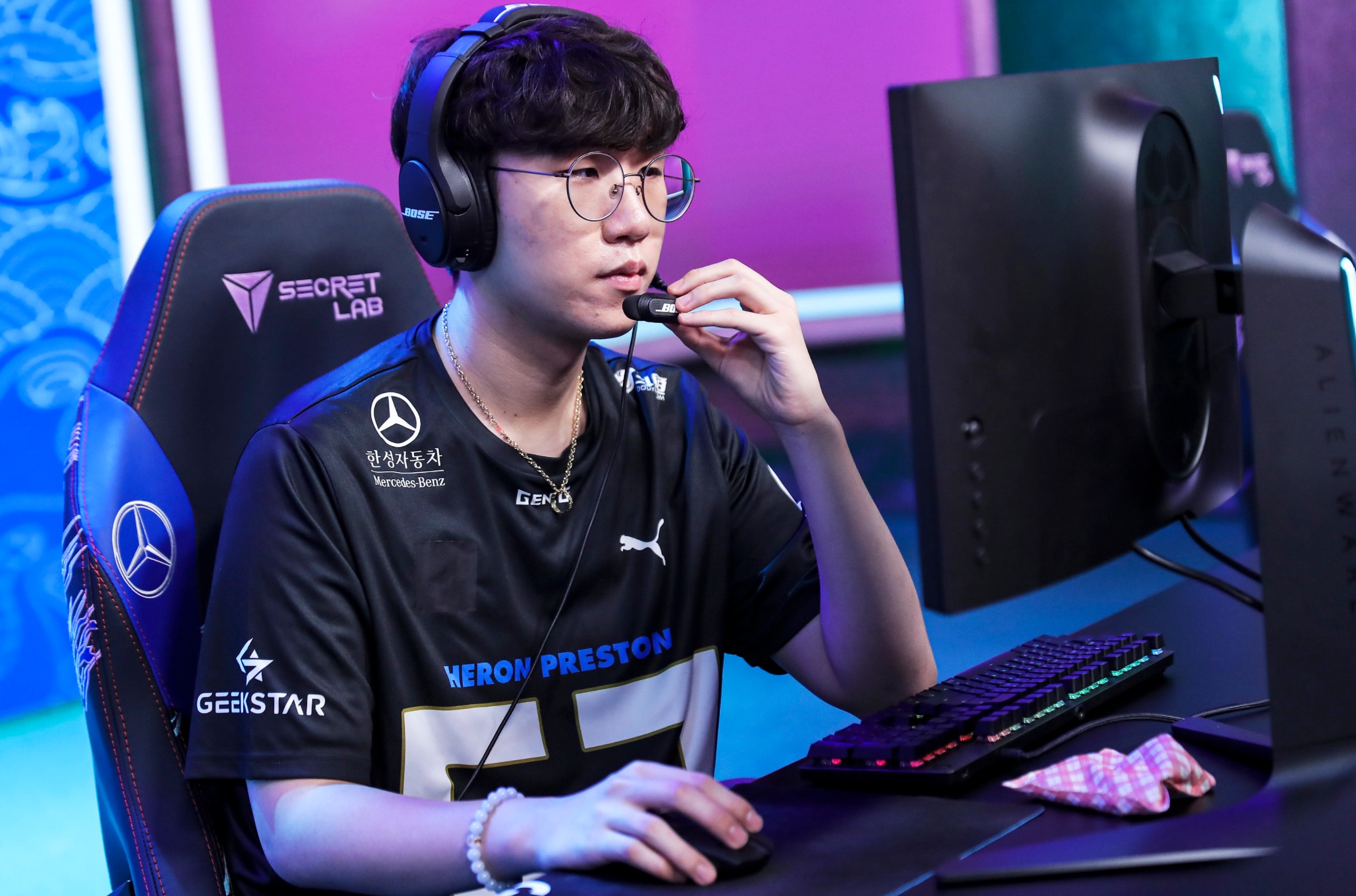 Just three weeks remain in the 2021 LCK Spring Split. The league’s playoff teams are essentially all set, but the major focus of the late-split races will come down to where the teams slot into the playoff bracket when it comes to seeding.

The LCK plays more games and gives its squads more time on stage than Western leagues, so it might be a while until we can officially say who the best League of Legends team in the LCK is. But if we’re all being honest with each other, not much has changed since week one of the season in regard to Korea’s top team.

DWG still holds the league with a vice grip heading into the final three weeks and much of the LCK is making one last attempt at dethroning the kings of the region. Here are our power rankings for the 2021 LCK Spring Split after seven weeks of play.

We can all but close the curtain on these three squads and their Spring Split runs. Even notable upset victories for Fredit BRION and Liiv Sandbox last week over T1 and Gen.G, respectively, probably won’t be enough to propel them back into the playoff conversation.

Each of these teams will play a top-three squad at some point over the next few weeks, with Nongshim staring down a schedule this week that could potentially eliminate them from playoff contention outright. Matchups against DWG KIA and Hanwha Life could be enough to throw the team into the dirt.

If any of the teams finding themselves in the 4-9 cluster near the bottom of the LCK have a shot at actually making a miracle run toward the back-end of the Spring Split playoffs, it’s Afreeca Freecs. With KT Rolster teetering on the edge, the Freecs sit just one match behind KT for a share of sixth place. The two teams don’t play each other again at any point during the Spring Split, but their respective schedules might just favor the underdog in this situation.

Afreeca will face off against Hanwha Life to open their upcoming week, but beyond that contest, every match should be winnable, if not at least a toss-up. BRION, NongShim, Sandbox, and an unpredictable T1 team each present Afreeca with an opportunity to close the gap in the LCK playoff race. For KT, those games against Nongshim and Sandbox are also present, but glaring contests against Gen.G and DWG could be major roadblocks for a team that’s fading fast. Keep an eye on how the schedule plays out for these two teams and don’t be stunned if Afreeca complete a late-split run that propels them straight into the playoffs.

Barring any major collapse or insurgent run from a bottom-tier team, it’s pretty safe to say that all three of these teams should find themselves clinching a playoff seed at some point in the next few weeks. While some of these squads are in a better position than others at the moment, it’s feasible to claim that the top half of the LCK is in a much better spot than the bottom half. The last two weeks have shown, in particular, that the differences between T1 and KT Rolster are practically night and day. Those two teams are ranked fifth and sixth—the practical barrier between the two halves of the league.

If any of these teams are going to clinch a playoff spot first, Hanwha Life are the squad to keep an eye on. This week, they face off against Afreeca and Liiv Sandbox—two very winnable matchups for one of the best teams in Korea. Still, Hanwha were given this exact schedule in week four of the Spring Split and they lost to Sandbox while barely eeking out a 2-1 victory over Afreeca. Since that point, though, they’ve won three out of five matches, with their only losses coming to Gen.G and DWG. As of late, Hanwha are beating the teams that they should be beating. Expect them to continue that trend this week and potentially lock up a spot in the LCK playoffs.

Last week, Gen.G joined DWG KIA among the only teams in the LCK to clinch a spot in the Spring Split playoffs. And with the way they’ve been playing, it wouldn’t be unreasonable to suggest that Gen.G and DWG will finish first and second in the standings.

If you look beyond the raw records, though, Gen.G have put up nearly just as many game wins as DWG this spring. Sure, the two teams are separated by two and a half matches in the standings, but Gen.G have paced themselves for one final chance at leaping over DWG in the standings.

Keep in mind that the last time Gen.G and DWG faced off, the series came down to a decisive third game. We’re not saying that DWG are going to be dethroned this late in the split, but if there’s going to be any team to get the job done, it’s Gen.G.

Still, 10 straight wins is nothing to scoff at and DWG most definitely have the firepower to extend that streak even further. It’s only a matter of time until we stop comparing DWG to their LCK counterparts and instead compare them to some of the other top teams from across the globe. Of course, nobody wants to count their chickens before they hatch, but this DWG team looks arguably even better than last year’s iteration of the roster.

Apart from one minor slip-up against Fredit BRION six weeks ago, DWG have looked the part of a team that’s fresh off a world championship and trying to repeat. The team will take on the only thorn in their side, BRION, this week with high-profile matchups against Gen.G, DRX, and KT Rolster to close out the split. If DWG can continue their winning ways all the way to the finish line, there’s no reason to believe that they shouldn’t carry on through to the playoffs—and potentially to the Mid-Season Invitational.