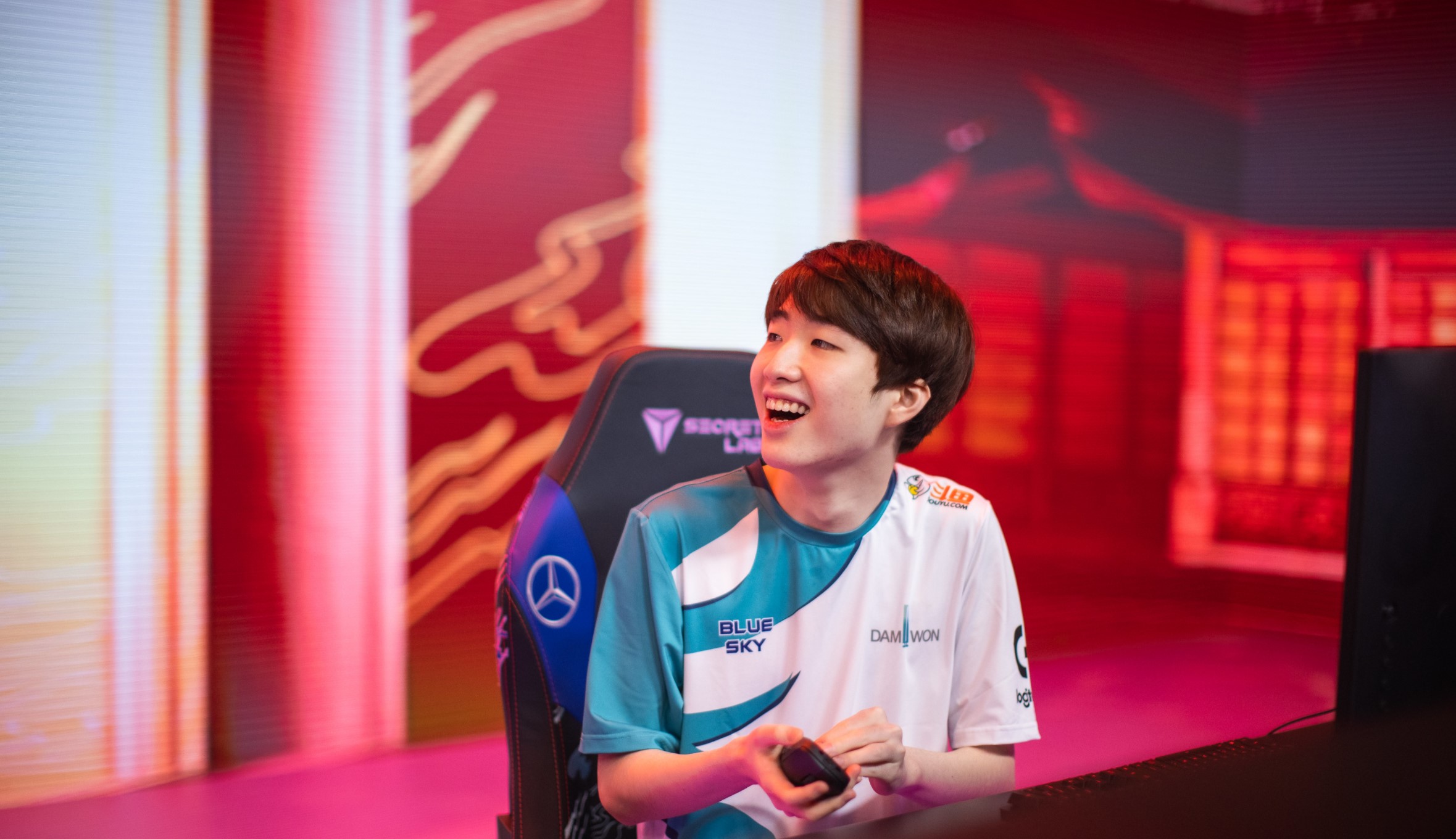 The LCK has moved past the halfway point of the 2021 Spring Split and teams are beginning to enter the home stretch of the season’s first half.

The race to the finish line has kicked off and each team only has eight games remaining on the schedule between now and the end of the split. And as time goes on, it’s becoming more and more clear which League of Legends teams will be in the hunt for a title.

Much in the same vein as last week’s power rankings, this week saw little movement across the board. The LCK has come into its own over the last few weeks and the few jumps between teams has become the mark of a stable league. Here are our power rankings for the 2021 LCK Spring Split after five weeks of play.

With two games separating the last team in the playoffs from the first team out of them, it’s fair to say that the gap between the contenders and the non-contenders is steadily widening in the LCK.

These four teams could easily hold down the bottom of the league for the next five weeks considering the gap that’s forming between them and playoff contention. These teams are just barely hanging on by a thread and will most definitely be in need of a strong winning streak to turn the tides back in their favor.

Only one squad in this bunch, Afreeca Freecs, has managed to post a win total that creeps into double digits. At one point, three weeks into the Spring Split, Afreeca and Nongshim were both in the conversation for potential mid-split runs into contention. But since that point, each of those two teams have gone on four-game losing streaks that have knocked them both out of the playoff picture. Now that the halfway point of the Spring Split has come and gone, it appears that a late-season miracle is the only avenue that these teams at the bottom will have to get back in the LCK Spring Split playoff discussion.

The “Telecom War” has become a war to hang on to a playoff spot as of late. KT Rolster and T1 occupy the last two spots in the LCK Spring Split playoffs right now. And while they’re definitely in a more favorable position than teams that are on the outside looking in, KT and T1 still have a lot of work to do before they can be considered contenders for the Spring Split title.

These two teams are in the toughest position in the league since their place in the LCK Spring playoffs isn’t locked down and they don’t quite have the firepower or proven results to be considered one of the league’s top squads. As of now, KT and T1 are stuck in limbo and will need to bust out in immense fashion to climb into the next echelon of teams before the season comes to a close.

This weekend, T1 will have the chance to make strides when they square off against DWG KIA in a week one rematch. Back on Jan. 15, T1 took DWG to the brink and barely lost by a score of 2-1. If T1 can finish the job this time around and upset the hottest team in the LCK (if not the world), it’d be a massive step in the right direction.

While DRX have a one-match advantage over Hanwha Life in the standings, Hanwha still hold the head-to-head advantage. Granted, the two teams haven’t played each other since the second day of the season and a lot has changed since then. But if DRX are going to continue to climb up the rankings, they’ll need to burn through the gauntlet of contenders before them.

It’s no secret that this DRX team is much better than anyone could have predicted coming into this season. The team’s 7-3 record is far ahead of its preseason expectations and a playoff spot is very much within reach. The fact that Hanwha Life are practically going blow-for-blow with Gen.G has been a surprise as well.

But this weekend, expectations will come to fruition when these two teams face off against each other. The contest could be a “moment of truth” game for both squads since the victor will easily prove that they have what it takes to live and thrive near the top of the LCK. If DRX’s rising stars in Bao and Solka are able to outshine Hanwha’s seasoned pair of carries in Chovy and Deft during that matchup, it might be time to solidify DRX as a genuine top-three team and a possible contender for the LCK title.

While DWG have looked all but unstoppable in terms of their overall record, the team has been malleable at times. This past week, DWG eked out narrow 2-1 wins over KT Rolster and Hanwha Life, barely extending their winning streak to seven games.

This theme of DWG winning by a score of 2-1 isn’t new. Although they’ve won nine of their 10 matches this season, DWG have given up at least one game to an opponent on five occasions this season, including the team’s 2-1 win over Gen.G on Jan. 27. Recent history has shown that DWG might be challengeable, after all—and Gen.G could just be the team to present further challenges down the stretch.

The four-way footrace for Spring Split MVP between ShowMaker, Bdd, Ruler, and Ghost is getting tighter and tighter with each passing week. Both of these teams are stacked with superstars and the deciding factor down the stretch will come down to which players among them will carry enough momentum to actually secure the LCK Spring Split title. The LCK’s 10-week long split is among the longest formats for a single split in the entire world, but Gen.G and DWG are two teams that are built for the long haul.

Gen.G and DWG won’t meet again until March 18. Of course, much can change between now and then since both teams are slated to play five matches before their next meeting. During that time frame, both teams will be presented with relatively soft schedules and could easily head into their meeting on monstrous winning streaks.