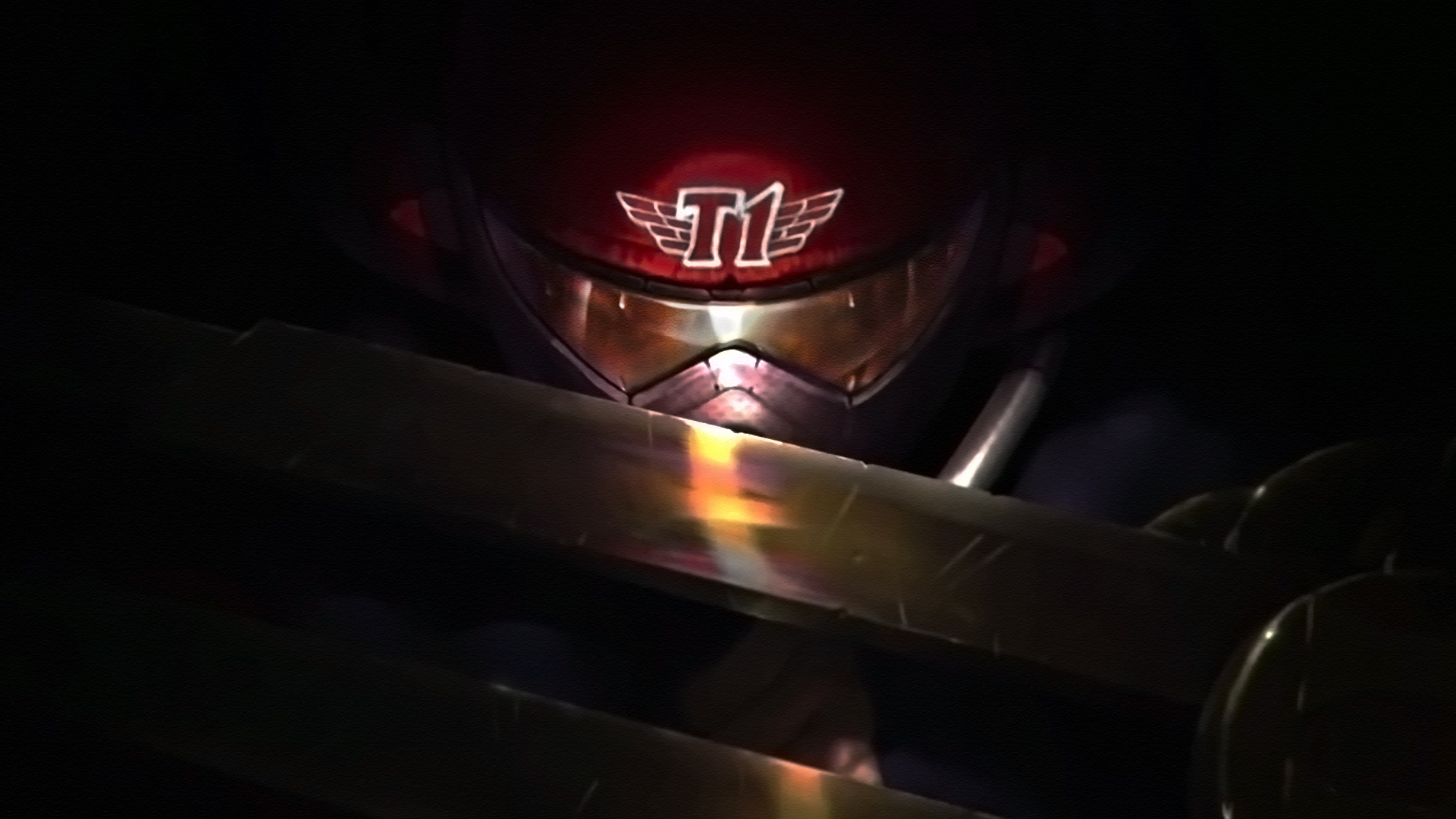 Interesting pick and ban phase. SKT chooses Azir as first pick, currently the strongest AOE Control mid laner. KT goes on Vi and LeBlanc, and SKT answers and takes away Ashe from Arrow. But Arrow still dominated with Corki in the early game. He had Trinity force while Bang had only Boots and Pickaxe. SKT was getting ready for mid game, and in the 15th minute Faker had 40 creeps more than Nagne. Aside from loosing a laning phase, SKT’s team composition together with Azir, Maokai and Ashe’s ultimate was more than enough to control 4-on-4 and 5-on-5 team fights.

In 25th minute SKT had a 42k-38k gold advantage. Faker and MaRin out-farmed their lane opponents. Nagne made a couple of miss plays that allowed MaRin to successfully complete the late game Maokai build and become invincible.

Half an hour after the beginning and 5-on-5 team fight on mid occurs. MaRin engages and Faker pushes away KT’s front line with Emperor’s Divide, which allows SKT to make a perfect ace. After that they rushed for Baron and snowballed the game from that point. A few minutes after, they won one more team fight and destroyed the bottom and top inhibitor. The final score in kills was 15-6.

Vayne and Shen, same first two bans as in game 1. KT is all about picking a carry champion for Ssunmday. And they first picked Fizz for him. One of the most booming picks was Malphite for MaRin and SKT along with Kennen and Faker’s Diana had a massive team fight. They had to group up. Piccaboo hooked Faker and after only 8 minutes a fight started. Marin teleported right into it and made 4 men Unstoppable Force. Wolf and Bang rotated from the bottom and basically cleaned up the whole KT team. It was an early game ace that gave SKT a 5k gold advantage.

SKT showed that they are absolute masters when it comes to snowballing early leads. Faker started to play as if he was in a regular solo queue game. One shots were happening all over the place. At the same time MaRin was terrorizing Arrow’s Ashe with Malphite, two times under a turret. The game started to be a little embarrassing for KT.

SKT seems to really know how to hurt and outplay KT with picks and bans. They picked Elise as first pick, which is a really comfortable pick for Bengi. Two picks that draw the attention both of the crowd and casters were Faker’s Riven and Ssunmday’s Gankplank.

Faker killed Thresh for the first blood. SKT had 92.5 % win ratio through the regular season when they managed to take first blood. A play that has to be mentioned was Faker’s kill on mid lane after he flashed from Cassiopeia’s ultimate under the second tier turret. Nagne was getting ganked from literally every angle in the mid game. SKT committed a mistake when they dived bottom lane and gave three kills to KT. In 22nd minute Bang caught Piccaboo with Ashe’s freezing ultimate. Even though they managed to kill him, he threw a perfect death sentence on Arrow after which they took a 3 for 1 trade and destroyed the middle turret.

Both teams were deadly even in gold until the late team-fight when SKT aced them and killed Baron. The game came to an end pretty soon with the score 18-13. SKT T1 made its way to Worlds as no. 1 seed, and they will represent Korea together with KOO Tigers. The 3rd slot will be filled after Qualifier. Faker proved in this series that he is still the best player in the world, and that SKT is the best contender for the season 5 Worlds title.