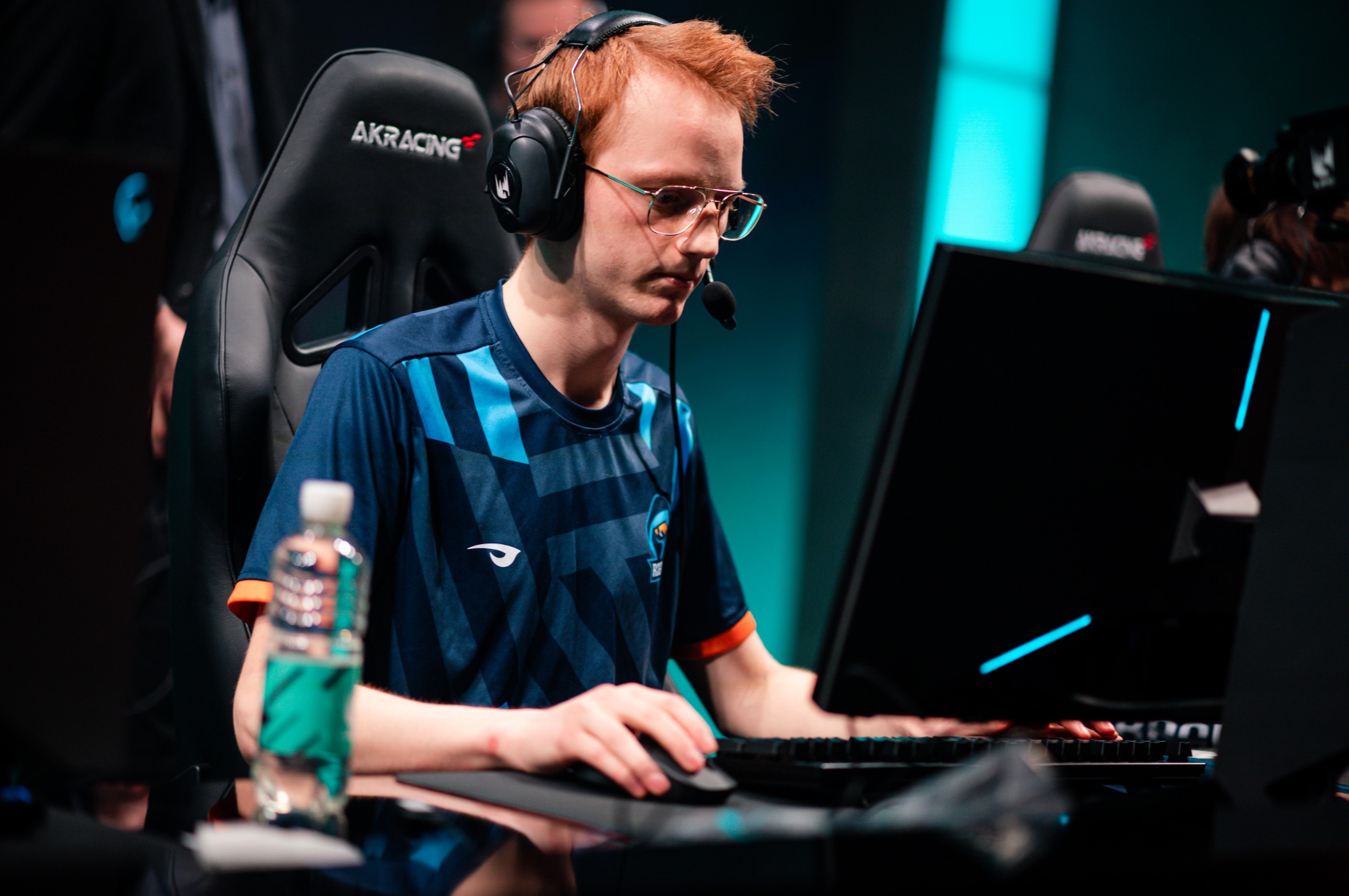 Rogue started their 2022 LEC Spring Split campaign this past weekend with three wins. The League of Legends team shares a hold of first place in the standings along with Fnatic.

After beating Misfits on Jan. 15, Rogue mid laner Larssen did an interview with journalist Tom Matthiesen. And during their talk, the mid laner weighed in on the challenges he’ll face this year and the team’s new individuals, Malrang and Comp.

Both aspects are tied to Inspired and Hans sama leaving Rogue in the most recent offseason. The former joined Evil Geniuses, while the latter became a Team Liquid player.

Being a Rogue mid laner this year isn’t the same as it was in 2021. “It’s a different challenge for me, so different from [playing with] Inspired and Hans,” Larssen said. “They were very resource-demanding players. I had to adjust to them and try to have them carry because you can’t have five people who carry. I can be a lot more vocal and demanding this year, and I will have a lot more on my shoulders.”

The Swede acknowledged that Rogue lost two incredible players. But at the same time, he said their replacements, Malrang and Comp, are also “very good players.”

Larssen couldn’t shed light on the details behind Inspired and Hans sama’s departures, although he said that “everything made sense for both parties, the organization, and the players.” What’s more, Larssen said he’d still be pleased if he were to continue playing with either Inspired or Hans sama. At the same time, he “knew something had to change.”

Later on, Larssen began explaining why Rogue decided to sign both Malrang and Comp. For many LEC viewers, they were surprising additions to Rogue’s starting lineup. But so far, they seem to be working well with the rest of the squad.

“Blumigan, our assistant coach from last year (now head coach of AGO ROGUE), worked with Malrang in 2018 in Royal Bandits,” Larssen said. “He recommended Malrang… It kinda came from Blumigan, maybe it wouldn’t have happened otherwise, but I’m very happy that it happened, very happy with Malrang.”

Finding a new marksman for the Rogue roster wasn’t as easy, though. Larssen points out that he watched a lot of VODs and Comp was one of the players who stood out. “I always thought that he was super good,” Larssen said. “I always had respect for him. In the right environment, he can become a very good player. I think that we can provide him a correct environment here.”

Rogue returns to action in the LEC on Friday, Jan. 21. The team will face the region’s reigning champions, MAD Lions. A day later, they’ll clash with Team BDS.