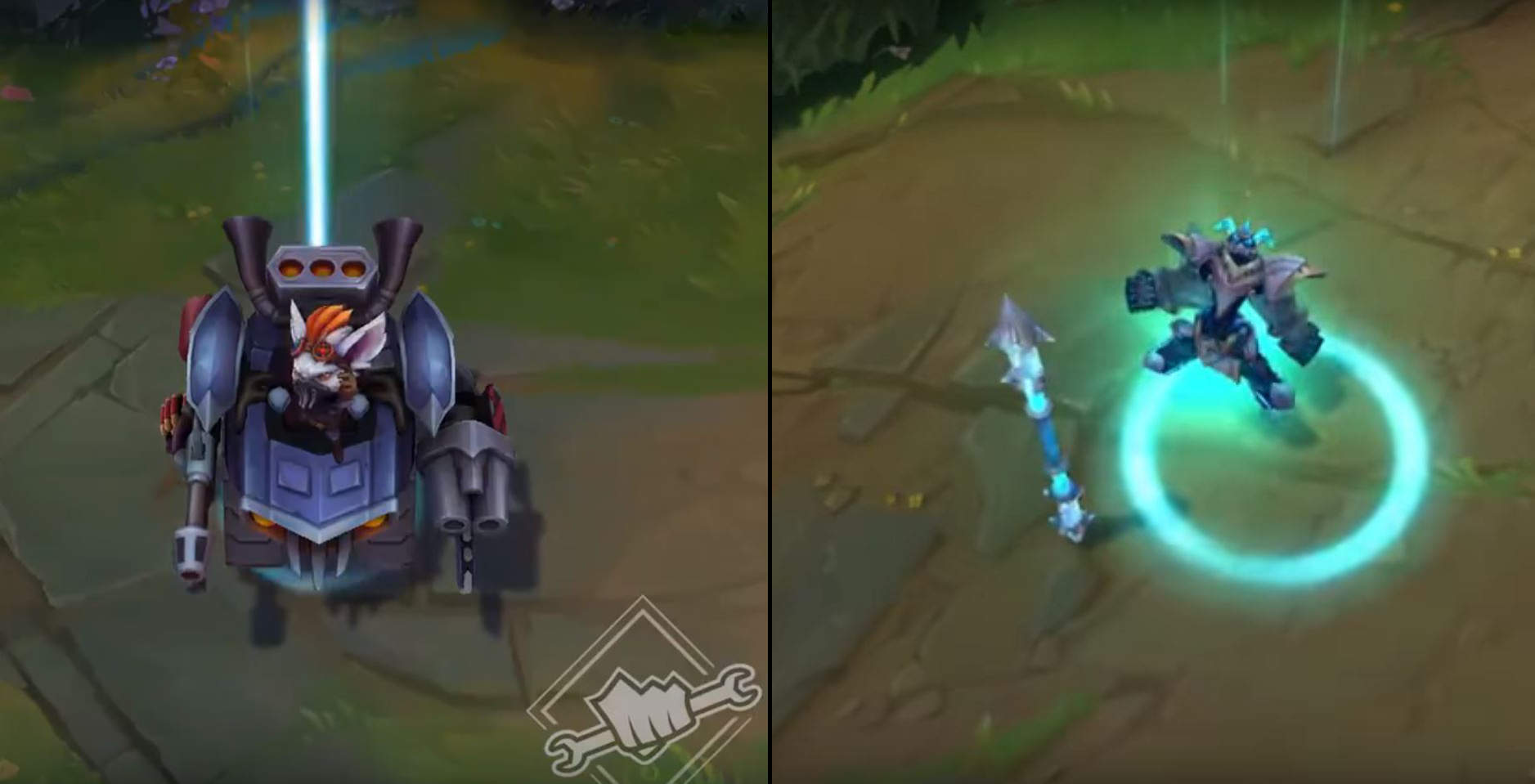 Patch 8.6 arrives tomorrow, and that means the start of a new PBE cycle is just around the corner. Now’s the time that Riot usually reveals new champs, skins, and big updates. Today, it teased two new skins for Wukong and Rumble.

Although Wukong’s skin looks very cool, he doesn’t exactly have a shortage of new-ish badass skins. Both Radiant Wukong and Underworld Wukong were released within the last couple of years, and Wukong has one of the lowest playrates in the game, according to League stats site Champion.gg. That being said, there probably aren’t quite as many players excited about this skin compared to Rumble’s.

Speaking of which, this is Rumble’s only updated skin aside from Super Galaxy Rumble, which was released in 2014. That means Badlands Rumble will be his first post-2011 skin since then. The demand for a new Rumble skin is high, and Riot is supplying.

This doesn’t come as a shock, though. A new Rumble skin was mentioned in this year’s State of Skins blog post from Riot as part of the company’s initiative to create skins for champions that need them the most.

Both of these skins should be available with Patch 8.7, which is only two weeks away.