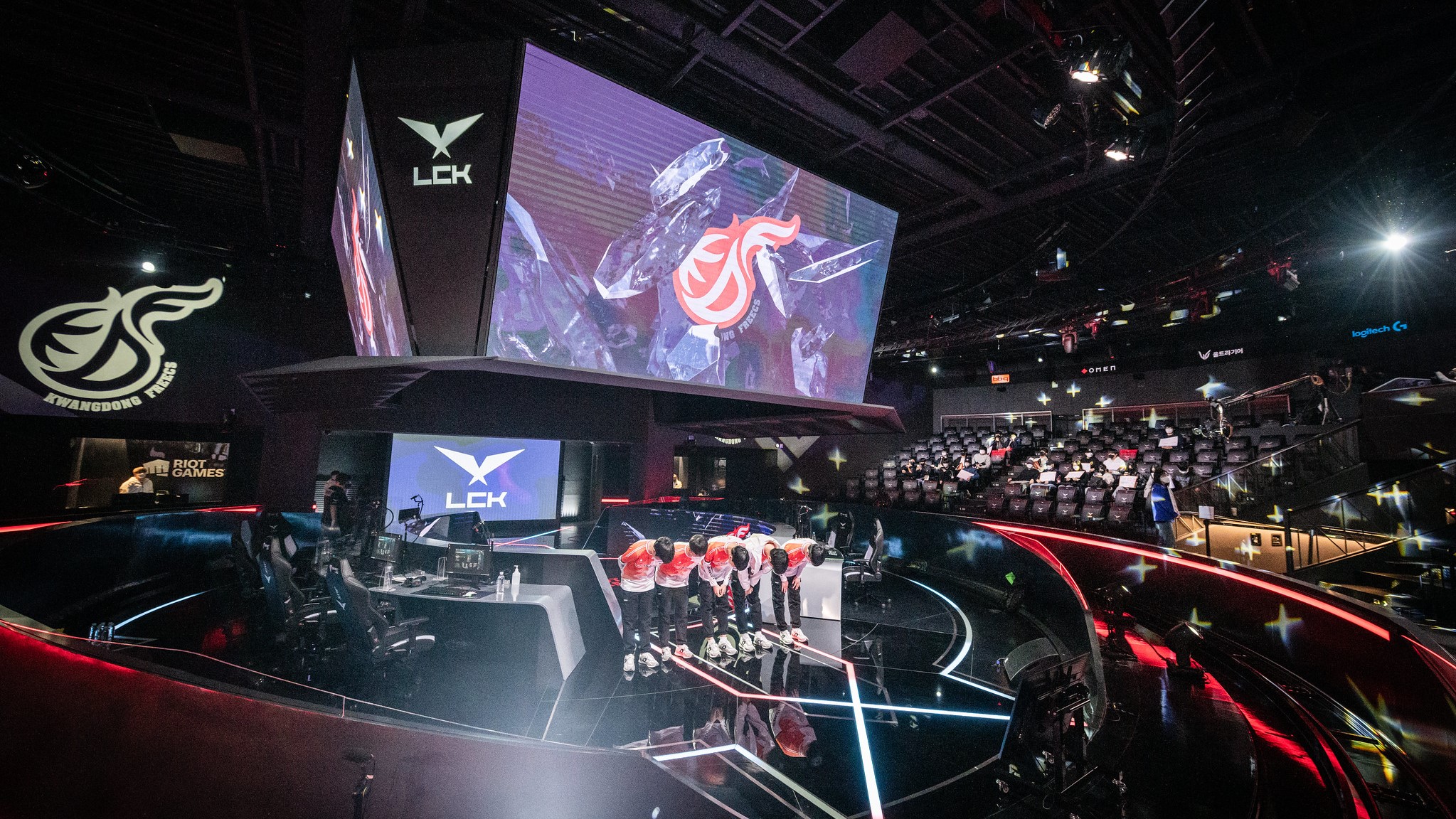 Kwangdong Freecs are advancing to the semifinals of the 2022 LCK Spring playoffs following a close win (3-2) over DRX today.

Since both teams had similar results in the regular split, most experts expected a close series. But because the Freecs earned their playoff spot in a tiebreaker match and had lost their last best-of-three series to DRX, they weren’t the favorites. They, however, defied those expectations thanks to successful skirmishes, strong vision management, and early flanks.

Both teams also showed some glaring flaws, making mistakes at the most crucial moments in this high-stakes series.

Since the Freecs didn’t have much time to prepare following their tie-breaker series four days ago, they decided to rely on their strengths and comfort picks to win this series, according to bot laner Teddy in the post-match interview.

Teddy was undoubtedly the stand-out player in this series. He earned the MVP title of the first and fifth games and showed consistent performance even in the losses with his flawless positioning.

The bot laner gave his team a crucial objective in the last game by stealing an Infernal drake from DRX’s hands with his Jinx’s ultimate when it only had around 30 health left.

He was also the first LCK bot laner to display Miss Fortune’s strengths this year by negating Deft’s Xayah in the first game of the series, where he was voted MVP. It was the first time the champion had been picked in the LCK Spring Split, but it’s likely she’ll be seen again in the playoffs.

DRX, on the other side, showed some great actions and managed to turn the tide of the games several times, clawing their way back into tying the score two times. But they lacked cohesion and that gave several opportunities for the Freecs to pick them apart.

The Freecs will have to face the strongest team of the regular season in their next series as T1 have chosen to face them on Saturday, Feb. 26 at 3am CT for the semifinals.