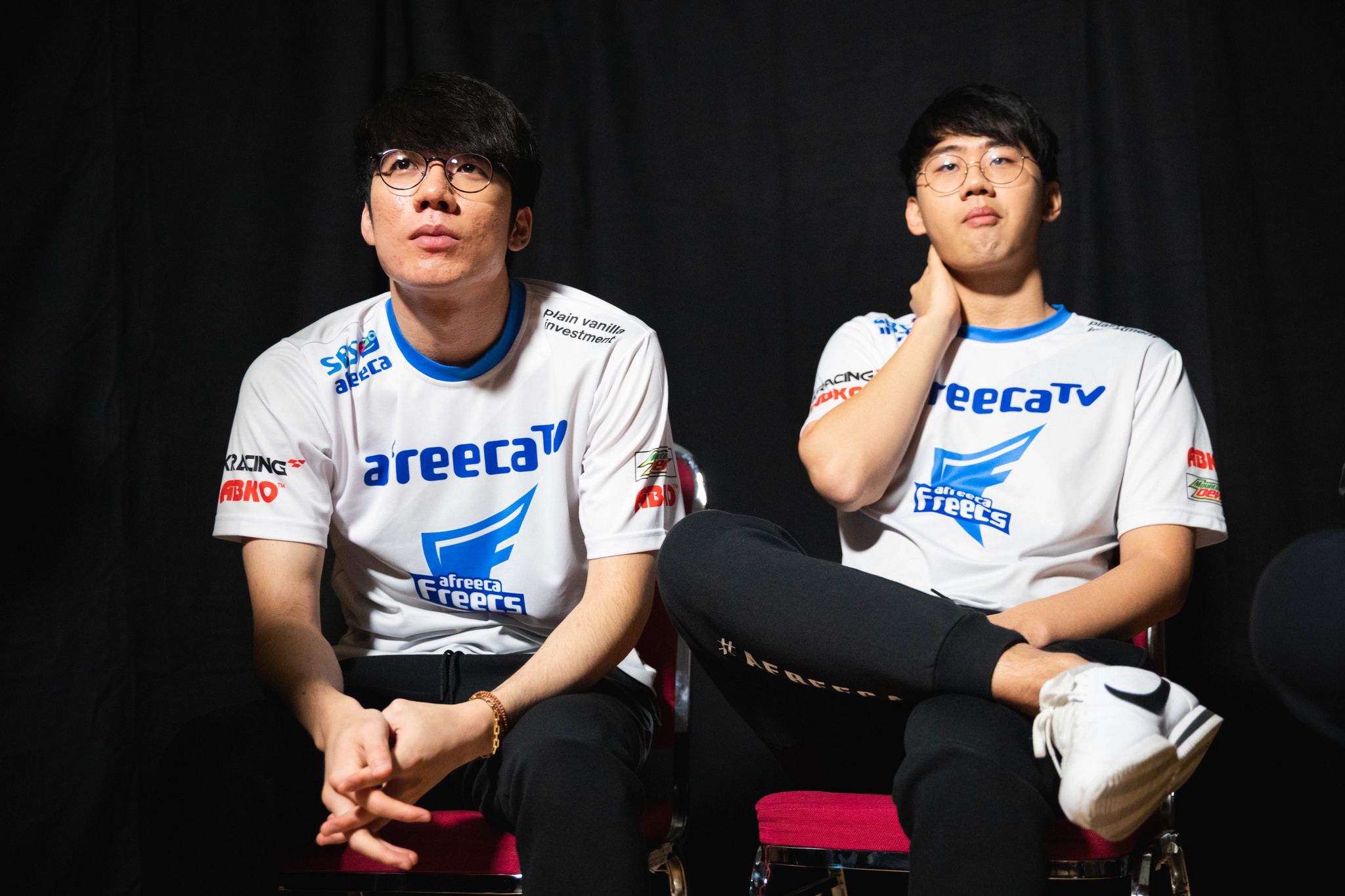 Afreeca posted the announcement of Kuro, Kramer, and TusiN’s departure, in addition to coaches Lim “Comet” Hye-sung and Lee “Zefa” Jae-min, as soon as the LCK free agency period began today at 9am KST, or 6pm CT.

Afreeca thanked each player and coach individually, expressing their gratitude for the time devoted to the team. “Our past two years were not that short, and we made the historical success with [these] outstanding players and coaches,” Afreeca said. “[The] 2018 season was special for Afreeca Freecs with great success through our players’ and coaches’ endeavor. We wish you all the success, and we will keep cheering for you guys in the future.”

Kuro, Kramer, and TusiN first joined Afreeca at the start of the 2017 season, as part of Afreeca’s major roster rebuild. As the team’s captain, Kuro helped lead Afreeca to new heights, including a top two finish in the 2018 LCK Spring Split and a top eight finish at this year’s World Championship.

Kramer and TusiN were considered one of the most creative bot lanes in Korea, spearheading the Relic Shield start on ADCs, which evolved into the Ardent Censer meta that dominated the 2017 World Championship.

Zefa and Comet joined Afreeca at the end of 2017, working alongside the team’s head coach Choi “iloveoov” Yeon-sung. Throughout 2018, Afreeca were lauded for their creative drafts and smart strategies. Thanks to his work with Afreeca, Zefa was selected to be one of Team Korea’s coaches at the 2018 Asian Games tournament.

Afreeca has yet to announce any replacements for these players or coaches.