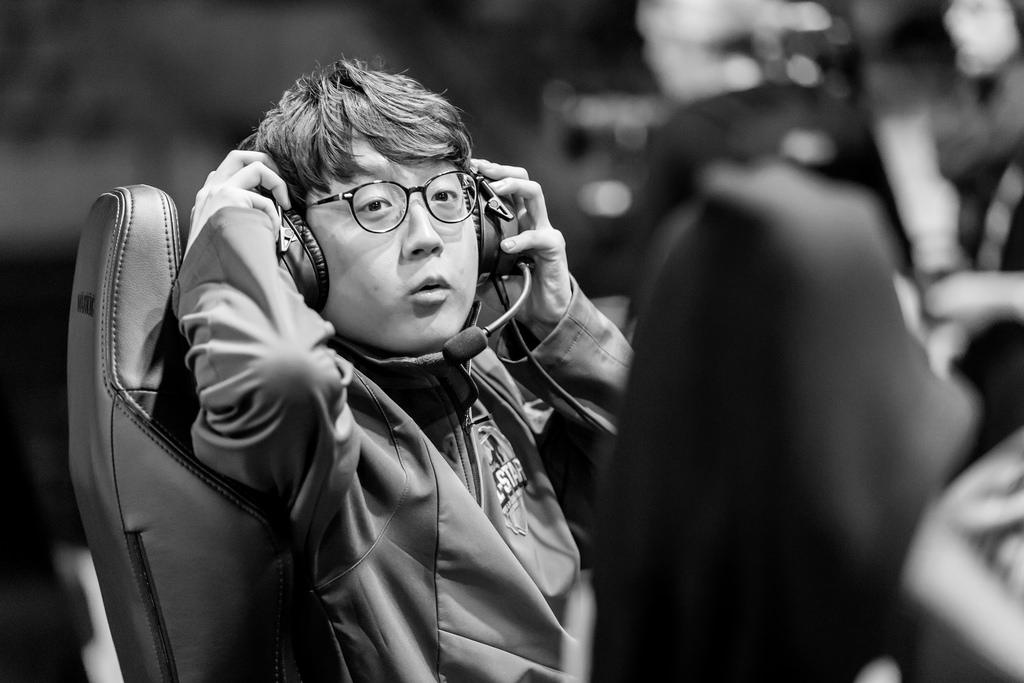 Heading into the 2017 season, KT Rolster was the most hyped up team across all regions. Acquiring some of the most legendary players in the competitive scene, fans dubbed the 2017 iteration of KT Rolster the “Korean super team”.

For the first half of LCK Spring Split, KT Rolster did look like a super team. Winning all of their series, KT Rolster were living up to the hype. That is until they met SK Telecom T1.

After KT Rolster lost both series in their double header against SKT, the Korean super team began to falter, falling to other teams in the second half of the split. Ending the regular split in third, many began to question whether KT Rolster could even make the finals this split. Despite their quarterfinal win against MVP, most pegged KT Rolster to make their playoff exit in their semifinal match against Samsung Galaxy.

Although they were referred to as the super team, KT Rolster came into the semifinals as the underdog.

As champion select began and both teams declared their bans, it was clear KT Rolster had a plan. Banning Ezreal and Varus while also using their first pick on Caitlyn, KT Rolster forced Park “Ruler” Jae-hyuk onto Lucian—a champion who historically struggles against Caitlyn in lane.

Playing out as expected, KT Rolster’s duo dominated the bot lane. Samsung’s duo, helpless in lane, were forced to watch as KT’s duo took out their outer turret by themselves. With no turret to destroy Cho “Mata” Se-hyeong was free to roam top lane with Go “Score” Dong-bin to kill Lee “CuVee” Seong-jin for first blood.

At this point in the game KT Rolster had built up a significant gold lead. As soon as Baron spawned, KT Rolster immediately jumped in the pit, finding themselves with a 21 minute Baron buff.

Covered by the buff’s purple aura KT Rolster rushed towards the mid lane. Samsung, refusing to watch as their base got destroyed, forced a desperate teamfight through a flank by CuVee’s Kennen. Unfortunately for Samsung they didn’t have enough damage, which in turn gave KT Rolster the ability turn the fight around. With only Samsung’s support alive KT were free to end the game.

KT Rolster continued their domination into the second game, with their duo yet again ahead in lane. Samsung, who realized that they were falling behind, looked to fight back. Whenever KT Rolster would make a play on the map Samsung would try to counter with a play of their own. But although both teams were making plays KT Rolster were the only team that profited. Most of Samsung’s counter plays ended up backfiring, either by failing to get the player/objective they were after—or dying themselves.

The members of Samsung found their chance to come back in the mid game after they took down two members of KT Rolster. But instead of going straight to the Baron Samsung meandered around the map, giving those dead enough time to respawn. By the time Samsung started their Baron attempt, KT were ready to collapse. Through a flank by Heo “PawN” Won-seok’s Ekko KT Rolster aced a corralled Samsung, taking the Baron for themselves. Employing a 1-3-1 siege composition the Baron empowered KT Rolster were easily able to break through Samsung’s defences, putting themselves one win away from victory.

Unlike games one and two KT Rolster were not able to find an early lead through the bot lane. Infact, as the match progressed into the the mid game, KT Rolster lost the first major teamfight leaving only their carries alive.

With all five members Samsung alive looked to the Baron. And while Samsung were able to secure the buff PawN and Kim “Deft” Hyuk-kyu in a hero play managed to take down four members of Samsung in the process, keeping the game relatively even.

Although Samsung were able to recover from their messy Baron, they could not say the same about the following teamfight. Getting caught out in their own jungle Samsung could not escape the clutches of KT Rolster, eventually falling.

With KT Rolster’s semifinal win, fans will get to witness the legendary telecom wars in this upcoming LCK final. Seeing how poorly they fared the last time they met SKT on the rift however, KT Rolster have a tough road ahead of them if they want to hoist the trophy this saturday.