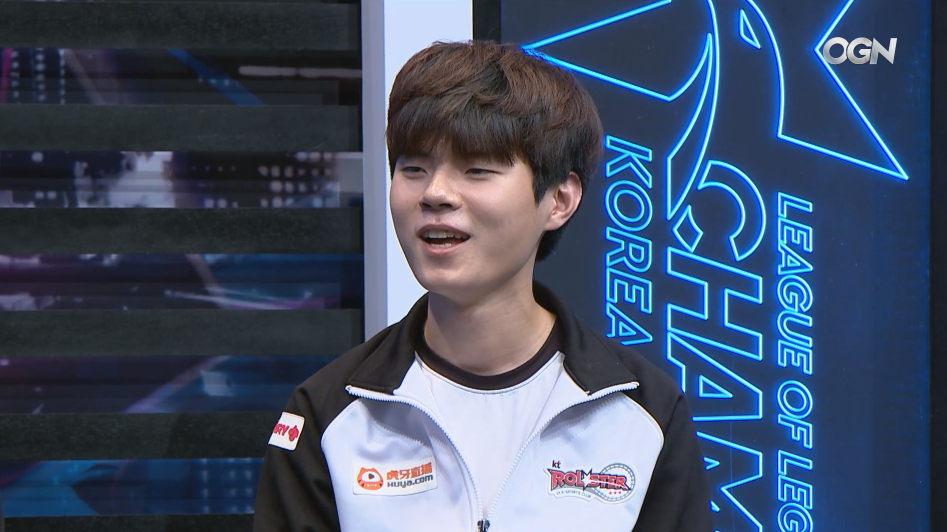 KT Rolster cemented themselves at the top of the LCK standings with a dominant victory over Jin Air Green Wings.

Among the 10 teams in 2018 LCK Spring Split, Jin Air Greem Wings’ pre-game preparation has been among the best. With the addition of former Phoenix1 coach Kim “Fly” Sang-chul, Jin Air have started this season with strong reads on their opponents, and their champion pools. KT Rolster was no exception.

Able to predict KT top laner Song “Smeb” Kyung-ho’s Maokai pick, Jin Air decided to release League’s resident tank buster in Trundle. And for the first 15 minutes, Jin Air looked great. Smeb had been set far behind with multiple three man dives onto his tower, and Jin Air top laner Kim “SoHwan” Jun-yeong took both of KT’s inner turrets. But that was all SoHwan could do.

With their Trundle strategy foiled, Jin Air seemingly crumbled by the time game two began. Jin Air, who drafted a late game team composition, found themselves rolled over by a KT who actively looked to make plays, and push their lead. Although Jin Air mid laner Yoon “Justice” Seok-joon did his best to keep his team in the game with his Zoe pick, KT’s strength was simply too much to overcome.

While Jin Air is done for the week in terms of matches, KT will return to the SPOTV NEXON Arena on Feb. 4, to face ROX Tigers.