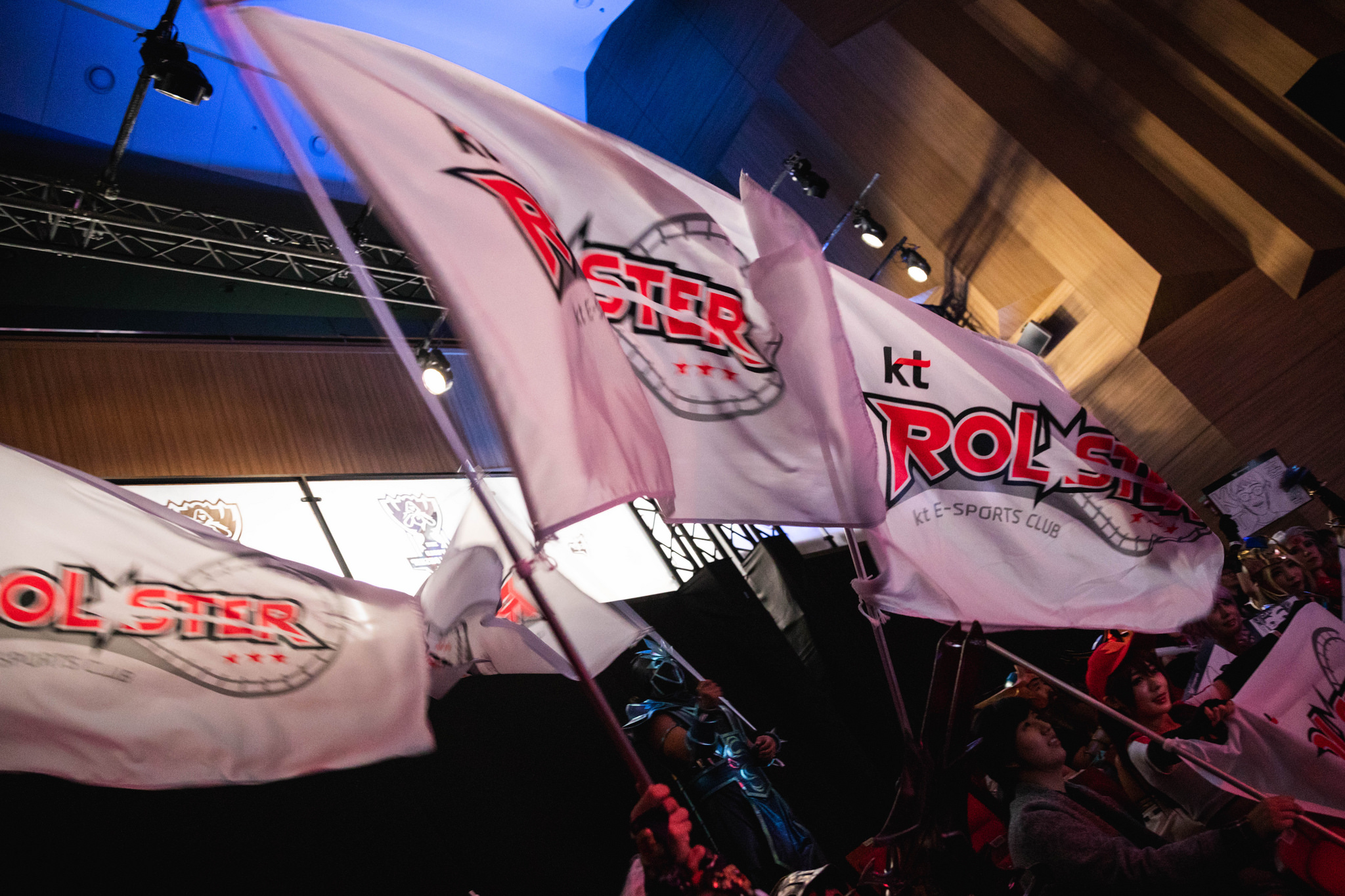 Gango began his professional League of Legends career in 2014 as Samsung White’s substitute AD carry. Over the past four years, Gango, then known as Skatch, played in both China and Japan, with his 2018 season being spent in the LJL as Unsold Stuff Gaming’s AD carry. Now, Gango play in his first ever LCK seasonal split this Spring.

Unlike Gango, UmTi is an LCK veteran who has spent the last two years playing under the Jin Air banner. This will be UmTi’s first time playing for a team other than Jin Air since his professional debut at the start of 2017.

While UmTi will be KT’s reserve jungle, Gango will be the team’s starting AD carry. Gango will be paired with support No “SnowFlower” Hoi-jong, who is also returning to Korea after playing abroad. Formerly UmTi’s teammate on Jin Air, SnowFlower left Korea at the end of 2017 to play in Turkey’s TCL as SuperMassive’s support.

KT will enter the 2019 LCK Spring Split as the league’s defending champion. Beating Griffin in the 2018 LCK Summer Split finals, KT qualified for the 2018 World Championship as Korea’s first seed. Unfortunately for KT, they were knocked of the World Championship in the quarterfinals by the eventual tournament winners, Invictus Gaming.