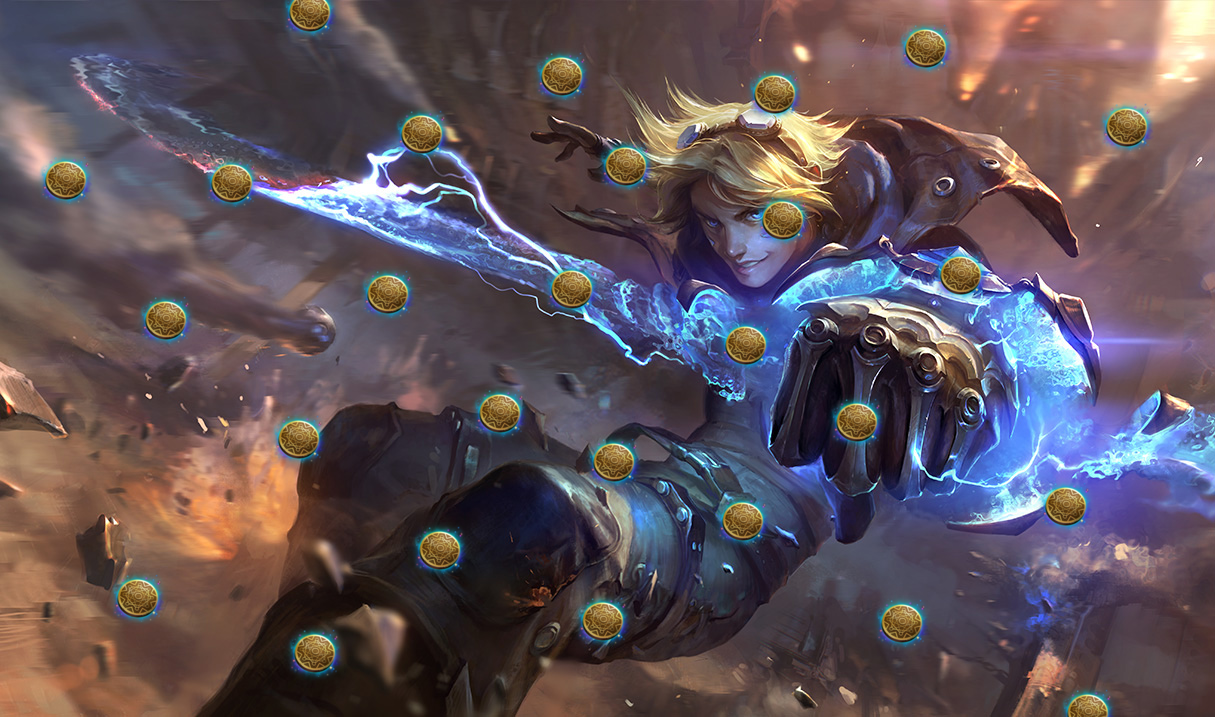 Kleptomancy has a very specific clientele in League of Legends. The rune is excellent for champions who can’t excel in the laning phase, whether that means not being able to kill someone or just being overall weak. It gives them extra spikes in power and extra income to supplement their lack of kill pressure until the mid game rolls around. Kayle, Ezreal, and Illaoi are just some of the rune’s VIPs. When the preseason begins this month, though, it’s going to be useless on all of them.

Klepto is being redesigned. If you want to learn about Riot’s full reasoning and the context behind the makeover, check out the official announcement on the League forums. We’re not here to talk about the “why,” though. We’re here to talk about the “how.” How will this affect the game? How useful will the new rune be? How does it work?

Well, as it turns out, it’s not going to be very useful for any of the champions that use it now. It’s geared toward an entirely different group of champions, which means those weak laners and slow killers are going to need to find another option. And since some of those champions are quite popular in the current meta, chances are that this rune change alone is going to have some big implications, let alone the other teeming changes and updates coming with the rest of the preseason.

The Klepto redesign is actually pretty simple. Instead of focusing on random items, it’ll now focus on random Keystone runes. Yeah, you read that correctly. It’s essentially an Unsealed Spellbook for major runes. And like Unsealed Spellbook, it’s going to shift to only be good for champions that can make the best use of many different Keystones. And it turns out there aren’t many.

Every nine seconds for melee champions and 12 seconds for ranged, you’ll get one use of a random Keystone rune. If you don’t use one for 40 seconds, it automatically re-rolls itself, basically forcing the wheel to turn regardless of whether you use it. This is very interesting and it creates a sort of mini-game. Basically, when you roll a Keystone, you have a certain amount of time to figure out how to actually use it on whatever champion you’re playing. And if you get a bad one, you can either avoid combat for 40 seconds or just deal with hamstringing yourself in a skirmish.

Fun for all the wrong reasons

This sounds pretty cool, but let’s think of use cases. Mages and the like will no longer be able to use Aftershock very effectively when the preseason begins, so that’s one rune that was versatile that isn’t anymore. Without that, champions are pretty streamlined into only using a couple of good ones, with the rest being useless. Syndra, for instance, might find ways to use Dark Harvest, Electrocute, or Aery, but what about Grasp of the Undying, Lethal Tempo, and Glacial Augment? You’ll find that most of the game’s over 140 champions are going to be in similar situations with only a couple really standing out as proper use cases.

Jax, for instance, can use most Keystones effectively, with only a couple of duds. He won’t do much with something like Summon Aery, but he can do something with Comet, Aftershock, Lethal Tempo, Electrocute, Dark Harvest, Phase Rush, and the list goes on. No, a lot of those runes aren’t ideal, but he can at least use them, which is more than most champions are going to be able to say. Urgot is another decent choice, but there aren’t many more than that.

In other words, Klepto is trading out one niche chunk of champions for an even more niche few. Whether you think that’s good, it’s definitely going to impact how certain champions play. You know, at least until Riot decides the rune is too hard to balance and reworks it again two months into the season, which, let’s be honest, is more likely than not (looking at you, Unsealed Spellbook).