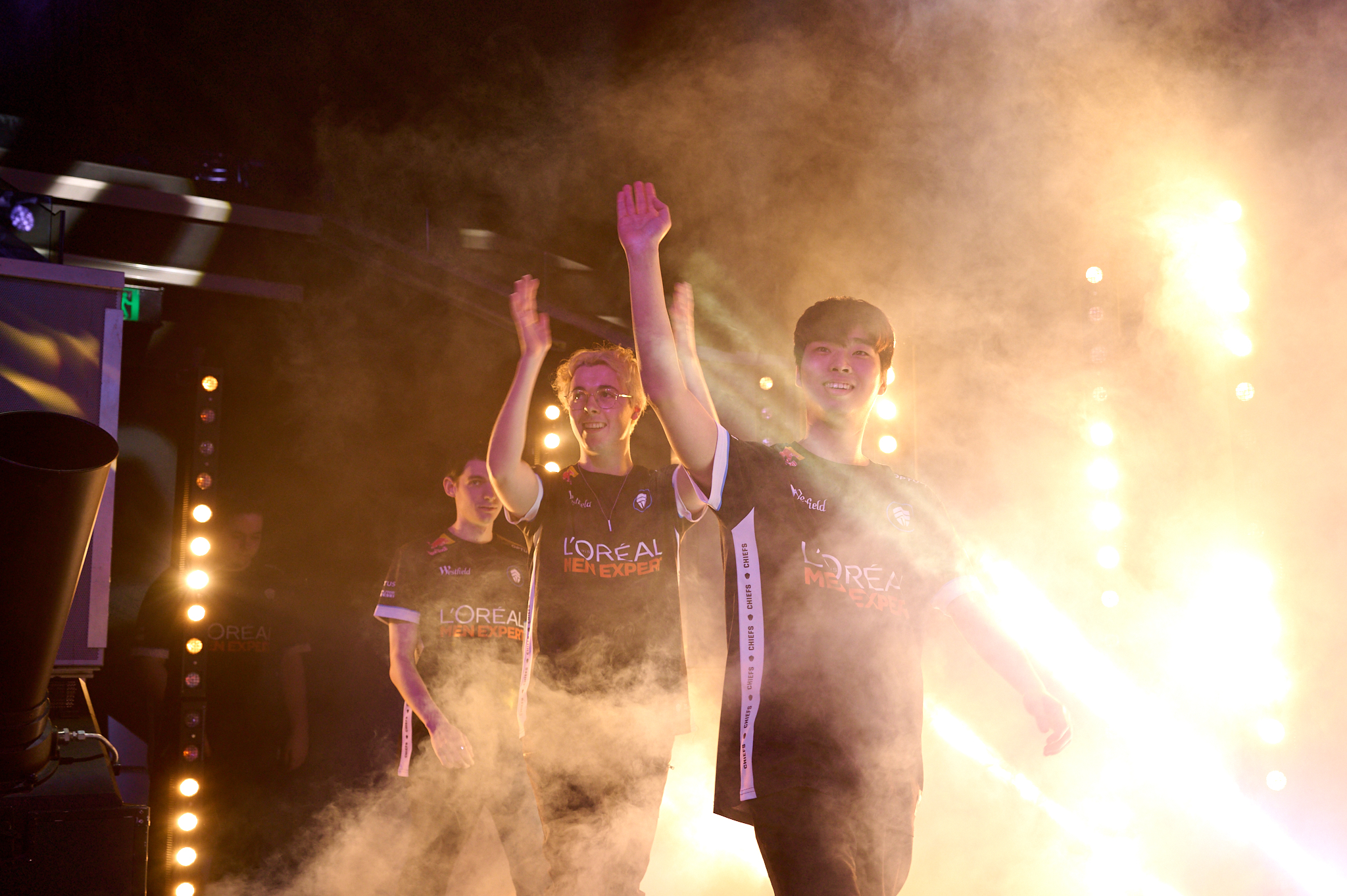 The Chiefs have reclaimed the Oceanic League of Legends throne again in the fifth time of asking, holding off a resurgent Pentanet.GG, and losing their first map of the split in the process, in a 3-1 battle at Margaret Court Arena to win the 2022 LCO Split Two title and book their ticket to the 2022 World Championship.

The last time the Chiefs won in League was in 2016, in the early OPL days.

In 2022, it was the blue and black back on top again. The star-studded squad narrowly missed playing at the Mid-Season Invitational in Split One before making amends at DreamHack Melbourne months later in a four-map clash.

The eventual victors stormed to a quick 2-0 lead off the back of two 25-minute wins on the Rift before Pentanet.GG flipped the script and ended the “27-0” dream for Chiefs.

Game four was the closest of the dance—PGG’s star Korean jungler Choi ”BalKhan” Hyun-jin managed an ice-cold Baron Nashor steal to keep the trailing team in the balance, but teamfights and veteran combo James ”Tally” Shute and Quin ”Raes” Korebrits proved the difference in the longest map of the series.

Raes, who had a 26/8/19 scoreline in the match, was named the most valuable player.

On the victory, Tally told Dot Esports: ”We’re ecstatic. Their bans in game one caught us off guard… and we misread game three—based on our scrims we had a focus on teamfights then Pentanet did a complete 180 and focused on scaling. They picked well so we had to draft differently in game four.”

”Obviously losing the 27-0 is a shame, but winning is everything,” he added.

”That’s it really, we wanted to win more than anything. Dropping games but winning everything is fine.” There were discussions in the player rooms after the Chiefs went up 2-0, but Tally said it was ”instantly shutdown” by the squad.

”We didn’t want to get reverse swept—so we focused up,” he said. ”That was it really. We wanted to win, no matter what, so game four we readjusted and won.”

The Chiefs are now locked in as Oceania’s League representatives for Worlds. It marks the org’s first appearance in the circuit’s year-end competition and first international trip since the 2016 International Wildcard Qualifier.