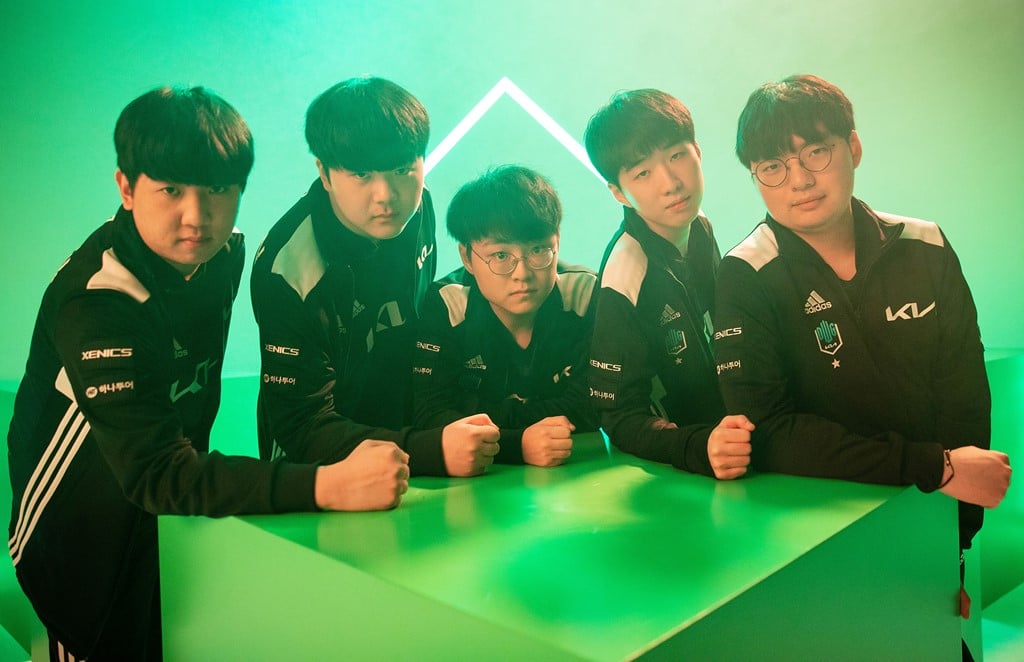 The rumble stage of the 2021 League of Legends Mid-Season Invitational is rapidly approaching.

This year’s MSI group stage felt significantly different from the MSIs of years gone by—and that’s largely owed to the format change that the tournament underwent this year. With the removal of the play-in stage in a new format debuted by Riot this year, teams from minor regions have had the opportunity to face off against the four major regions from the very beginning. And they’ve taken full advantage.

We’ve had plenty of upsets, with only Royal Never Give Up exiting the group stage without a single loss. The meta has also looked wildly variable, with Patch 11.9 providing a fairly significant shake-up. Champions like Rumble, Morgana, and Lee Sin have seen huge priority—and none of them in the roles you’d expect. While certain teams have adapted to this meta faster than others, there’s little time left for the slower rosters to play catch-up. The final six are ready to rumble, quite literally, and the race for the MSI trophy is heating up.

Here’s what we’ve learned from the MSI 2021 group stage.

A confident Cloud9 is a scary thing

Opinions were divided on what Cloud9 would be able to achieve heading into this tournament. Despite North America’s generally poor international reputation, the acquisition of Perkz in the mid lane had many C9 fans hopeful for a reversal of the region’s international fortunes. One of the most successful Western players of all time rounded out an already well-performing roster, which when operating at its full potential could be a genuine threat to some of the world’s best.

But their first few days of MSI did little to assuage the fears of NA fans. They looked uncharacteristically shaky and their games lacked a lot of the proactivity that their mid/jungle duo has become so known for domestically. They had the third-lowest total kill count of any team in the first three days of the tournament, according to Oracle’s Elixir, and averaged a gold deficit at 15 minutes. Their dragon control percentage was strong at 75 percent, but they were unable to translate these dragon buffs into meaningful leads.

With this run of underperformance right out of the gate, many questioned whether they would even qualify for the rumble stage. But the myths of Perkz’s 1-2 comfort zone turned out to be true and C9 completed what may well be the biggest upset of the tournament by taking down world champions DWG KIA. And they did it with the confidence that fans have come to expect from North America’s best team.

Surprisingly, the star of that game was top laner Fudge. He proved that if he’s given an inch, he could take a mile. The 18-year-old went toe-to-toe with Khan, one of the most well-respected top laners at the tournament. C9 weren’t afraid to follow up on good engages by support Vulcan and punished minute errors in the early game by DWG to snowball the game to victory.

Confidence will be crucial for C9 heading into the rumble stage. If they trust themselves enough to take fights, Perkz’s wealth of experience and Vulcan’s sixth sense for strong engages may well carry them to new international heights.

The Cinderella story of Pentanet.GG

Everybody loves an underdog—and the rise of Pentanet at MSI 2021 is the underdog story that few people expected to see. Last year saw the end of the Oceanic Pro League and the emigration of some of the region’s best talent to North America after changes to import restrictions. The region had been gutted. ESL stepped in to provide a professional league after Riot pulled the region’s funding, but the lack of talent meant that their international potential had been further weakened.

Or so most League fans thought.

Pentanet’s qualification from the group stage is Oceania’s greatest international achievement of all time. It’s undeniable that luck was on their side with the non-attendance of the VCS, which meant they had to play one less team to qualify. But simply reducing their victory to a lucky break devalues the quick improvements that the team made after falling in the early stages of the tournament.

They were simply outclassed in laning matchups in their opening games, resulting in low overall objective control and three sub-30 minute losses. To counteract this, they opted for cheesy, nontraditional mid lane matchups to turn the tide in Chazz’s favor. By “cheesy and nontraditional,” we mean the first Zed game in a major region or competition so far in 2021. AD carry Praedyth also stepped up in a huge way in their victories. His strength comes in champions with some form of invulnerability, like Xayah and Samira, both of which allow unpunished repositioning in teamfights.

To be blunt, it’s unlikely that Pentanet will make it much further at MSI. Their gameplay simply isn’t at the level to consistently beat top-tier teams, which they proved in their games against RNG. But will they go without a win? That’s a different consideration altogether. If they can continue drafting creative mid lane picks and setting Praedyth up for success, they might stand a chance to snatch a few victories.

Rumble is only broken if you know how to play him

The discourse around Rumble has dominated the drafting conversation in recent weeks on social media. He’s the third-most banned champion at the tournament behind Renekton and Morgana, according to Games of Legends, and he’s had a 97-percent presence rate at the tournament so far.

His power comes in his clear speed since he can kill a jungle camp in mere seconds with his Flamespitter. His ultimate is also a powerful zoning tool and can quickly turn the tide of a teamfight with its AoE damage. But for such a powerful champion, his win rate is only a mediocre 47 percent across all roles, according to Games of Legends. So far, he’s seen one game in the mid lane and the rest of his reps have been in the jungle.

What could explain Rumble’s poor win rate, then, if the champion is supposedly so strong? Simply put, it’s because the players don’t have the requisite experience on him. Half the trick to using him successfully is positioning his ultimate, which is an easy task in scrims. We’ve often heard that scrim environments tend to have significantly more chaotic fighting, with players less likely to watch out for their positioning, making Rumble’s ult easily targetable. Stage games require greater teamfight positioning and planning that significantly decreases the usefulness of Rumble’s ultimate if you don’t know what you’re doing.

This one really shouldn’t come as too much of a surprise. Going into the tournament, DWG and RNG were the surefire favorites—and for good reason. DWG were undoubtedly the best team in the LCK and there was nobody who could particularly hope to challenge them for the Spring Split title. RNG’s ride to MSI was a little less smooth, being knocked down into the losers bracket of the LPL playoffs and having to complete a miracle run to even appear in Iceland at all.

It was a surprise, then, when it was DWG and not RNG that dropped a game in the group stage. DWG’s loss to C9 was an uncharacteristic display of weakness from the team. They’re by no means the strongest early-game team in the world, but normally the individual skill of their players is enough to survive the early game and out-execute in the mid game. Against C9, their teamfight positioning felt sloppy and Khan, in particular, underperformed massively in the early game and wasn’t able to make up for that performance with a late-game carry.

But outside of that singular, uncharacteristic loss, DWG have looked terrifying—not as terrifying as RNG, however. The LPL representatives lead the rumble stage participants in first blood percentage, total kills, dragon percentage, and Baron percentage. If a statistic exists in League, there’s a good chance RNG are No. 1 in it right now. Xiaohu has proven to the world why he’s one of the most decorated LPL players of all time, carrying the team from both the top and mid lane. And the matchup between him and Khan is possibly one of the most hotly anticipated of the tournament.

Despite DWG’s momentary falter, it’s hard to argue that these teams aren’t the best at the tournament. They’ll face off against each other on May 14 at 9am CT in what could end up being our first preview of the eventual MSI 2021 finals matchup.