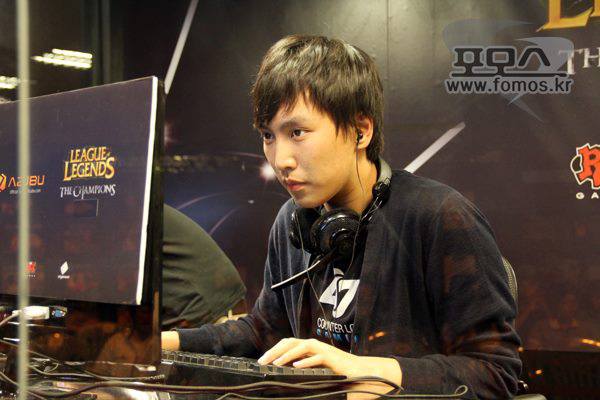 1. Will CLG choke in the play-offs?

One of the most common memes in the LCS era has been that CLG chokes in the play-offs. A deeper look shows that this meme has a big problem – it’s players that choke in games, not organizations. If CLG were to swap rosters with SKT, Faker and co. would easily win the NA LCS. Because CLG has failed in the play-offs for the last 3 years, fans tend to blame the two players the org has kept throughout this time period – Doublelift and aphromoo.

On some levels, this blame is rightfully placed. Doublelift frequently tries too hard to make big plays in the play-offs, and has thrown several key games with his overeager positioning. aphromoo has the opposite problem – he plays very passively in the playoffs and frequently leans on champions like Lulu or Janna even though CLG needs his playmaking. But on other levels, this storyline overlooks the two most important aspects of CLG’s failures – the team’s other members and CLG’s tendency to decline before heading into the play-offs. The trio of Nien, Seraph, and Link were all far worse problems for CLG than Doublelift or aphromoo ever were, and this season has shown that in spite of their constant complaints, a team with Nien or Seraph as the carry might not even last a single split in the LCS. In addition, this is the first split where CLG is entering the play-offs on a strong run of form. This series will be a chance for the seemingly cursed org to leave their past behind, but it won’t be so simple.

2. How badly will Rush outplay Xmithie?

Unfortunately for CLG, they once again have a major problem on their roster. Although the team has shored up their lineup with a top laner who could actually carry and a reliable mid, jungler Xmithie has been one of the worst performers in the league. Against Rush, the consensus best jungler in NA, the question isn’t whether or not Xmithie will be outplayed – its the degree. Everything about Xmithie’s game suggests that he will be a punching bag for Rush, the jungler who deals by far the most damage in the league.

Xmithie’s poor champion pool will be a particularly big problem. CLG’s jungler has had some strong performances on Gragas, but when that champion is taken away, he usually turn towards the off-meta Nautilus. Not only is Nautilus weak against the current meta champions, he is especially weak against the damage-heavy picks like Lee Sin and Nidalee that Rush loves to play. To make matters worse, Rush’s style is heavily predicated on jungle invades! CLG will have to try to turn Rush’s eagerness to fight towards their advantage, and the best way to do so is for CLG’s bot lane to control the roams of support Adrian. Adrian’s roams for vision play perfectly into Rush’s aggressive style, but when teams control him in lane, Rush is unable to tell whether or not the other team’s laners are coming to help. Helping Xmithie get out of his jungle alive against Rush will be key to CLG’s performance. On Rush’s end, CLG is usually used to Xmithie falling behind – Rush will have to do his best to not only keep kicking Xmithie when he’s down but also to set CLG’s laners behind as well.

3. Will Team Impulse learn to take a step back?

Although TiP has an advantage in the jungle match-up, they will struggle against CLG’s lane swapping. CLG has the best lane swaps in the league, and frequently enter the mid-game with large gold advantages. Their biggest problem comes from their poor teamfight engages – nobody on the team outside of aphromoo is a good engager. Near the end of the season, CLG began literally sacrificing Xmithie or Pobelter to try and force fights in the hopes that they could just win fights 4v5 with their large leads. This means that teams that kite backwards and ward for aphromoo will have a distinct advantage.

TiP’s warding has been strong all season long due to Adrian, and Rush took a notable step forwards with his ward play in the team’s series against Dig. Unfortunately, their entire team strategy is to engage as hard as possible, and while CLG is bad at engaging fights they are great at kiting backwards. If TiP falls behind in the early game, their forced engages will play right into CLG’s hands. The key for Team Impulse will be to take a step backwards and selectively choose engages. One of the best picks for TiP will be Apollo’s Kog’Maw, which he showed off against Team Dignitas. On Kog, TiP can siege and hyperscale, which will force CLG to engage themselves. As I mentioned in previous articles, a single strong teamfighting player will be able to hypercarry fights by default against teams like CLG which can’t engage well or TP-flank.

During his short time in the LCS, Gate has been a sturdy teamfighter but an extremely poor laner. Last series, he was lucky enough to face off against Shipthur, the mid laner with the lowest CS @ 10 and teamfight damage in the league. Pobelter will be a more difficult opponent for Gate, but considering Pobelter’s play so far this season, the style he plays will not be able to punish Gate. Pobelter rarely receives CLG’s jungle ganks, and instead focuses on safe play as the team’s dominant side laners pick up global objectives. Gate’s laning phase is a very exploitable weakness for TiP, and Pobelter has shown flashes of being a dominant lane player on other teams such as Winterfox or even Curse Academy. If Pobelter is able to bring up one of his old performances, he’ll be able to give CLG a key and unexpected advantage.

On TiP’s side of the match-up, Pobelter is great at playing high damage teamfight champions such as Kog’Maw or Azir, and is overall a better teamfighter than Gate. Against teams like TSM or Liquid, CLG have struggled because Pobelter is one of their key damage sources in late game teamfights. It’s extremely unlikely that Gate will be able to neutralize Pobelter, so as long as Pobelter safely makes it to teamfights, CLG will already have the advantage. The mid lane match-up is interesting because even though CLG is the team with the better chance to seize an unexpected advantage, the onus is still on Team Impulse to find ways to put CLG out of their comfort zone.

My fellow writer Empyre already covered this in his article, but CLG has an awful record against the top teams. CLG has won 100% of their games against Dig, NME, C9, TDK, and Team8, but against GV, TSM, TiP, and TL, CLG have only won 33% of their games (including their tie-breaker loss vs. TL.) In fact, a big part of CLG’s strong finish to the season was simply because they started playing bad teams again – CLG’s 6 game win streak came against the bottom 5 teams and Team Liquid. While CLG looked crisp during that set, a loss to TL right before the play-offs have put a damper on their fans hope for play-off success. A bad record against top teams isn’t always a death sentence for a championship team (TSM famously lost almost all their games against the top teams in the regular season prior to the Season 4 Regional championship) but it is a bad sign especially if the team doesn’t adjust their strategies.

A big part of CLG’s struggles against the top teams this season has been their inability to lock down teams with star players due to their poor engages. Team Impulse lost their star teamfight carry in XWX but they have done a great job of splitting the burden between Rush, Apollo, and Impact. Apollo in particularly stepped it up with his Kog’Maw, and if Impulse is able to get that pick again CLG will have to hope that Doublelift and aphromoo destroy Apollo in the 2v2 off of a good lane swap.

I previously had CLG winning this series 3-0 or 3-1, but Team Impulse’s improved play against Dignitas convinced me that they could take this series. Two of the biggest adjustments by TiP against Dig were Rush’s improved warding and the team’s ability to play defensively in protect the Kog comps. These two attributes will be critical in determining whether or not TiP can win against CLG. One of the most important factors for TiP will be Rush’s dominance over Xmithie. This is quite possibly a match between the best performing jungler in NA and the worst performing jungler, and this big difference could be the key to stymieing CLG’s early game rotations.

For me, CLG is just too one-dimensional of a team, and Team Impulse look like they have the tools to withstand their early game assault and strike back in the mid game. CLG have done a good job of removing the poor performers on their roster in Nien, Seraph, and Link. But even though those three players were the main reason for the team’s historical poor performance in the playoffs, they just don’t match up very well against Team Impulse, so I think they will once again go through a split without winning a play-off series. The key for CLG to win will be a big performance from aphromoo to neutralize Rush on roams and deliver CLG strong teamfight engages, something which he just hasn’t been able to do in the play-offs. I think CLG will be able to take a game simply because of how great their early game is, but I don’t think they have the coordination to consistently snowball these leads.

Team Impulse’s key to success will be to remember to play defensively, perhaps around Apollo again. If Impulse engage onto CLG, CLG is great at kiting backwards, and they will also most likely have the gold lead. Impulse beating up on Dignitas was to be expected, its the way they beat Dignitas that convinced me that they will win this series. If they want to make it to the finals, we are going to need to see a repeat performance.