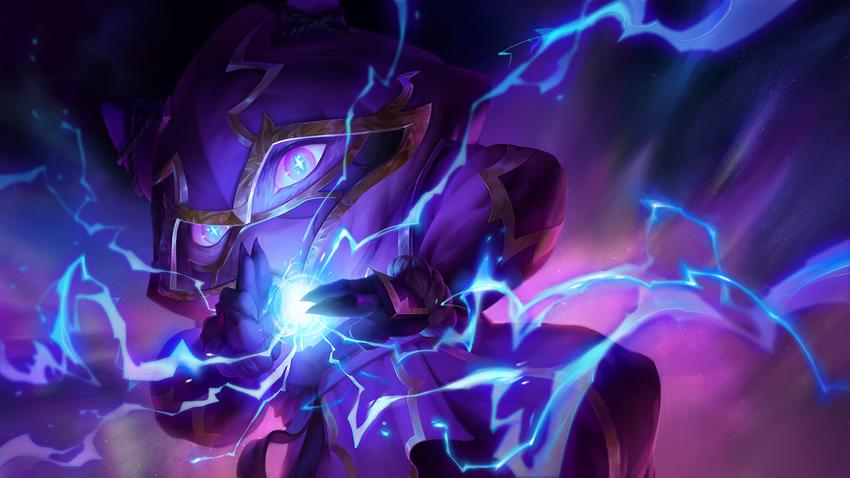 “Between Light and Shadows” follows Kennen as he attempts to rid a Kinkou temple of an “unknown evil spirit.”

The story begins with the lightning-fast yordle speeding through hills, cliffs, and plains to save the lives of his “Kinkou brothers and sisters.” The Raishai acolytes had been the most faithful Kinkou, following the order to not involve themselves in the war when Noxus invaded Ionia.

To honor their loyalty, Kennen “must save them.”

As the Heart of the Tempest set sail on a ferry to take him to Zhyun’s shore, he recalled when he first joined the Kinkou centuries ago. During a conversation with the first Great Master, Tagaciiry, Kennen admitted what he admired most about humans.

“‘Your stories,’” he said. “‘You have so many. Your lives are short, but your stories preserve what you hold most dear. That’s why you’re better suited for safeguarding the realms than any of the undying.’”

As the only yordle in the order, Kennen promised to bear the story of the Kinkou because the mystical spirits don’t age the same way humans do.

When Kennen arrived at the Raishai temple, his worst fear was confirmed. It wasn’t the temple that was corrupted, it was the Kinkou acolytes. The evil spirits were feeding on the anguish of the people unseen. Inky tendrils were clawing out of the spirit realm and preying on the Kinkou. Soon, they would consume the acolytes and “wreak havoc” on Raishai.

The Raishai acolytes were angered by Kennen’s words. How could the most loyal and faithful Kinkou be corrupt?

The only way the acolytes could heal is by leaving the Kinkou. This way, their dark emotions wouldn’t destroy them.

But a handful of acolytes were angered by Kennen’s words, challenging him with their blades. The yordle’s hand was forced, dropping his attackers with powerful electricity. The rest of the acolytes didn’t know what to do.

“Sometimes, to tell a story is to lie,” Kennen remembered.

So he told the acolytes to go in peace and he would tell their story. Everyone would know that they fought hard and with honor. The dark vapor surrounding the acolytes began to disappear as they gathered their wounded and moved on—free to find a new purpose.

“Someday, all of you will die,” the yordle thought with sorrow. “But I will bear your story.”