Jinx to get passive update in League Patch 10.2

Time to get excited! 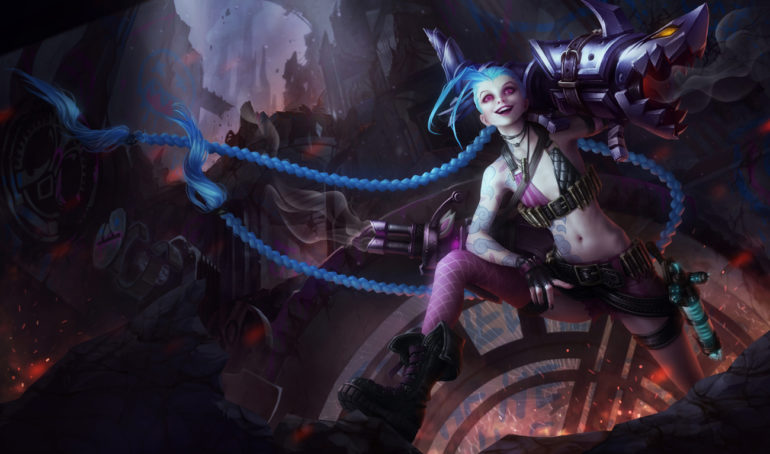 League of Legends Season 10 has just started and already Riot Games is introducing new elements to Summoner’s Rift and its champions. In fact, the Loose Cannon, Jinx, is getting an update of her own to her passive that’ll likely make her a bigger threat during jungle team fights.

Senior Champion Designer August Browning sent out a message on Twitter letting fans know that Jinx’s passive, ‘Get Excited,’ is getting a buff in 10.2.

“In 10.2 Jinx will be able to proc her passive off of Epic monsters she helps her team kill,” Browning said.

Get Excited allows Jinx to receive a boost of movement speed and attack speed after either assisting in or killing an enemy champion as well as destroying a turret. This passive can often determine the flow and direction of a team fight, so allowing her to gain this passive while dueling in Dragon or Baron pit will likely swing the odds of the fight in her favor.

The reaction to the update from the League community has been generally mixed. Some fans are excited that their favorite ADC is getting stronger, but others are worried that Riot is buffing an already balanced champion.

This news follows the announcement that Jinx’s shop price is now 4,800 Blue Essence instead of the previous max price of 6,300. This means that players could be seeing many more Jinx picks showing up in their games.

This buff remains tentative until it hits live servers, but you may start seeing a lot more Jinx bans if they do.