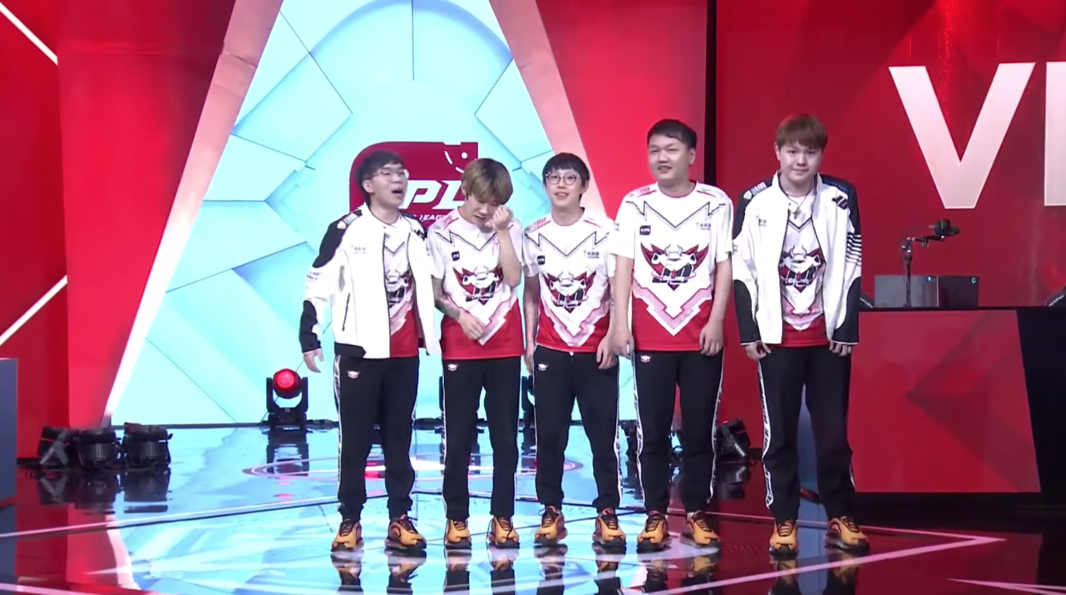 The LPL’s JD Gaming have looked phenomenal this split. The dominant Chinese League of Legends team picked up a convincing 2-0 series win today against Rogue Warriors, who are out of playoff contention.

JDG are close to reaching first place in the LPL Spring Split standings if they keep up their gameplay and win the remaining games in the 2020 LPL Spring Split. While there are other factors to consider, such as the top teams losing, it’s possible due to all the upsets seen across the world over the past couple of weeks.

Ex-Griffin jungler Seo “Kanavi” Jin-hyeok, who was a crucial part of the controversy surrounding the Korean organization, played out of his mind in the first game on Nidalee. He received the MVP award after he styled on the RW squad. This puts him at 12 MVP awards in the LPL Spring Split, the most on his team, showing his importance in JDG’s wins.

The second MVP award went to Zeng “Yagao” Qi after a ridiculously good Zoe performance. Even though Kanavi was on point in the second game as well with his Elise, the MVP went to Yagao in the end, who had decisive picks to kill opponents who were out of position and helped JDG secure objectives safely.

JDG’s offseason acquisitions have worked out well after a poor showing last year, where they finished eighth in the Spring Split and 10th in the Summer Split. The organization acquired Korean ADC LoKeN after former world champion Imp left the team. With their new ADC, they quickly found synergy and stomped bottom-tier teams, while also putting up good fights against top-tier squads.

While JDG have lost four series this split, they had one thing in common—JDG started their substitute top laner instead of Zhang “Zoom” Xing-Ran. With Zoom, the team looks much stronger and capable of taking series off the former world champions of FunPlus Phoenix or Invictus Gaming.

JDG are now locked in for the playoffs and have two easy matches coming ahead this week, which could improve their place in the standings to make their playoff run easier. The top three teams looked quite vulnerable in past series, so JDG seem on track to dismantle them with their decisive play. This might be their best chance to secure the LPL title after a poor showing since their inception.