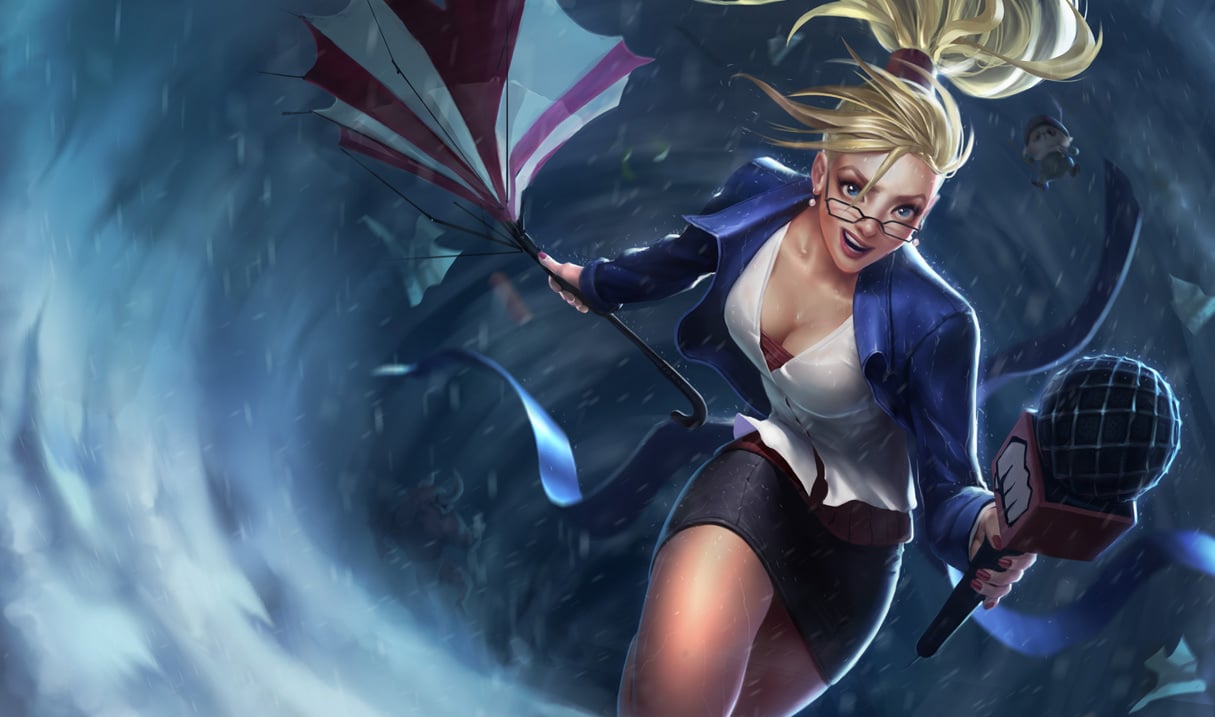 When you think of the strongest champion in League of Legends, you may think of beefy tanks, assassins with eye-popping damage, or play makers that can turn a game with a single catch.

But the true OP champion in the game doesn’t have tons of health, damage, or playmaking abilities—and that’s why she’s stayed under the radar as long as she has.

Janna may be one of the most boring champions in the entire game, but she’s certainly the strongest. It’s okay if you don’t believe it, perhaps the stats will convince you. Janna currently has the highest win rate in the entire game—for any champion at any role.

She’s sitting at a 56.5 percent win rate in solo and flex queue right now, according to League of Legends stats website Champion.gg. Her play rate is also the second highest of any other support, currently at 18 percent. In first place for play rate is Thresh at 19.5 percent, but he wins less than 48 percent of his games, so it’s much less scary.

So how can someone so boring be so damn strong? Well, there are a few reasons. For starters, she’s ridiculously easy to play. Use tornadoes on incoming enemies, shields on allies taking damage, and slows when trying to kite or chase. If your ultimate is up, use it when your team needs heals during or after a fight or use it to disengage an enemy team. It’s a very simple and straightforward kit with simple and straightforward uses. You don’t need to be a good player to apply a shield to an ally, and you don’t need to be a good player to throw tornadoes in the general vicinity of allies.

That being said, her shockingly simple kit is also really powerful. With the plethora of shield and heal boosting support items on the market right now, her shields have never been beefier, and her ultimate is stronger to boot. Combine that with the Ancient Coin which provides movement speed, tons of mana and gold, and cooldown reduction, and you’ve got one effective support. She’s essentially as powerful as Karma or Lulu without any of the skill required to play them.

Once you take all that into consideration, it’s not very hard to see why she’s the easiest champion to climb divisions with. And when a champion is that naturally good, nerfs soon follow.

As braindead as she is, Janna excels at a very specific thing—keeping enemies away from her carries. There aren’t many champions that can peel as well as Janna does, so any nerfs her way would need to be careful not to ruin her peeling identity. One interesting idea would be to add a rapid decay to her shield, forcing her to use it exactly at the right moments rather than just whenever the enemy looks at her ADC funny. Raising the cooldown on the shield would be another, simpler option, but that may have adverse effects on her playstyle.

Overall, Janna definitely needs something to lower her power, because it’s absolutely off the wall right now. No champion should win as much as she does, especially considering how often she’s played—and we wouldn’t be shocked to see some nerfs hit the PBE for her within the next couple of weeks.