Jankos has passionate opinions on the little flying furball. 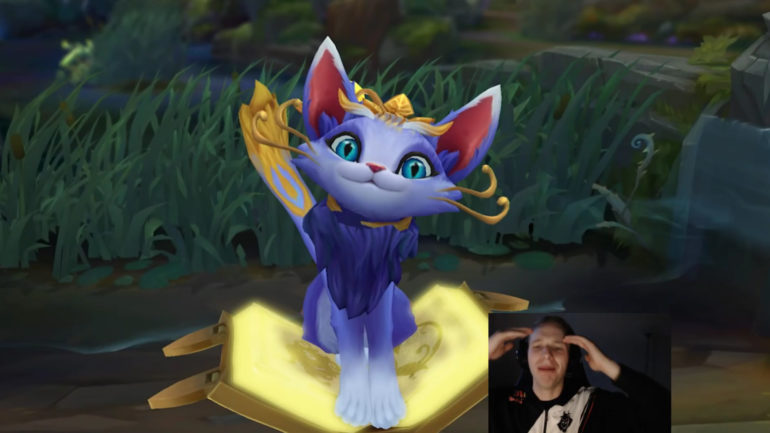 Everyone has that one champion in League of Legends that they just can’t stand. It turns out G2 Esports jungler Marcin “Jankos” Jankowski’s is the Magical Cat, Yuumi.

While streaming on Twitch, Jankos’ chat encouraged him to watch a YouTube video in which the uploader talked about what they believed to be instances of poor champion balancing. Jankos kept a pretty level-head while watching most of the footage commenting that the video wasn’t being entirely honest since most of the examples it presented included fed champions or champions who had just been released at the time of the recording.

It wasn’t until Yuumi appeared onscreen that Jankos’ attitude made a sharp deviation as he made his feelings on the floating feline evident.

“This is the fucking demon,” said Jankos. “For every minute she was in the meta I was getting pissed off every fucking game.”

Despite the G2 jungler’s sudden outburst, the video ends without showing any Yuumi gameplay. Jankos believes it doesn’t matter.

“They didn’t even Yuumi plays because everyone already knows she was OP,” Jankos said.

Despite a rough first release in which Yuumi held a cumulative win rate of 29 percent, the Magical Cat would eventually become one of the dominant support picks towards the fourth quarter of 2019. Due to her powerful support abilities including heals, slows, shields, and stuns, Yuumi was a powerful pick in both ranked and competitive play.

Eventually Yuumi received a much-needed nerf during patch 9.24, and has dropped in both play and win rates. Jankos seems to still clearly remember the dreaded power that this tiny kitty used to wield, and doesn’t wish to relive it. Either that or maybe he just isn’t much of a cat person.