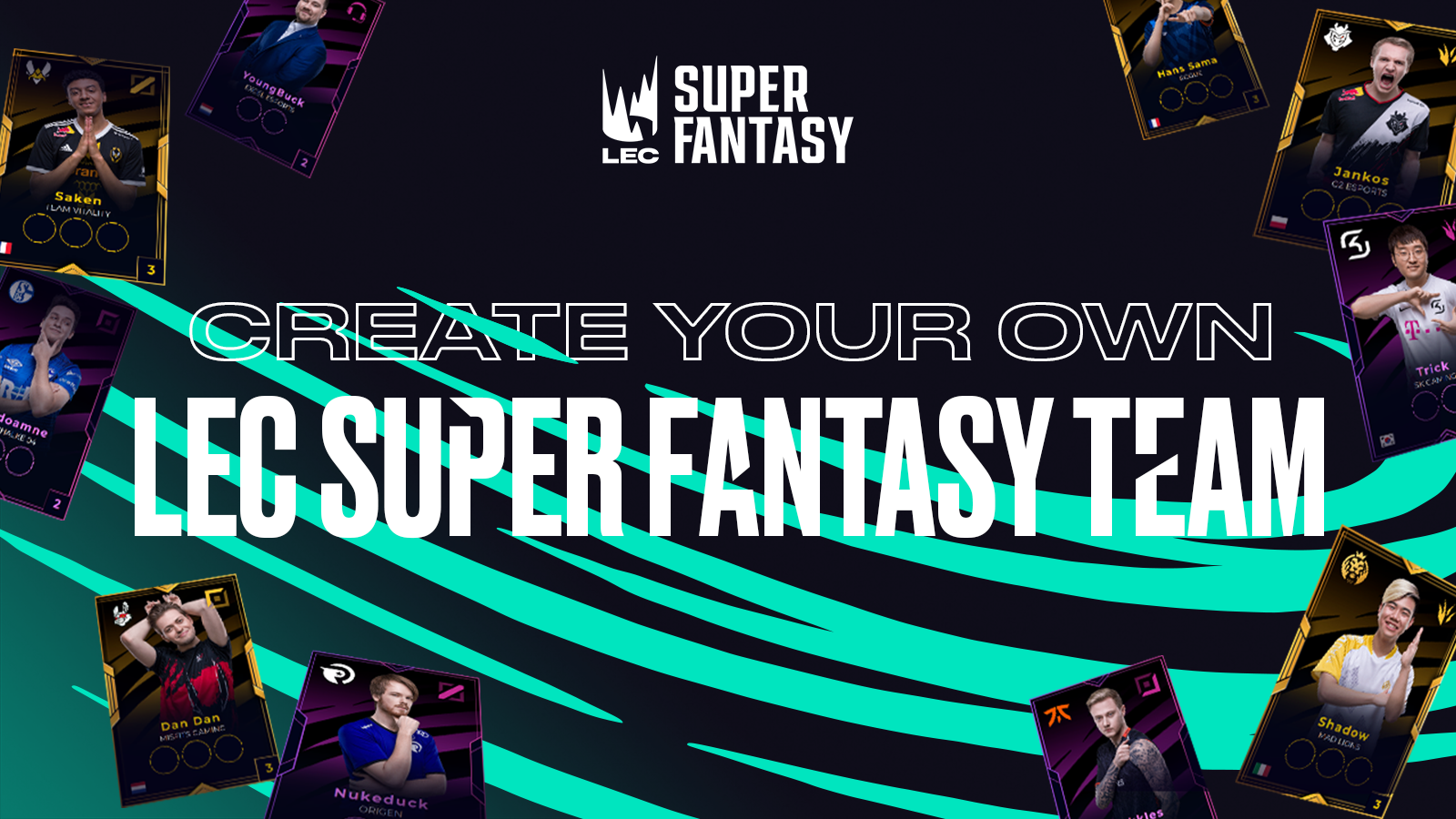 Get ready, LEC fans. Fantasy League of Legends is back.

Riot revealed the LEC SuperFantasy today, partnering up with LVP (MEDIAPRO Group) to create a game that allows fans to build their ultimate dream team and climb the leaderboards.

LEC fans can begin by creating an account or logging in using Twitch or Google. Then you can immediately start building your team or start a private lobby up with friends.

Teams should consist of one coach and five players, one for each position. But there are a few rules fans need to follow, such as how many players you can draft from the same team or a limit on items. Fans will also be subject to a maximum roster cost limit, which increases with every gameday. And you can create a roster any time up until five minutes before the first game of each day.

The LEC players’ performances will contribute to your team’s fantasy score. There are also “special card types” that increase how many points you earn. These different cards have varying levels of rarity, with rarer cards more likely to have slots for item cards. Consumable event cards can also boost your score by awarding more points to specific players or your entire roster.

Players can pick up those cards with daily rewards or purchase them.