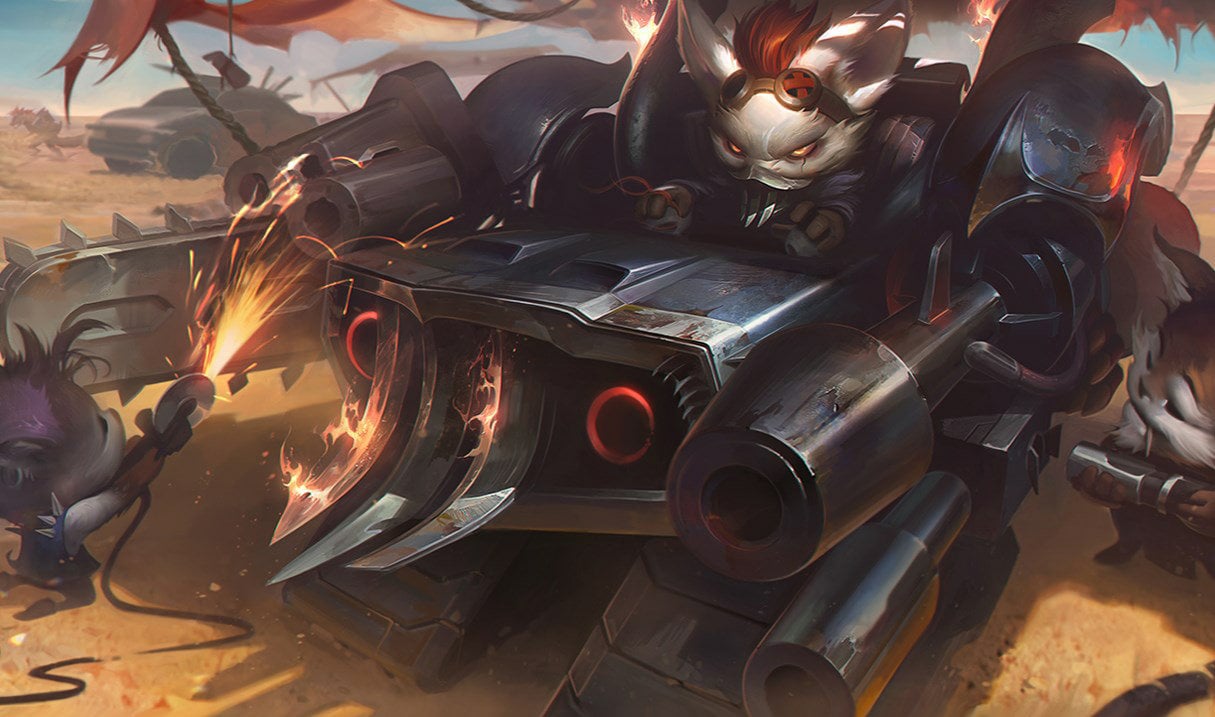 Rumble has become the latest League of Legends champion to join the game’s infamous “1,000-day club” since the character has gone nearly three years without getting a new skin.

The 1,000-day club has seen countless champions—largely unpopular ones—go several years without receiving a new skin. Characters such as Ornn, Ivern, Zac, Quinn, and many others have all gone at least 1,000 days in between skin releases at some point.

As of today, Rumble is joined by only Wukong in the club. Both champions haven’t received a new skin since April 2018.

Earlier this week, Shyvana was still a member of this club as well. Her 1,688-day streak of not receiving a new skin dating all the way back to May 2016 was one of the longest droughts for any champion in the game’s history. But with the recent announcement of the Ruined skin line, Shyvana mains finally have some sort of reprieve after nearly five long years of nothing. For Rumble, his latest skin release was the Badlands Baron skin.

Rumble still has a long way to go until he reaches the all-time record for days gone without receiving a skin. The mark of 2,025 days, posted by Skarner, was snapped in November.