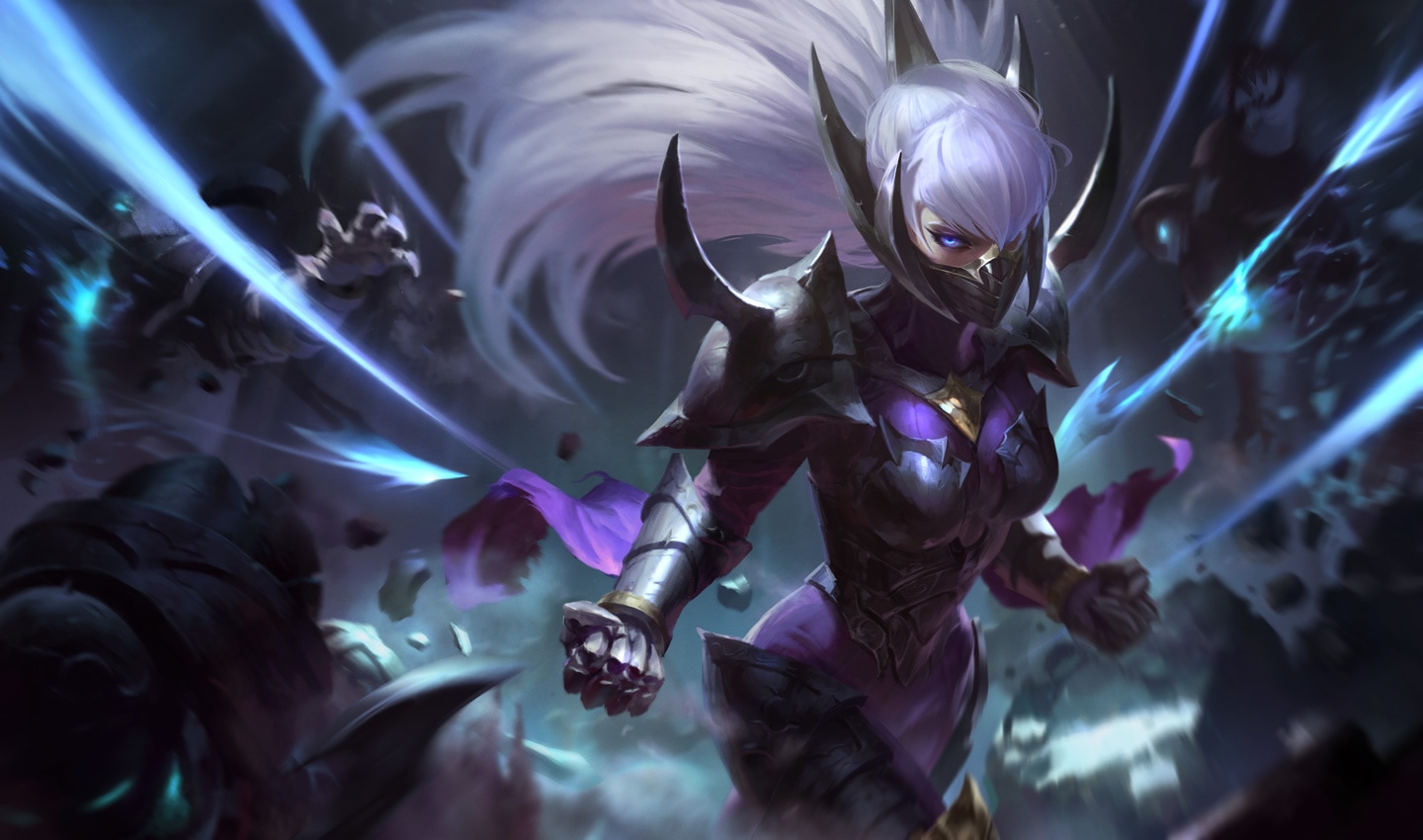 Just like every other major champion update all of her old skins are being totally redesigned, too. So, naturally, we compiled them all in a list in order to rank them based on nothing but our own totally subjective opinion, because why not?

Unfortunately, she hasn’t been loaded onto the PBE just yet, so we can’t see these skins in action, but we can see their splash artwork, so that will have to do.

While the Aviator skin splash art looks much more fun and quirky than the original, it probably won’t be that incredible in-game. It’s essentially a costume change that turns her blades into airplane propellers, which leaves little room for imagination when it comes to new effects and animations. They’ll just be flying propellers, which is cool, but not quite as awe-inspiring as her other skins.

4) Order of the Lotus

Order of the Lotus is Irelia’s most recent skin, and that means it’s probably one of her best, sleekest-looking skins available. Unfortunately, that also means it will probably change the least, but we could be wrong. While it’ll be cool to see new lotus-themed attacks, the splash art is essentially the same as the original, so it’s hard to justify moving it to a higher position on the list.

The new Frostblade Irelia is awesome. For one of her most expensive skins, it did little to change the way she plays, but this new version actually turns her into an icy warrior, and that’s badass. We can’t play with this skin on the PBE just yet, but judging by all of the icy features in the splash, we imaging he abilities will be changed in a big way.

This skin caught us by surprise simply because it’s such a huge improvement from its old version. Rather than a derpy-looking bank robber, she now looks like a supervillain with an upgraded mask and flashier colors, without ruining the theme of the skin.

Nightblade Irelia is a fan-favorite mostly because of its totally badass splash art. It basically makes Irelia look like a ninja-slash-superhero, and the importance of that cannot be understated. This new splash art manages to make her look even cooler, so it gets the best ranking we have to give.