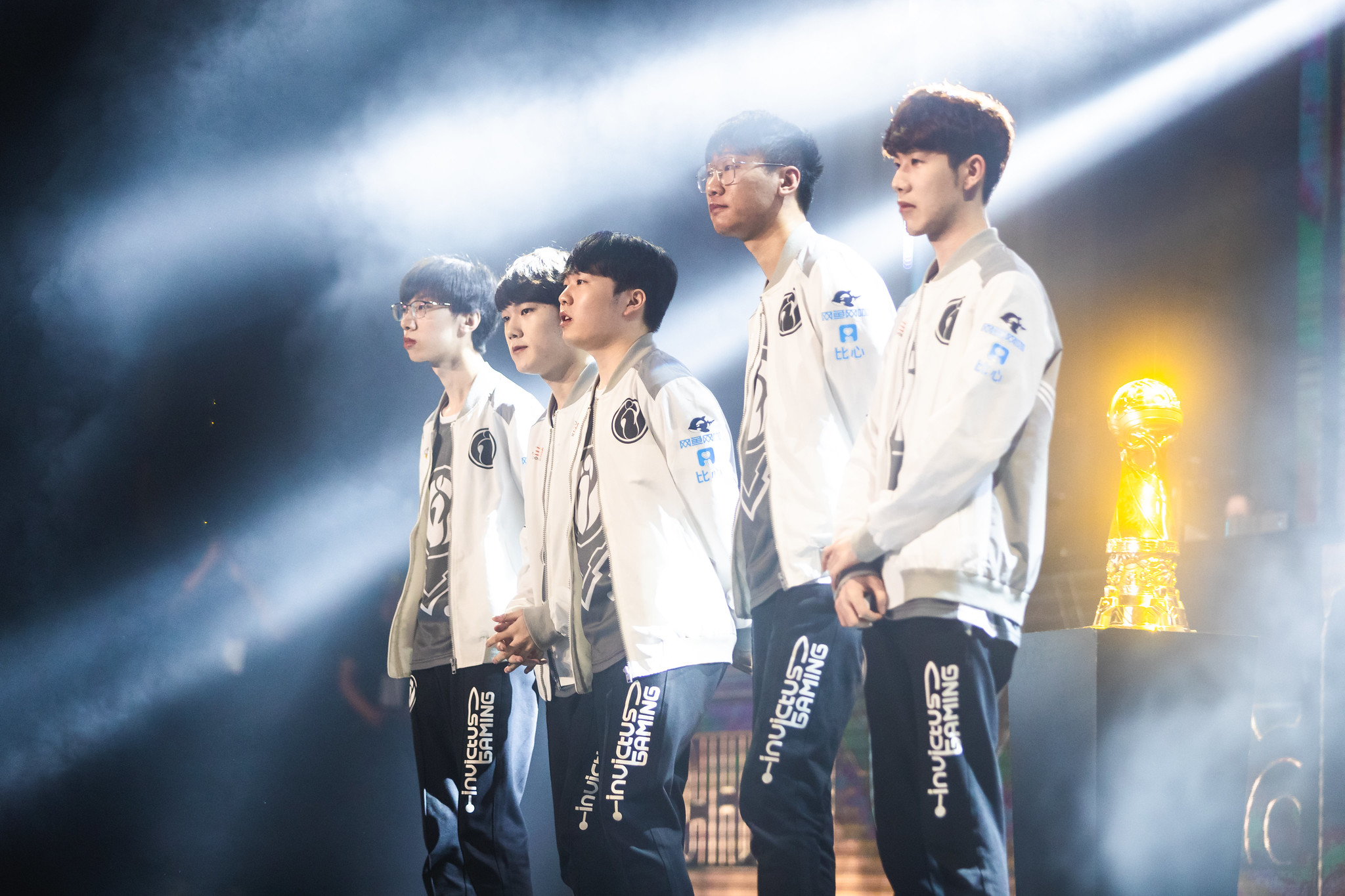 The League of Legends World Championship group stage is in full swing and today we had the 2019 Mid-Season Invitational semifinals rematch between Team Liquid and Invictus Gaming. Liquid were determined to keep their winning record against IG but failed to do so in a crushing defeat.

When these two teams met at MSI, Liquid bested IG in a decisive 3-1 victory. Despite this, many League spectators called Liquid’s victory a fluke. Liquid are the four-time LCS champions but have historically struggled internationally, which caused disbelief regarding their win against IG at MSI.

As the North American first seed going into Worlds and the most dominant team NA has produced, expectations for Liquid are incredibly high this year. They showed up against DAMWON Gaming yesterday and today’s match was close to start. But it quickly spiraled into IG’s favor due to the Chinese team’s pro-activity.

While Liquid didn’t necessarily lose in draft phase, IG definitely had a response. Liquid drafted a straightforward, easy to execute teamfight composition with Xayah, Rakan, and Gragas. IG, however, countered Liquid’s engage with support Fiddlesticks and Vladimir in the top lane. Additionally, IG had plenty of teamfight potential of their own with these two champions along with Orianna.

Liquid started off strong regardless of team composition. Jake “Xmithie” Puchero out-roamed IG jungler Lu “Leyan” Jue. He was top before Leyan could respond and right when his bot lane turned six, he was ready to gank. Liquid quickly built an early tower advantage with help from the Rift Herald. But of course, IG didn’t let Liquid run them over so easily.

Throughout the match, IG were not afraid to jump on potential picks. With every pick, IG slowly but surely built a lead. Liquid were constantly put into bad positions by the reigning World Champions. During the mid game Impact tried to split bot and IG responded by two of Liquids mid towers and followed up by baiting Baron to force Impact’s teleport.

At every turn, Liquid were forced to respond to IG’s movements. Since IG’s team composition made it hard for Liquid to engage, however, IG could easily re-engage with AOE damage from Fiddlesticks, Orianna, and Vladimir. IG continued forcing Liquid into fights and ended the game after winning another Baron fight.

IG have been on a decline since earning their World Championship title last year. Gao “Ning” Zhen-Ning heavily underperformed during this LPL Summer Split and was replaced with Leyan. The team finished seventh overall and had to fight through the regional finals to secure a spot at Worlds. Going into the group stage, IG’s performance was suspect. But with their win against Liquid today, they are 2-0 in groups and we could be seeing a comeback from the previous champions.

Tomorrow IG will face DAMWON Gaming beginning at 8am CT followed by Liquid’s match against ahq eSports Club at 9am CT.