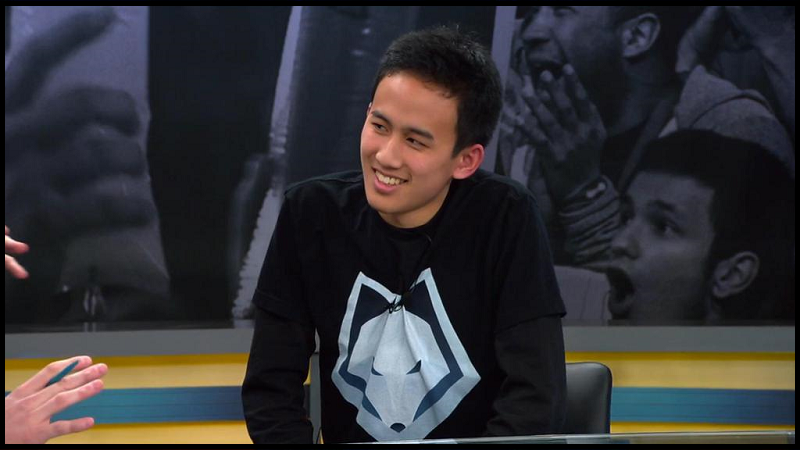 Earlier this week, I had the pleasure of chatting with Ryan “ShorterACE” Nget of NA LCS and CS fame. Having recently left Winterfox, ShorterACE is now a free agent seeking to make his mark on the competitive scene once again. We discuss his career so far, how he feels on certain changing aspects of the competitive environment, and where he thinks his journey is headed.

Hey there, thank you for your time. To begin, I wanted to ask you about your recent announcement. You’re now a free agent, what are your plans for the immediate future?

I thought a lot for a while if I wanted to try out for the new iteration of Winterfox but I ended up deciding to go home and start fresh. I thought about school but I’m unhappy with my results this season. I’m going to be preparing for next season and trying to improve myself as a player and take any offer I can get.

With the knowledge you now have, how hungry are you to get another shot at it? There’s little doubt your previous experiences would aid you in a future setting, no?

I went in knowing all the junglers were really strong in NA CS. Individually I just felt so inferior and even throughout the games we lost, I watched the games and like saw things I could improve to do better next time. It was pretty late by the time I became like “ok” but I’m really hungry for another chance. The season was so short so I didn’t have much room to grow. I’ve had like 2 LAN experiences and they’ve only helped a bit. Just my previous experiences give me motivation to want to be back on that stage. When I was at Expansion and LCS it just felt like a dream.

What do you think your biggest strengths and weaknesses were as a player this year?

My big weaknesses are my mentality and nerves. Throughout the season it was really like built up stress but after coming back home I feel so much more relieved and I’m playing a lot better. I haven’t really paid much attention to my strengths since we didn’t really win many of our games. Probably like, being able to play aggressive even when behind, like trying to make something happen instead of just rolling over, but I guess that’s a bit stupid aggression. I’m unsure what my strengths are because competitive is different from solo queue.

What would you say is your favourite competitive game of your career so far, LCS or CS?

CS was fun when we won… Like, I debuted on COGnitive Gaming and won two series into NA CS then got owned by Team LoLPro. During Expansion my team, F5 beat Zenith and Complexity and that’s kind of how I got known.

LCS was fun regardless since I was playing on such a nice stage getting to meet most of the players I respect. It’s an amazing feeling going from a fan to a player. The players know who you are, it’s a different experience.

If you had to pick one specific game/series from your memory?

I remember being really nervous vs. Gravity because I didn’t get the chance to play against Curse Academy at LCS Expansion but they stomped all the teams we lost to. When we played I practiced Rengar almost every scrim and I was just really happy to get the pick I wanted. When I was playing the game I was just so happy I’m doing so well for my first LCS game and when we won it was just like holy shit we did it! Then I get on the analyst desk and I’m like oh… I’m so happy I don’t know what to say.

How much do you feel you’ve progressed since your cameo in the LCS?

I was playing off like pure feel when I was in LCS, but now I think a lot more about my decisions. I think as a player I’ve gotten a lot stronger since then.

Given your experience in the challenger series, I wanted to ask you how you think the scene has changed over the last year or so. Do you think the talent / infrastructure has improved?

I think this year there has been a lot of new talent, and people also bringing in talent from other regions. The challenger series infrastructure has improved but not that much. There are a lot of organizations getting into league too, just need people to be careful with contracts.

I think the challenger scene deserves a stage, but it’d be really hard to implement for an entire season. Like the play off portion could have a stage. Nothing is more disappointing if a team has to surrender due to connection issues (Denial eSports for example).

What’s your opinion on the state of the jungle role at the moment? Do you think it’s healthy?

The state of the jungle isn’t something I really like. I miss having a lot of early pressure junglers. I hate playing tank junglers. It’s a lot more decision making but it’s so boring as a viewer to watch.

What would the ideal state of the role be in your mind?

I want jungle to be a lot more skirmish focused and action early on. It’s a lot more fun to watch and like more exciting to play. I want leads through fights I just hate farming and scaling all the time.

Did you happen to catch the recent drama regarding sandbox mode, and Riot’s stance on the mode? If so, what’s your opinion on the whole situation?

I just find it dumb they won’t make one due to “an extra layer of toxicity”. It’d be so much easier to practice jungle clears and getting used to skillshots or even like flashing over walls.

So, another point of drama recently has been the servers being shifted to Chicago, upsetting many of your fellow professional players. What are your thoughts regarding the server relocation, and how will it affect your competitive experience?

I mean it sucks for competitive players but its gotta happen. I’d wish they’d just have like US West and US East servers.

Do you have a ‘hero’ player, and do you think you model your playstyle after them?

KaKAO, the way he pressures is unreal. I remember watching OGN Summer 2014 and him doing really well even if his team isn’t as strong. He’s a player I want to be like.

Who have been your favourite solo-laners to play with competitively?

My two favorite solo lanes I’ve played with are Rhux and Gate on F5. No matter how much we sucked I still had a lot of fun playing with them. Rhux was always calm and collected in wins and losses, and Gate and I were just idiots together.

We’ve spoken a little about your immediate plans, what about your long term plans. Where do you see yourself in six months? Your career is still very young, one would hope you’re not done yet!

In six months I hope I’ll be playing relegations, I really want to be there proving I can be as strong as the other junglers. I hope a team picks me and I know I’ll do a lot better this time around.

Thank you once again for your time, do you have messages for your fans / anything you want to say?

It’s been a disappointing split for me. I’d like to thank any of the fans I still have supporting me. My first year in competitive eSports was only so enjoyable because of all the people I’ve met and had the chance to talk to, thank you to everyone that has supported me!