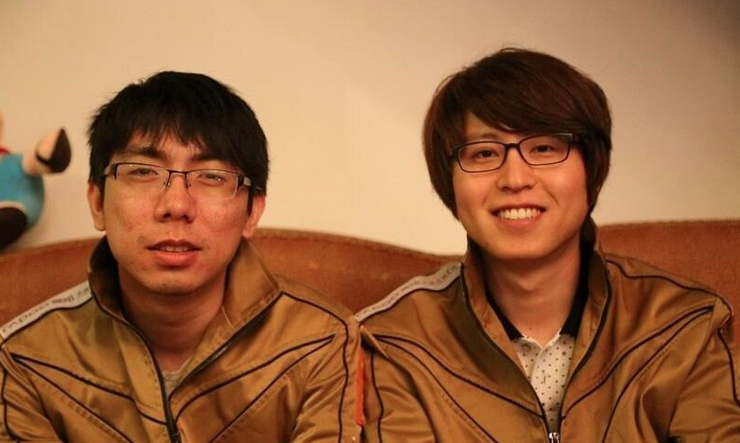 In the semifinals, LGD beat EDG 3-0. While everyone was busy being happy for LGD, there was one man who we couldn’t overlook. That was LGD’s coach, Chris.

For some fans, Chris’s ID is very familiar. In S1, him and Tabe’s bot lane repeatedly helped IG win. This veteran has since become a coach, and in S3 and S4, he’s helped SHRC secure their second place standing.

Q: After becoming a coach, you joined SHRC, Newbee and LGD. For you, what kind of differences is there between being a coach and a player?

Chris: To be honest, the most important thing transitioning from a player to a coach is mentality. Because as a player, you only need to worry about your own performance. Your analysis isn’t that well rounded and you won’t go out of your way to study film.

These are qualities that coaches all needed. To make it easier, players need to keep up their mechanics while the coach needs to be more observant and more mature. As a player, you might have a lot of bad habits. But as a coach, you have to fix all of these habits. And work hard to set a good example for the players.

Q: Today’s games were pretty good. Do you have anything to say about them?

Chris: I hope the players won’t relax just because they won today. There’s a long road ahead of us. As a coach, I will put in my best effort to help them perform well on the international stage.

Q: What kind of preparations and fixes did you make against EDG today?

Chris: To be honest, our preparation wasn’t that extensive. Yesterday, after playing Snake, we had to play EDG next. Our preparation wasn’t enough at all. Also, because of certain changes, EDG’s didn’t have to play in the past two weeks. So we could only focus on what EDG liked to play before.

Today, EDG’s early game was still good. In this aspect, we fell behind a little. So we banned out their Twisted Fate continuously. We wanted to find an opportunity to team fight earlier on, and force them to play under our momentum. This way, our odds of success would be higher. Our players performed pretty well, so we beat EDG.

Seems like your players’ performances satisfied you. Why don’t you tell us a little bit about each player?

Chris: Acorn played very consistently today. He fits into LGD’s play style. His TP play was great, and I think he played how a top laner was supposed to play today.

TBQ, in the first game, was counter-jungled by Clearlove. After the game, I told him this problem and he fixed it very quickly. So in the last two games, he played pretty well. But I hope he can take the initiative to invade more often in the early game. At the same time, Pyl has to improve on his rotations. He’s a player I’m very optimistic about. He’s improved in a very short amount of time.

GODV’s assassin play declined a bit, especially in the second game on Yasuo. I hope that when Worlds comes around, he can play all the assassins as good as his Diana. Also, I think he needs to work on his utility champions as well. He’ll be our sword in the finals.

To be honest, I only like to brag about my players. I’m scared they’ll hear it and show off too much. Still, Imp’s performance made me speechless. It was perfect. Maybe a small problem is that it might get to his head. Sometimes, he goes too deep. I hope he can keep up a good state of mind for the finals.

Pyl played how I wanted him to play today. His jungle wards were placed really well. He put out the right abilities in team fights. Still, he can get caught out in mid game. I hope he can change this problem.

Q: After joining LGD, there seems to be a big change. Why did you choose to leave Newbee and join LGD?

Chris: After the former coach left LGD, Pyl found me. Because before I became a coach, I played with him. We’re very familiar with each other. Pyl said they really wanted to make the S5 finals, and wanted my help. And I also wanted to be a part of another finals, so I promised him. But since Newbee wasn’t finished competing, I couldn’t join until the final weeks.

After joining LGD, what kind of changes did you make for the team?

Chris: Before, LGD’s pick and ban had problems. And they fell behind in scrims. Also they practiced for the sake of practicing, and they couldn’t find a reason or goal. After joining, I helped him set their foundation. For example, today we want to practice a certain team composition. We won’t just scrim without a goal in mind. Also, I’ll stop myself from banning OP champions, so I can find a strategy during practice to play against it.

There are fans that say we saw a shadow of SHRC. All the players were protecting Imp. How do you look at this?

Chris: Maybe it’s the way we coordinated the team. I like protect the AD comps. So we practice it a lot, influencing the players to protect Imp. But SHRC was SHRC. LGD is LGD. Before, we only had one strategy. I taught them a lot of strategies I’m familiar with. Afterwards, we’ll focus on more strategies that can help us win.

GODV might be the number one mid laner in the LPL right now. His play style is exceptionally aggressive. Did you make any changes for him?

Chris: GODV has to be more well rounded.

For the other teams that are left like QG and EDG – who do you think will be left behind?

Chris: Even though EDG lost, they’ll can probably still get a seed into worlds. The last seed – QG probably has a bigger chance. Still, we need to look at picks. Everything is still up in the air.

I’ll ask something everyone wants to know. Today, you beat EDG. If QG beats IG, you can go directly to Worlds. Were all the players cheering for QG?

Chris: Because we’re familiar with QG, we told them to play well. We watched them play against IG, so everyone turned into QG’s fan. Haha. After QG beat IG, we felt more relaxed. Because if IG gets into the finals, we’d feel a lot of pressure.

Q: Before getting a ticket to worlds, did the players have another way to practice? Did you study the international competition?

Chris: I’ll start paying attention to the international competition. I’ll analyze with our other coach and prepare with him. He’s very good at gauging the competition. He helped a lot before. For the players, we’re going to set some new foundations and new champions to practice.

Q: Even though you got second for the S3 and S4 championships, you probably feel some regret. This is also LGD’s first time in the finals – what are your thoughts?

Chris: Right now, I don’t want to say anything too much. We’ll move forward steadily. We’ll put in our best efforts to get a good result. At the same time, I hope everyone doesn’t hype up LGDs players too much. They’ll get full of themselves. LGD’s style has always been low key. Hopefully, we’ll continue this.

Q: LGD’s improvements has been the dream of many fans. Lastly, do you have anything to say to LGD’s fans?

Chris: Thank you everyone for the love. We won’t fail to live up to your expectations. After getting the ticket to finals, we’ll work hard for every game. Hope everyone can continue supporting us!