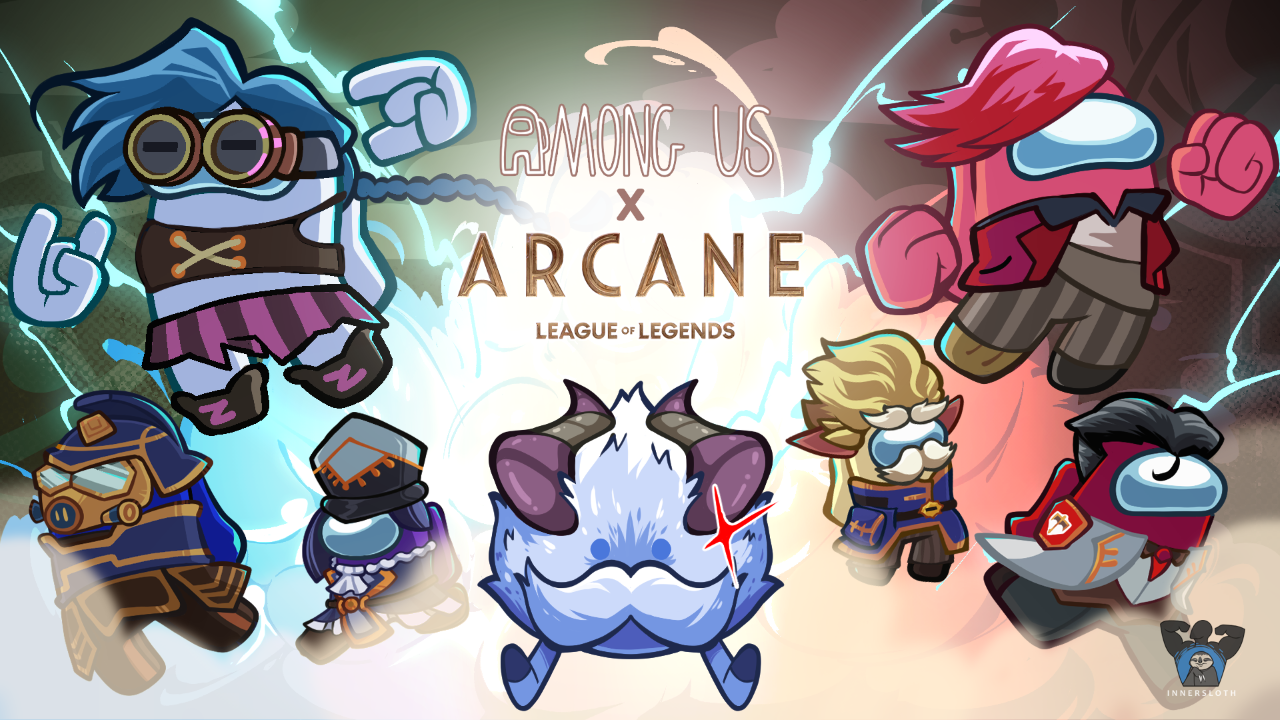 Among Us x Arcane

Among Us players will soon be able to dress up as some of the League of Legends champions from the newest animated Netflix series, Arcane.

Riot Games first teased a collaboration with Among Us on Nov. 7, and Innersloth revealed today all the Arcane-themed cosmetics coming to the game.

Obtainable only until Dec. 31, the Arcane bundle, called Cosmicube, will unlock various items such as hair, pets, and clothes inspired by League champions. Cosmicubes are one of the latest additions to Among Us, and, by activating one, players will obtain Pods that can be used to earn in-game cosmetics.

Like other accessories present in the game, Arcane cosmetics don’t have any effect on the gameplay. Beside cosmetics related to League champions, the bundle will also have some enforcer-themed accessories, including Jinx’s grenades and the iconic Claggor’s goggles.

Here’s the full list of all the Arcane-themed accessories available on Among Us through the Arcane Cosmicube.

The Arcane Cosmicube will be available for purchase in-game until Dec. 31.