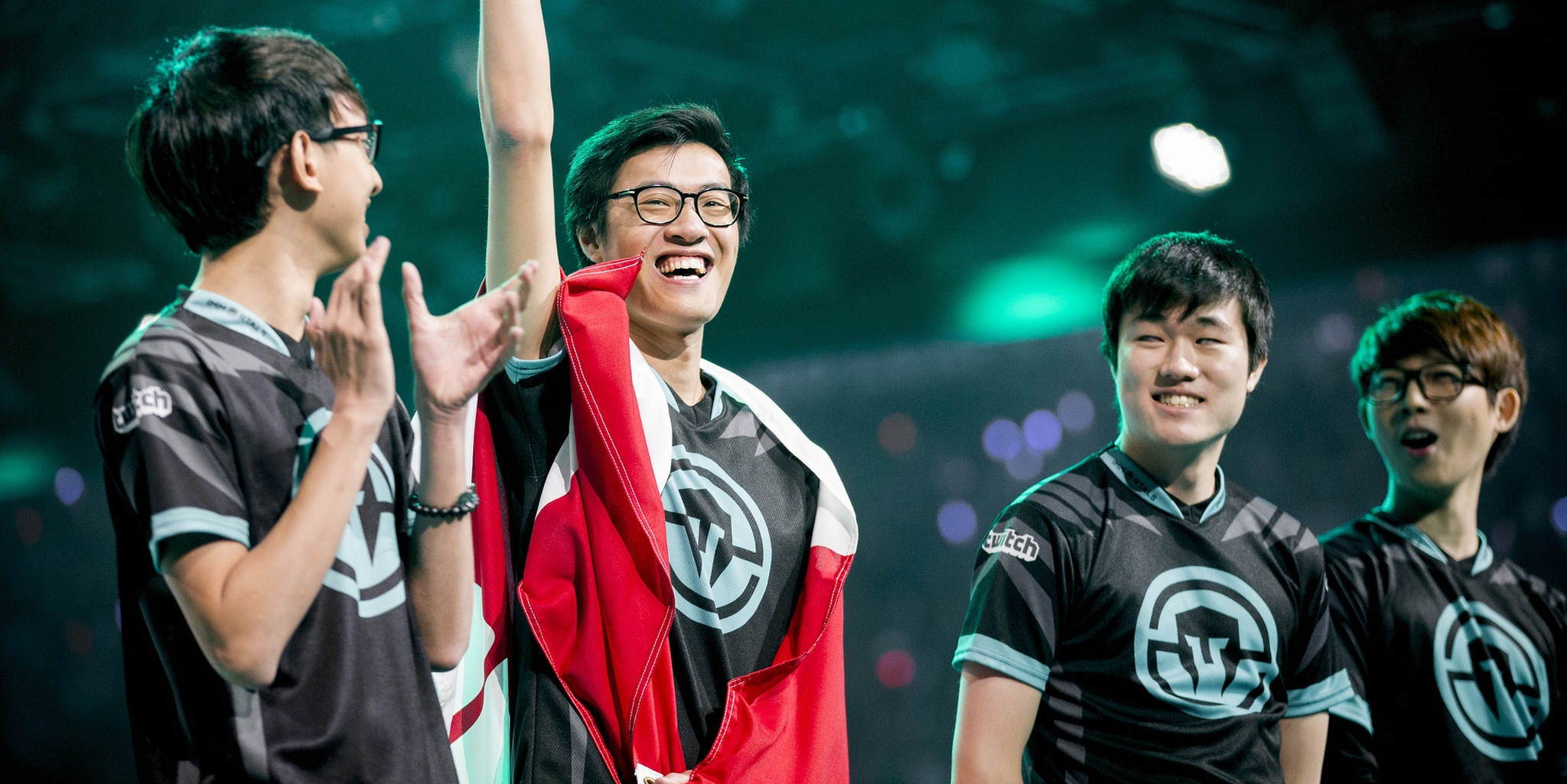 For the second consecutive split since joining the NA LCS, Immortals were forced to settle for third place in the playoffs after dominant regular season performances. The team took down Counter Logic Gaming 3-2 today at the Air Canada Centre in Toronto.

The series was entertaining from the very start as game one turned into a bloodbath with 46 total kills, featuring a seemingly constant stream of team fights. CLG mid laner Jae-Hyun “Huhi” Choi carried with a 14/1/12 spread on Syndra. Huhi gave CLG an early lead by unloading a full combo on Eugene “Pobelter” Park’s Karma for a solo-kill shortly after hitting level six.

At one point, CLG aced Immortals twice in a two-minute span. That would spell certain doom for most teams, but with their base in shambles Immortals forced yet another team fight at the Baron pit. With a few too many flashing health bars for a team that had more than a 10k gold lead, CLG barely won the fight and took the game minutes later.

Immortals turned the series around in game two by converting a successful mid-game team fight into a quick 33-minute victory. The near-capacity crowd chanted the summoner name of Immortals AD Carry Jason “WildTurtle” Tran, a Toronto native, during a timeout, and he rewarded their praise with an 8/1/5 performance on Sivir.

Game three and four both lasted longer than 50 minutes. The former was a wild back-and-forth contest in which Immortals recovered a Baron steal at the 45-minute mark by CLG jungler Jake “Xmithie” Puchero. Immortals went for broke when they abandoned a team fight in CLG’s base to power down the nexus 50 minutes into the game.

In game four, CLG lost their early lead when Immortals picked up a delayed ace at the 25-minute mark. Long-range picks by Huhi’s Vel’Koz and AD Carry Trevor “Stixxay” Hayes’ Jhin let CLG recover, and a split push on the nexus turrets by top laner Darshan Upadhyaya’s Shen forced Immortals into a doomed Baron fight, which allowed CLG to end the game.

Six hours after the event began, the crowd erupted in cheers when WildTurtle picked up first blood in game five. The mental grind of the long series may have worn down CLG as they made some uncharacteristic mistakes that allowed Immortals to build a 6k gold lead at 20 minutes. In the end, it was the hometown hero WildTurtle who carried Immortals to the series win, going 10/1/5 on Ezreal in the final game.

WildTurtle celebrated by waving the Canadian flag that was draped over the back of his chair throughout the series as the crowd chanted “Turtle.”

Immortals may have made their smartest move by banning Jhin for game five. Stixxay went 29/7/28 in three games with Jhin throughout the series. The constants for Immortals in their three wins were Pobelter playing a nearly unkillable Vladimir and top laner Heo “Huni” Seung-hoon on Ekko.

Before the series began, Riot awarded the split’s Most Valuable Player honor to Team SoloMid mid laner Søren “Bjergsen” Bjerg. Both CLG and Immortals will be pulling for Bjergsen in TSM’s finals matchup with Cloud9 tomorrow.

Even with the loss, CLG will qualify for Worlds if TSM beats Cloud9. If C9 wins, CLG will have to win one series (likely a rematch with Immortals) from the top position in the regional qualifier to make Worlds.

Immortals will also be pulling for a TSM win, which would leave them with the top spot in the regional qualifier since they would have more championship points than C9.

Here are the crucial moments from Saturday’s series.

Immortals was losing the game from the moment Huhi solo-killed Pobelter at the six-minute mark, but they continued to challenge CLG with team fight after team fight. After being aced two minutes prior, Immortals engaged another team fight and nearly won, but CLG held strong.

Another team fight leads to another ace for @clgaming! #NALCS #LockIn https://t.co/91Bqen0dLE

Playing at a slight gold deficit, Immortals outdueled CLG to steal a cloud drake. In the aftermath, Kim “Reignover” Yeu-jin scattered CLG with a Gragas ultimate, allowing Pobelter’s Vladimir and Huni’s Ekko to slip into the backline to take out Stixxay’s fed Kalista.

. @Immortals steal the drake and get four kills in the ensuing team fight! #NALCS #LockIn https://t.co/2mk7yWxX01

In a match that was chaotic until the very end, Immortals made the do-or-die call to abandon the team fight and power through CLG’s nexus at the 50-minute mark.

After Immortals clawed back from an early deficit, CLG put them in a catch-22 situation by starting Baron while Darshan split pushed onto the nexus turrets. Immortals tried to force the Baron, but CLG’s four-man squad wasn’t about to let that happen.

The deciding game of the series turned on an early team fight. Immortals took control of the skirmish after CLG gambled to try to burn down Pobelter’s Vladimir, a recurring mistake CLG made throughout the series.

An extended team fight in the jungle leads to three kills for @Immortals! #NALCS #LockIn https://t.co/ZGtSXtHBF6