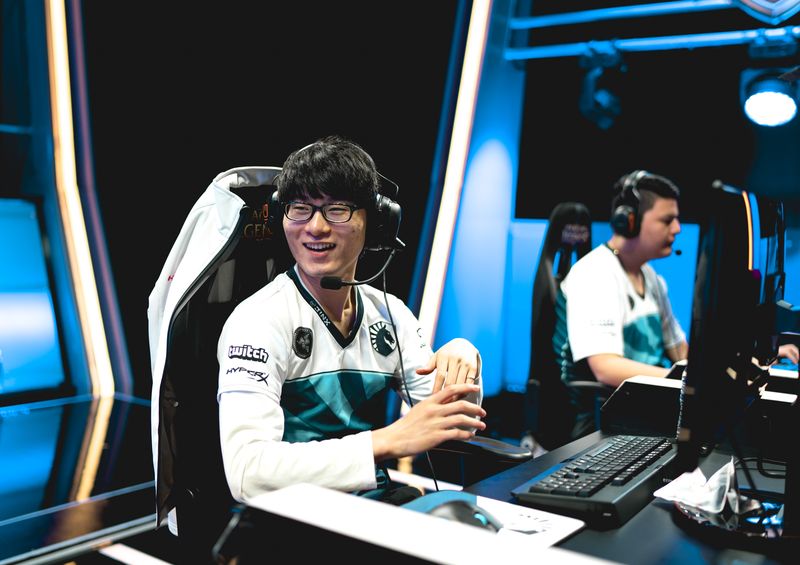 Unlike other teams that were still scrambling to assemble rosters, Team Liquid went into IEM Gyeonggi with a measure of roster certainty. They brought in Kim “Reignover” Yeu-jin to stabilize the jungle position as well as their shot calling. The other four members were known quantities, centered around star ADC Chae “Piglet” Gwang-jin, who was supposed to give them a winning lane in every matchup.

Instead, Liquid fell on their faces in their debut match against Europe’s Giants Gaming. Despite picking a horrible lane champion on Vayne, Piglet actually managed to stay relatively even and the team rotated around the map for towers. But eventually, his mechanics fell off and he was caught by traps and snares again and again.

The casters put a lot of blame on Piglet, but it wasn’t all on him. After getting through the early game on obvious rotations, the shot calling from Reignover and support Matt Elento fell off a cliff. Samson “Lourlo” Jackson had a couple critical teleports cancelled. Greyson “Goldenglue” Gillmer was completely absent, late for fight after fight despite playing Ryze. It was a total team failure form the coach to the players.

In past iterations of Liquid, this could have devolved into a mess of finger-pointing and players shutting down. But the double elimination format gave them new life and the team took full advantage.

The team bounced back nicely in their next match against the wildcard team, showing off the vision its owners had in mind when putting the team together. Reignover was everywhere. Lourlo was getting solo kills in lane on his favored Nautilus—his best champion by far on Team Liquid. It’s surprising no one banned it.

That series win set up a rematch against Giants Gaming for a shot at the semifinals. After looking so horrible in their first game, could Liquid bring it back?

The early answer was a resounding “no.” Giants completely dominated game one, picking up tower after tower despite ceding some kills. Reignover did as much as he could but Piglet’s Vayne was again a disaster. Liquid lost all three lanes and looked completely lost in the macro game. Even when Lourlo did make it through on a teleport, his team wasn’t there at the same time and he gave up a free kill.

The Giants snowball continued until they overstayed in the mid lane and Piglet finally picked up some kills. Rejuvenated, Liquid won every fight as Giants threw the game.

Shocked by the throw, Giants completely fell apart in the the second game. This time, they picked the late-scaling ADC, Jinx, for Elias “Upset” Lipp, who otherwise had a strong tournament. But Liquid picked on that matchup and Giants couldn’t manage to stay even. A pretty clean game gave Liquid a spot in the semifinals.

There, they fell against a much more talented and better prepared Samsung team. Samsung are the tournament favorites and it would have been surprising for Liquid to take a game. But they had their moments, picking up an early lead in game one before the same macro shot calling issues that have plagued them came back to bite them again.

Overall, Liquid accomplished what should have been their goals for this tournament. They know they have some talent on this team and got experience on stage as a group. They proved that they can play around Reignover, their prized offseason acquisition. And they know what they need to work on: their bot lane composition and shot calling in the macro game.

Liquid has a lot of issues to work out and the competition at IEM is a bit uneven. It’s too early to say if this team can finally break their curse of fourth place. But it’s the perfect time for the coaching staff and players to begin building a strong foundation.