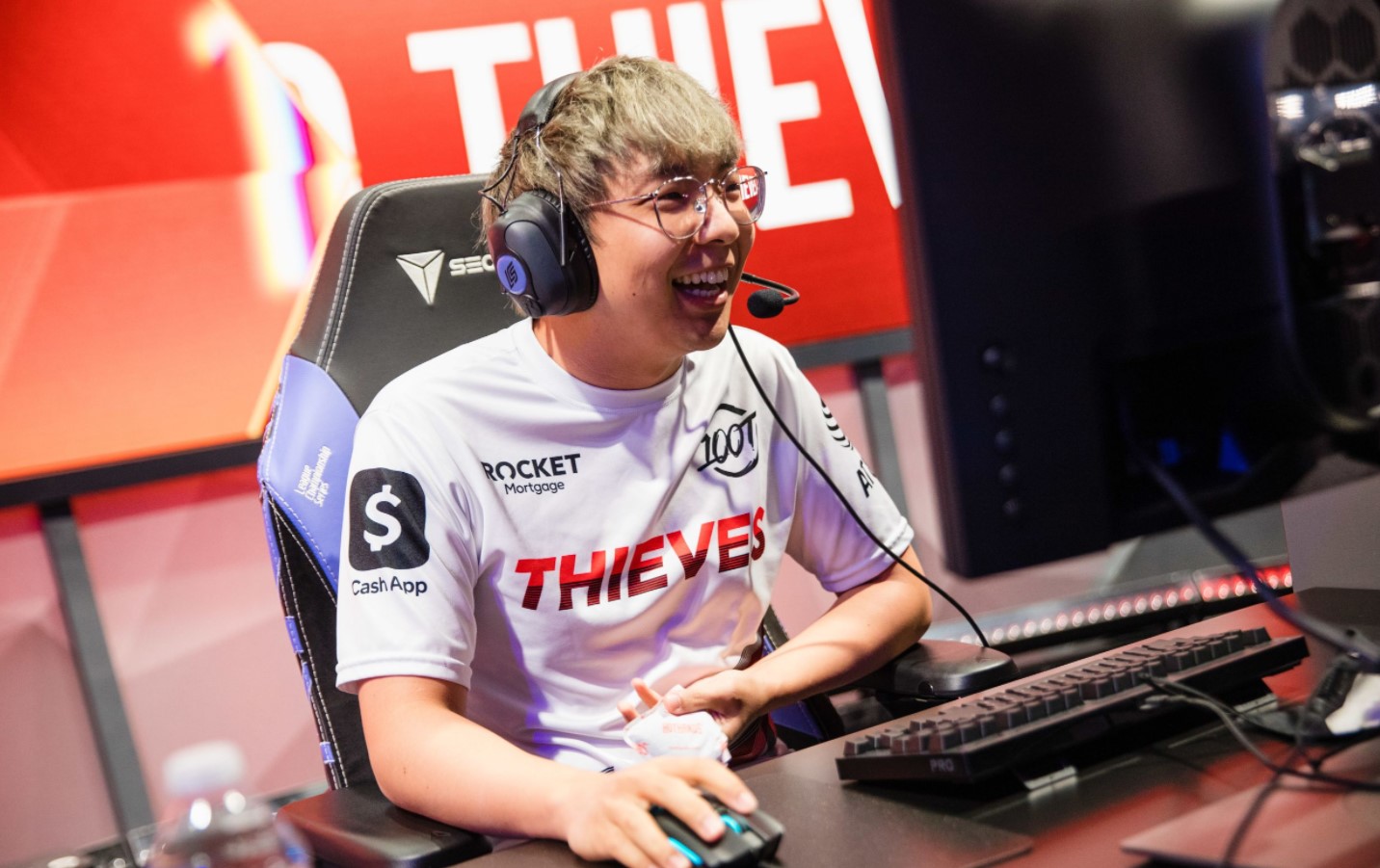 The 100 Thieves roster shakeup news isn’t slowing down, with support Huhi is reportedly returning to Golden Guardians after two years, according to TheGameHaus.

One of the most consistent supports in the LCS in the last few years, Huhi might be heading back to the org that served as his springboard onto the 100 Thieves roster after he, along with the rest of the “Golden Guardians core” of jungler Closer, mid laner Damonte, and AD carry FBI, were all purchased by the org after a 2020 Summer playoff run that saw them reverse swept in the lower bracket by eventual champions TSM.

The 2021 LCS champion will likely be replaced by highly-rated 100 Thieves Academy prospect Busio.

Further rumors circulated by Travis Gafford added fuel to the offseason fire as he posited the most likely destination for Doublelift should he return to the LCS would be 100 Thieves, along with former Team Liquid mid laner Bjergsen and disgruntled former TSM jungler Spica, who won a Summer MVP award the last time those three played together on the infamous 2020 LCS champion TSM roster.

The fact 100 Thieves ran back their 2021 LCS Championship-winning roster in and of itself was surprising. Even winners tend to change at least one piece in the subsequent offseason in professional League. But by the end of this past year, it was clear the roster had run its (albeit very successful) course. The Thieves reached three straight LCS finals from Summer 2021 to Summer 2022, but conversely were on the receiving end of the two fastest finals in the league’s history in each of this year’s splits.

In a brutal group at Worlds 2021 which included arguably the two best teams at the tournament in T1 and eventual champions EDward Gaming, 100 Thieves went a respectable 3-3, taking a game off EDG in the process. In 2022, the Thieves, along with every other LCS representative at the World Championship, went 1-5 in their group in a brutally underwhelming international tourament showing on home soil.

Jungler Closer and mid laner Abbedagge were reportedly allowed to explore other options for the 2023 season, signaling potential departures that would follow on the heels of general manager PapaSmithy leaving his post for FlyQuest after three years at the helm, as well as head coach Reapered departing the organization.