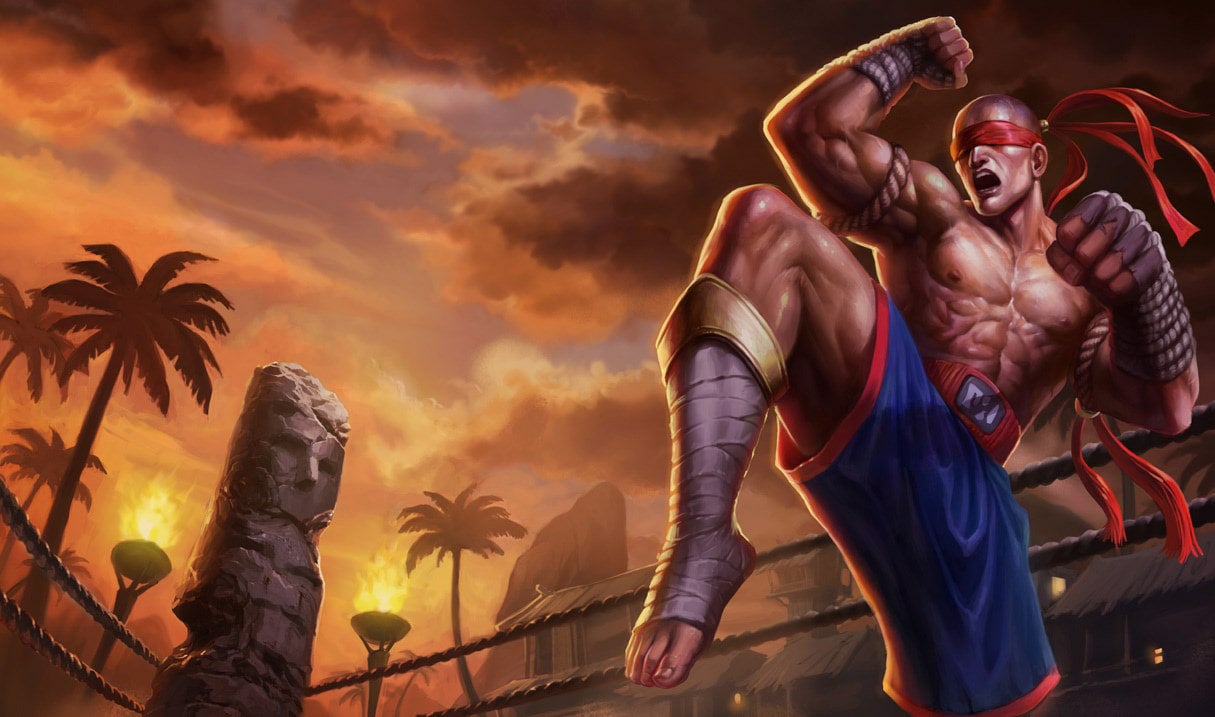 Lee Sin, one of League of Legends’ most popular junglers, has seen a resurgence in the solo lanes.

Heading into the 2021 Mid-Season Invitational, higher Elo players and professionals have been practicing their Lee Sin and some analysts expected to see the Blind Monk show up in the solo lanes at this international event. Within the first three games of MSI, Lee Sin was banned twice and picked in the third game of Royal Never Give Up vs. Pentanet.GG.

Here’s everything you need to know about how to play Lee Sin in a solo lane.

Why lane Lee Sin over jungle?

This year hasn’t been kind to Lee Sin in general, with only 14 games played throughout the four major regions in 2021 professional play (four during the 2021 LCK Spring Split and 10 during the 2021 LPL Spring Split.) The current jungle meta has given other junglers with better clear speeds and strong ganking patterns the chance to overtake him.

While this isn’t the first time Lee Sin has been seen in the solo lanes (this occurred back in seasons two and three), the new Mythic items allow him to be a bully in lane and gain an early advantage. Once receiving these early boosts, he can snowball into a powerful force that greatly aids his teammates.

Despite these newfound advantages in lane, there’s always a chance to flex Lee Sin into the jungle. This gives skilled players a chance to get an advantage during the draft.

There are two general keystone paths you can go when it comes to playing Lee Sin in a solo lane. The factors when deciding your runes usually depend on if you take him mid or top, which champions you’re facing off against, and what your team composition needs you to be.

Usually when you face off against champions that allow for extended trades, Conqueror is the de facto choice due to the bonus stats and healing it can provide.

If you’re trying to assassinate opponents and are aiming for shorter burst fights, Electrocute is a perfectly viable option, especially if you’re considering going into the mid lane.

If you build a large early advantage and you’re playing like an assassin, Prowler’s Claw is your go-to Mythic item. In addition to the raw damage that the active provides, Prowler’s Claw gives Lee Sin an extra dash, which allows for more potential outplay scenarios and adds even more mobility options—something he doesn’t really lack in the first place.

Prowler’s Claw also provides damage amplification. This means if you’re trying to burst an enemy down, it’s better to lead with this item active first since it effectively boosts the rest of your damage.

The other popular Mythic item option when playing Lee Sin in a solo lane is Goredrinker. This is especially efficient when facing off against multiple fighters and when battles are sure to last a while. The extra sustain it yields, in addition to its damage, gives you a lot more staying power on the map, allowing you to contribute more to your team.

If your team has enough frontline and bulky members, Prowler’s Claw is the safer bet. But if your squad is lacking those qualities, then Goredrinker will provide more use to your team composition.

In extremely rare circumstances, if the majority of the enemy team is super bulky, you can pick up Divine Sunderer or Trinity Force as your Mythic item. This is inadvisable in most circumstances, however, due to how it alters your playstyle when trying to maximize your Sheen procs between multiple autos.

Depending on the opposing champion, you can start any of Lee Sin’s basic abilities. The most common one to start off with is your Q since this is mostly used when you can force an early advantage against a weak laner or most melee matchups. Since Lee Sin operates on energy, you can also sometimes play for attrition against champions that are fueled by mana.

One quick tip when considering your Sonic Wave ability is that the cooldown begins when you first activate it and not when Resonating Strike completes. This means you can potentially set up favorable extended trades by using Sonic Wave right before it times out, potentially getting off two Qs in one skirmish.

If you’re against an even matchup and need to push up the minion wave quickly, starting with your E can turn the lane in your favor.

In an unfavorable lane matchup, like against ranged champions with consistent poke and the ability to dodge your Q, you can start W to absorb auto attacks with a shield and sustain through the lane.

Performing in the mid to late game

Similar to your laning phase, most of the advantages you’ll try to get in the later stages of the game will be through taking a lead and never giving your opponents a chance to slow the game down. Getting your Mythic item, whether you go Goredrinker or Prowler’s Claw, will allow you to look for fights due to your absurd damage.

While solo lane Lee Sin is better when games don’t last too long, you can still bring value to a teamfight thanks to your ultimate. Being able to perform ward hops and Dragon’s Rage Flashes at a moment’s notice will be imperative to playing Lee Sin. Aside from having the ability to perform his combos, understanding when to go for them and which combos to use is also another key to finding success with this champ.

The best way to understand these timings is to just play Lee Sin more and practice him. This allows you to get used to the flow of both micro (combos or flashy mechanics) and macro (knowing where to be on the map and when, and which items and runes to go for) play. And the more you play, the better you’ll become.

Players looking to see pros trying out Lee Sin in a solo lane can expect him to pop up during MSI 2021, which started on May 6.