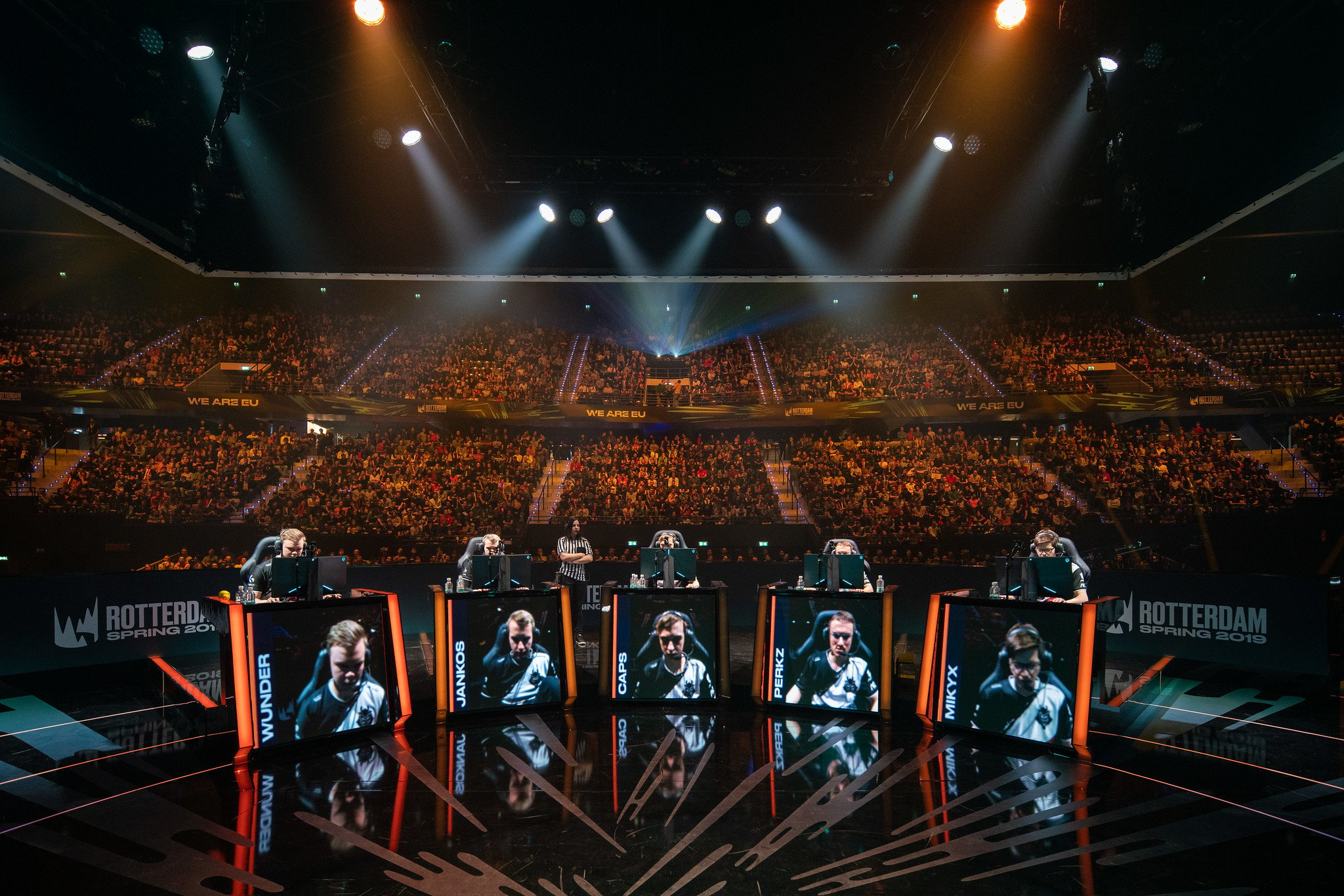 That was still better than North America’s Team Liquid, who after losing to SK telecom T1, bounced back to thoroughly dismantle G2 in an NA vs. EU classic.

It’s been a tough few days for the LCS representatives, but they’ve fought their way through and scraped into a playoff berth. Here’s how it happened.

#G2phoria was truly off and racing as the European champions took down Korean dynasty SKT in the first game of MSI. Although they couldn’t follow it up with a win over Invictus Gaming, taking down one of the best teams at the tournament was a fantastic start for the Europeans. Their penchant for creative play caught the normally controlled SKT off guard, and they gave the region hope with their win.

The second day was even better. They first beat Team Liquid in a trans-Atlantic showdown, then took down Flash Wolves in their second game. These two snap victories came off the back of strong team play from G2, with mid laner Rasmus “Caps” Winther recovering from what only could be described as a mental block against Song “Rookie” Eui-jin the day before to carry his team to the win.

With three wins under their belt after two days, Day 3 was a chance to consolidate their second place position by taking down SKT and PVB. PVB unleashed on the Rift and outdid G2 at their own game to take the upset, while G2 narrowly avoided going 0-2 on the day by defeating SKT once again. A collapse was imminent for the European champions, however, as they’d only manage a single win over the last two days.

That win came over the Flash Wolves. And while it was impressive, it was the last time that G2 would see the victory screen for the remainder of the Group Stage. Their second game on Day 4 was against Invictus Gaming and the Chinese juggernauts wasted no time in shutting them down and outdoing them at every turn. Caps even won the laning phase against Rookie, but the LPL mid laner helped his team fight back.

On the final day, the Buffalo again dropped G2, while Team Liquid, led by Xmithie, systematically destroyed G2’s early game. The loss meant G2 finished third with a 5-5 record, and as Team Liquid was selected by Invictus Gaming to play in the Quarterfinal, the LEC champs will do battle with SKT for a spot in the finals.

After taking out the LCS title following a reverse sweep of TSM, TL traveled to Ho Chi Minh City to await the winner of Group A of the Play-In Stage. In a relatively quick 3-0 sweep, Team Liquid locked their spot in the Group Stage by taking down the Phong Vu Buffalo, who qualified the next day after taking down Vega Squadron.

The North American representatives started their MSI campaign equally as hot as G2, finally giving a beacon of hope to LCS fans that a team not named Cloud9 can make it to the group stage of an international event. ADC Yiliang “Doublelift” Peng achieved this milestone for the first time in his career, despite his numerous other accolades. In the second game of MSI, they took on the LMS’ Flash Wolves and walked away victorious, before backing it up with a victory over the Buffalo. While these two teams were regarded as the weakest in the tournament, the wins still mattered as they would only pick up two more over the next four days.

It was tough sailing for Team Liquid on days two and three. They were quickly humbled by G2 and Invictus Gaming as those teams emerged as early frontrunners for the title. Struggling to string anything together courtesy of miscommunication and desperation, jungler Jake “Xmithie” Puchero was unaccustomed to the lack of jungle dominance had had in NA and was unable to aid his lanes.

The next day wasn’t better as they tumbled to SKT and in their rematch against the Flash Wolves faltered once again, allowing Lee “Bugi” Seong-yeop’s Xin Zhao to take over the game and be far too involved in the rest of the lanes. Xmithie failed to make an impact, meanwhile Jung “Impact” Eon-yeong was a reliable force in the top lane. While he wouldn’t win the laning phase he certainly wouldn’t lose it.

They collected a second win over the Phong Vu Buffalo but rolled over and took multiple beatings from IG and SKT. However, their greatest achievement, was having already locked playoffs, was taking down G2 in their final match to improve to 4-6, only one game behind G2’s 5-5. Xmithie led the team in stepping up thanks to some early ganks and Doublelift’s Kai’Sa got rollin—enough that G2 couldn’t keep up and were crushed by NA

Both teams had ups and downs during the MSI group stage, but with quarterfinal spots, both now have a chance to make an impact and show that the gap between the East and the West is starting to close.