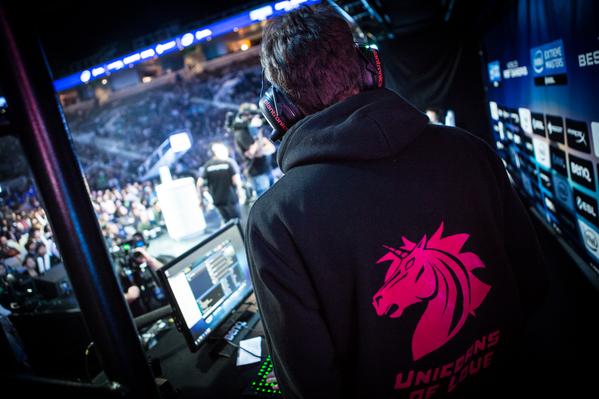 At this LAN event we get to see teams  attempt to adapt and mold team compositions for patch 4.20. I see time and time again players not understanding the drafting phase of League of Legends especially when it comes to popular level teams. For this article I wanted to show from an analyst perspective what is going on in the picks and bans phase of the TSM vs UOL series.

In bans already we see some odd things. A nunu ban is really weak especially since Kikis has not played Nunu yet.  No syndra ban for PowerofEvil. Corki is banned without taking Lucian away from them leaving them with lower tier ADC choices.

This whole ban phase is already off to a bad start. TSM has basically 2 options for ADC either take Lucian first rotation or take a tier lower AD by allowing UOL to get Lucian. They also allow UOL to take Gnar for free.

Instead they prioritize on the Pantheon pick up for Santorin. Pantheon is a good pick but not as good as Lee Sin, a signature champion for Santorin. Pantheon should also be grabbed later in the draft instead of the first rotation. Kikis has already shown in the Lyon games to play oddball picks like Kayle so this isn’t denying anything from him. I suspect they believed Nunu was multiple tiers above other junglers and as going to be a priority pick for the tournament and felt like they were forced to pick it or ban it and decided on the ladder.

This is main game I wanted to address in this article. This part of the picks and bans relies heavily around the mid lane matchup. First off, people need to understand Twisted Fate was picked to counter the Pantheon global. After UOL did this, it looked like a fine pick to stop the Pantheon ult pressure. Next, TSM picked Xerath to counter Twisted Fate in the laning phase. UOL had the last pick of this series and was able to grab ANY pick they wanted. UOL decides to pick LeBlanc to counter Xerath in the laning phase and move Twisted Fate to jungle. This single handedly would be the story of this game as TSM had some quite bad lane matchups

When we break it down it’s pretty easy to see how TSM lost against UOL. This does NOT include how PowerofEvil still played a fantastic game by solo killing Bjergsen multiple times. Santorin is not the problem of this game. The main problem was the level 2 gank from Twisted Fate and the repeated solo kills on Bjergsen decided the early game.

I don’t honestly blame TSM for this particular loss, they had an unknown strategy (Twisted Fate jungle) used against them. They should have picked Syndra away from PowerofEvil instead of counter picking him because even if he didn’t play LeBlanc up he still would have had his signature champion up. TSM had no reason to ban Corki, they could have taken it for themselves and instead used that Nunu/Corki ban on Gnar and Thresh. TSM should have focus more on a first pick Janna and forced Hylissang to play something out of his comfort zone.

These bans are fairly standard. UOL removing 2 strong mid picks 1 arguebaly a flex with Jayce. Rumble also denied to Dyrus leaving Thresh Irelia and Syndra open for them. TSM removes the LeBlanc that they lost to last game and stops banning the ADCs finally. TSM really makes a mistake here where Syndra is still not banned. Compared to the last ban phase this one is still pretty decent especially if they get Syndra/Thresh in the first rotation.

This pick phase was a bit more tame from TSM as they finally get one of the top two ADCs with Corki. They were also able to get a top tier support and top lane from their picks. However, they made another crucial mistake by letting 3 members of UOL get their signature champs with Syndra, Irelia, and Thresh all going to UOL’s side.

The Nunu pick once again shows TSM not having the best preparation on this patch overvaluing Nunu instead of Lee Sin. Santorin is known for his Lee Sin, why not take this here to have a stronger early game and prevent any sort of cheese strategy? Also, Lee Sin is a great counter to Wukong with the E stealth detection and counter gank potential.

Finally, the most important picks are the last two. PowerofEvil should have not been able to grab Syndra last pick. This is where TSM really dropped the ball. Bjergsen is a Syndra main as well, I was sure they were going to take it away from him earlier during the draft but it looks like TSM was attempting to counter pick their mid since they were red side. This strategy would have worked if they didn’t give him such a comfort pick. I cannot wrap my mind around why TSM picks Azir into Syndra, they have the lot of any champion Bjergsen wants to counter Syndra with and they pick Azir. Azir is actually very strong this patch but versus Syndra you can be bullied out easily and can be outranged by Syndra. What is the point of this? Showing off? Overconfidence? I’m really not sure but this was the back breaking mistake TSM made that cost them the early game yet again.

Santorin shouldn’t be blamed for this game again. He single handedly kept them in the game by stealing multiple dragons but the 20 CS advantage PowerofEvil had plus making Bjergsen back twice pre 6 shut down TSM’s hardest carry. TSM is notorious for winning the laning phase and snowballing off that. With Bjergsen shut down, they had little chance to snowball in either game showing their achilles heel.

TSM could really have used some more preparation going into these matches. They do have an analyst named Dylan Falco but I honestly think they were focusing too much on the finals instead of the early rounds. I don’t understand why they couldn’t have done more research. As seen below NIP/MIL former analyst found these stats in 5 minutes:

At this point, it should be clear why such a powerhouse team like TSM could lose to upcoming UOL. Proper research on picks and bans and understanding the key champions of your opponents can go a long way. While I do believe that TSM put a lot of time into researching patch 4.20 I do not think they invested enough time in researching their opponents especially PowerofEvil.