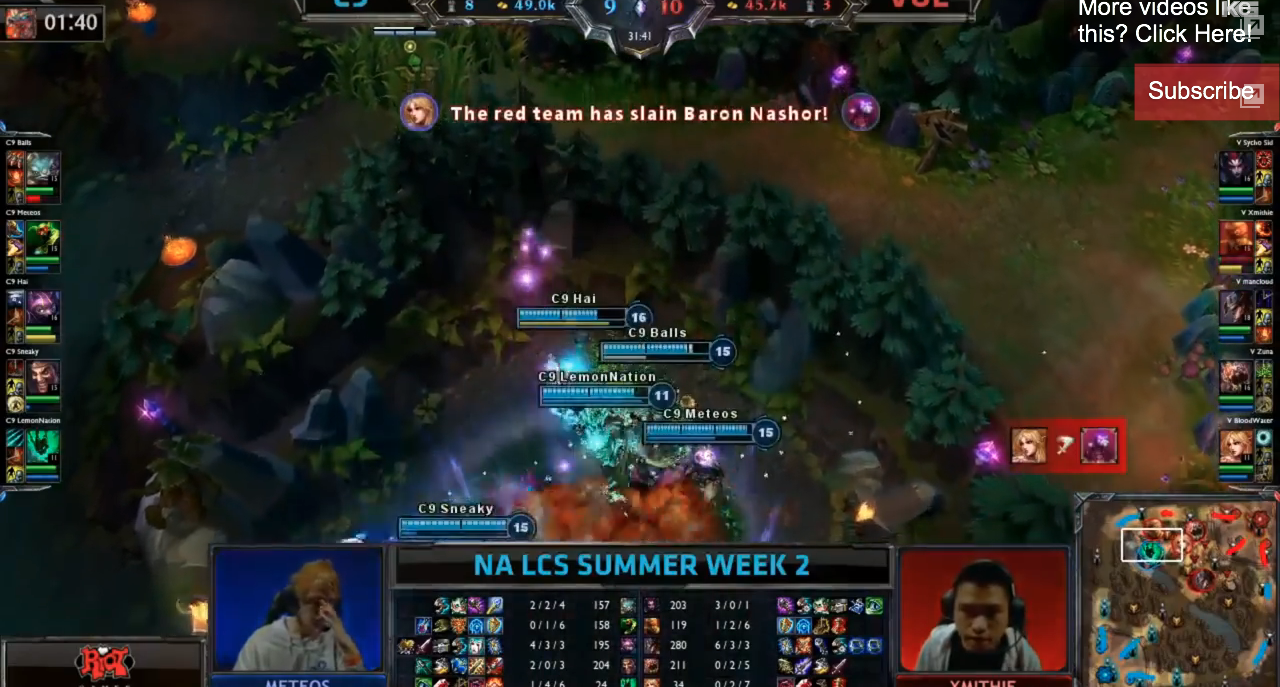 Everyone knows the feeling as an AD carry. You put in all the work harassing your opponents, you get them low, flash in, and…your support Sona “accidentally” gets a double kill with a Hymn of Valor. While this can be frustrating in solo queue, how much does this type of thing matter in the professional scene?

What I really want to quantify was how much of an impact a support stealing an early kill from an AD carry had on a game. I designated any kill in the first 12 minutes as an “early” kill. Also, I focused on kills in which both the carry and the support had a hand in. The support killing the top laner on a roam is not stealing anything from his carry, and an AD who solo kills someone is not taking a kill from his support.

There are a couple problems with this analysis. The main one is that we don’t know which situations AD carries tend to get early kills in. What if carries only got these kills because their team was 4000 gold ahead? Does which side the teams are on matter?

So, I made a model that adjusted for the gold advantage, dragon advantage, and side that the teams were on. (Don’t worry about knowing math. The main article will have almost no math, but for those who are interested I’ve shown the math on the next page). My model predicts the probability of winning the game given the above factors 12 minutes into the game (so it’s an early game predictor).

There are two really cool things about this. One is that I can isolate certain factors. For example, there are statistics floating around that say things like “First Dragon is an 85% win rate”. However, most teams that get the first dragon are winning anyways, so how much does the dragon itself actually matter. What my model can do is say, “Let’s say the teams’ gold is even. Now how much is the dragon worth?”

Before, I reveal exactly how much a killsteal is worth in the professional scene, here are some cool things I found:

Most unlikely comeback (the game that almost broke the model)

I went through the EU and NA games, and I got numbers for the killsteal that I was expecting, maybe a little higher. When I started to add the Korea games, the number stayed about steady, then dropped suddenly. What had happened?

Here‘s what happened. (This was Jin Air vs. Samsung Game 2, and the model gave Jin Air a 96% chance of winning at 12 minutes)

This type of comeback boggles the mind. Jin Air had a 2800 early game gold lead…with  the first dragon…on blue side…with 3 kills on Tristana at 12 minutes. How do you throw that away? This massive outlier game made AD Carry kills look counterproductive.

How much is the first (before 12 minute) dragon worth?

How much does side matter?

If everything else (gold, dragons) is equal at 12 minutes, being on blue side gives a team a 64.9% chance of winning. Remember, this is not the advantage at the beginning of the game, which I’m sure is even higher; if you’re otherwise tied in the early game, being blue is a massive advantage.

How much does gold advantage at 12 minutes matter?

50% chance of winning: Even gold

Now, how about our original question? How much does a killsteal hurt a professional team?

If a support gets an ADC-assisted early kill in an even game, the support’s team will get a 6.5% boost. If the ADC gets the kill, the ADC’s team gets a 7.2% boost. This means that an early killsteal is worth at most 0.7% of a game.

To put this into perspective, this is 5 percent of a dragon, or about 33 gold. There has been an impact, but it’s been small. So, next time, you see your favorite team’s support steal a kill, don’t stress out too much about it.

(Math on next page)

?First, I tried multiple linear regression for this (the normal first thing to do). Unfortunately, I ran into a huge problem. Here was the equation I got: