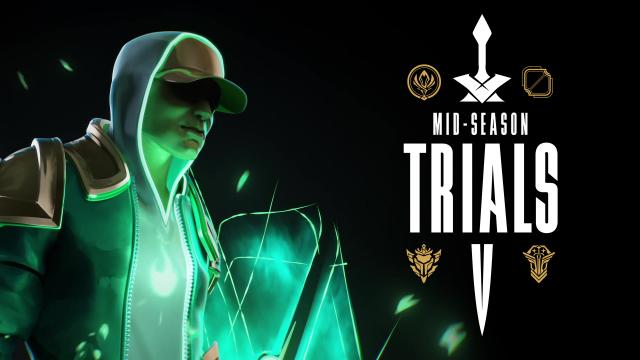 It’s been a week since fans began completing missions for their houses in the latest League of Legends event, the Mid-Season Trials, and Riot Games posted an update today revealing the event’s standings.

House United stands in first place, followed by the Warband and the Faceless in second and third place, respectively. House Council brings up the rear at the bottom of the standings.

Related: Everything you need to know about League’s Mid-Season Trials

Those who have yet to side with a house can do so through the game’s client. If you’re still unsure which house to choose, you can take a quick sorting quiz that will recommend a house that best fits your personality.

Players will have until 2am CT on June 2 to complete any remaining missions to help their house take the lead. Only missions that feature a house icon count toward house progress, and each week of event missions will yield additional points to allow teams the chance for a comeback.

In addition to house points, players will be granted another set of rewards. Completing five missions rewards players a house emote. Once a player has reached 12 missions, they’ll receive a house finisher, and at 20 missions, they’ll get a spawn ceremony.

The full list of missions and their rewards can be found on Riot’s official event page.

When the event ends, players who are a part of the winning house will receive a golden house emote, a special summoner’s icon, and an in-game finisher animation.