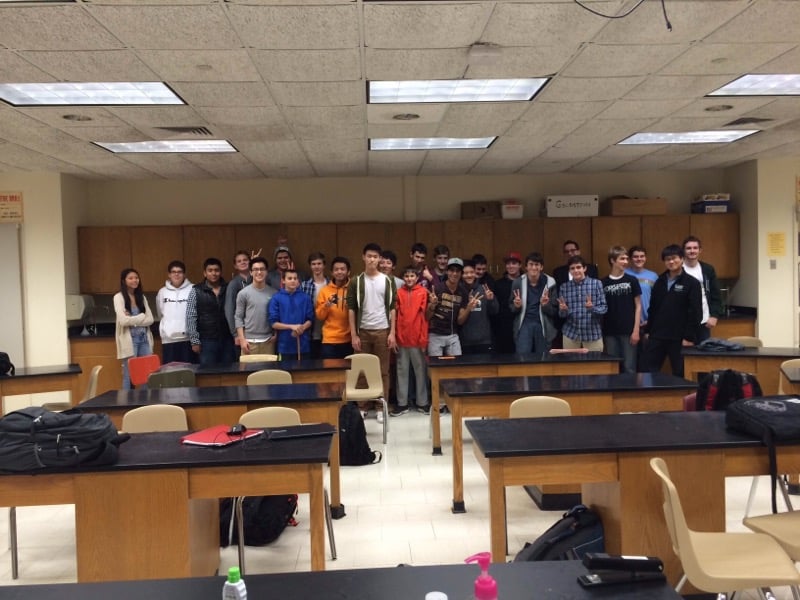 Jonathan is a casual gamer, just one of the millions that make up League of Legend’s primary demographic. As a High School Senior, the amount of time he’s able to play is limited by class, homework and applying to college. Because of this, he typically only plays a game or two on weekdays, saving the marathon gaming sessions for the weekends. That is, when he’s not watching or attending LCS. However, unlike most high schools and gamers, Jonathan can’t wait for Mondays. Every Monday, he and as many as fifty of his classmates meet in one of the science classrooms for the weekly meeting of their League of Legends club. Most of them bring their own laptops as the school computers run slowly. Some of the students have tried playing during open periods, but the low frame rate on the school computers led to one too many outbursts. Potential activities for the club include meta discussions, video recaps of professional matches and 1v1 tournaments. Members of the club have to sign codes of conduct like any other club that promise that they will keep their grades up and not let League dominate their lives. It’s quite possible that this very document shows how little the school administration understands League of Legends. It is the Alpha. The Omega. The Supreme. In Jonathan;s own words, to call him an addict would be an understatement.

One of Jonathan’s classmates, who goes by the handle Super Gotenks, founded the club when he realized how many students at his school play League of Legends. While gaming still has a stigma in the minds of many, including some faculty at the school, the club has found a proud proponent in the student activities manager, who has encouraged them to broaden their horizons. That influence can be seen in planned trips to PAX East, and the Tri-Force games, a club sponsored League of Legends tournament with prizes provided by Riot through their support team. Tournaments like these are why high school League of Legends is the last bastion of amateurism in League of Legends.

The mythos of League of Legends is filled with underdog stories of teams flying cross country, and even cross continents for League of Legends tournaments with prizes dwarfed by the variety of costs associated with attending. Teams sharing a single hotel room, practicing with their laptops in their laps and the most basic of peripherals. A far cry from the competitive scene of today. CLG.eu famously won Dreamhack Summer 2012 after qualifying for the tournament through the on site BYOC (Bring Your Own Computer) Qualifier. Wickd recently said in an interview after he was benched from Elements that their participation in that tournament was a final hail mary. Failure would have meant the premature end of one of the most famous teams in League of Legends history. This is only the most famous example. League of Legends wasn’t always the powerhouse it is now. While it’s grown larger than any eSport that preceded it, competitive League of Legends had its own humble beginnings. We’re talking tournaments with prize pools that counted in the hundreds, not hundreds of thousands. The very idea of competitive League of Legends in its current form was so remote as to be completely beyond thought or dream. But the players dreamed of it anyway. But that spirit is gone.

The days of an unknown team rising through qualifiers to triumph over the great teams of the day are long gone. LCS Teams are stocked with salaried players, coaches, and support staff as wide ranging as cooks, sport psychologists and physical trainers. Even the Challenger Series, the intended home for amateur teams to rise through the ranks in hope of earning the right to compete for a spot in the LCS, is filled with professional organizations with endemic sponsorships, gaming houses and salaries. In the rare instances that a team does qualify fresh off of the competitive ladder, they are almost immediately snapped up by one of the established organizations to either represent their brand, or eventually become a scintillating carrot for purchase by the highest bidder. As far as competitive League of Legends goes, amateurism is all but dead. But gamers like Jonathan keep the amateur dream alive in small tournaments like the Tri-Force games and larger events like the High School Star League, where thousands of teams of all skill levels compete for RP and Riot prize packs.

Jonathan’s League of Legends club is a dream for many of its members. While gaming has become increasingly more mainstream, it’s still considered a niche hobby by many and looked down upon by some. Jonathan, who goes by Curatrix in game, wants to change all that. Like many high schoolers, he wants to leave something meaningful behind. This was the inspiration behind the Tri-Force Games. A High School tournament without barriers. While the thrill of competition is undoubtedly a major factor, the chance to build bridges with other clubs around the country is the heart of Jonathan’s ambition. To share all the joy that League of Legends has brought him with others. It is in members of the community like Jonathan that the spirit of amateur League of Legends lives on long after the days of back room tournaments with League of Legends as the undercard have passed.