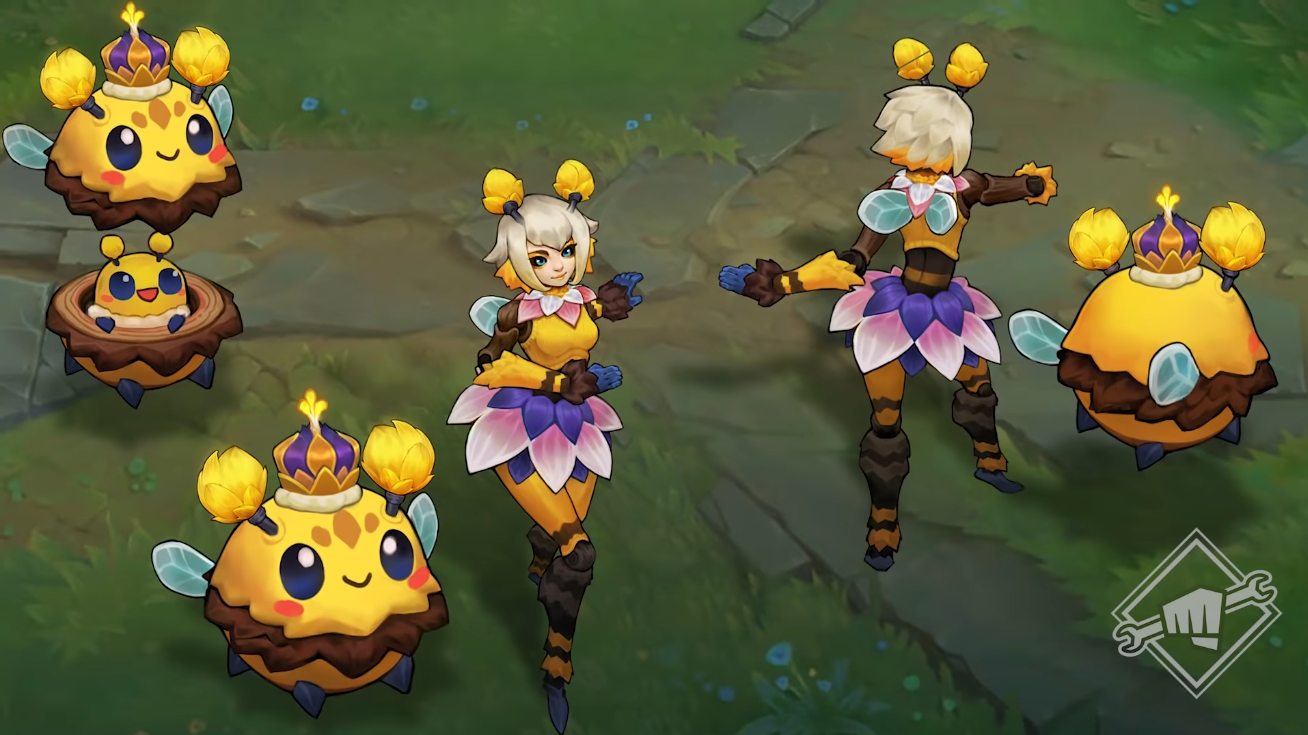 Riot Games revealed today in its livestream for the 2022 season that it’s revisiting some popular League of Legends skin thematics this year.

Jonathan “Bellissimoh” Belliss, product lead for personalization and events in League, shared some insight into Riot’s plans for the 2022 season regarding Mythic content, passes, and upcoming skins. During this segment, Belliss announced the return of some popular skin lines, including High Noon, Star Guardian, and Bees.

In 2022, Riot will give some champions a new cowboy hat. The universe of “High Noon” takes place in a deserted setting, much like a Wild West movie. Each of the 18 champions who have already received a skin for this line is either a cowboy, an angel, a devil, or a creature of some sort.

Completely opposite of this aesthetic, League players will also see the return of the Star Guardian skin line. “In a vast and dark universe,” the guardians protect the light of the stars, even though they’re destined to “burn bright,” as seen in their first music video.

First released in 2016, the Star Guardian thematic has already seen its second and third comeback in recent years, with a total of 14 skins released so far. This could be a stellar opportunity for Riot to listen to the pleading of League players and finally release the real Star Guardian Urgot.

Another popular thematic that’s flying back onto the Rift in 2022 is “Bees!” Set in an alternate universe where champions take the form of the little and joyful striped insects, the Bees skin line has been made popular by the buzzing sound of Beemos across the Rift. Among the champs who will be getting a yellow and black makeover, Orianna will be wearing a flower skirt and will carry the queen of the bees as her ball.

Last but not least, the “Monster Tamers” skin line, which came in last place in the 2021 thematic poll voting, is also coming this season. The bright and playful skin line didn’t gain as many votes as the other options, Crime City Nightmare and Debonair, which debuted in 2021. But the universe in which champions harness powerful creatures and challenge each other in “high-stakes matches” is coming to the Rift in 2022.

Riot has still yet to announce the release date for the additions to these skin lines. For now, League players can look forward to the Firecrackers and Porcelain skins coming later this month.