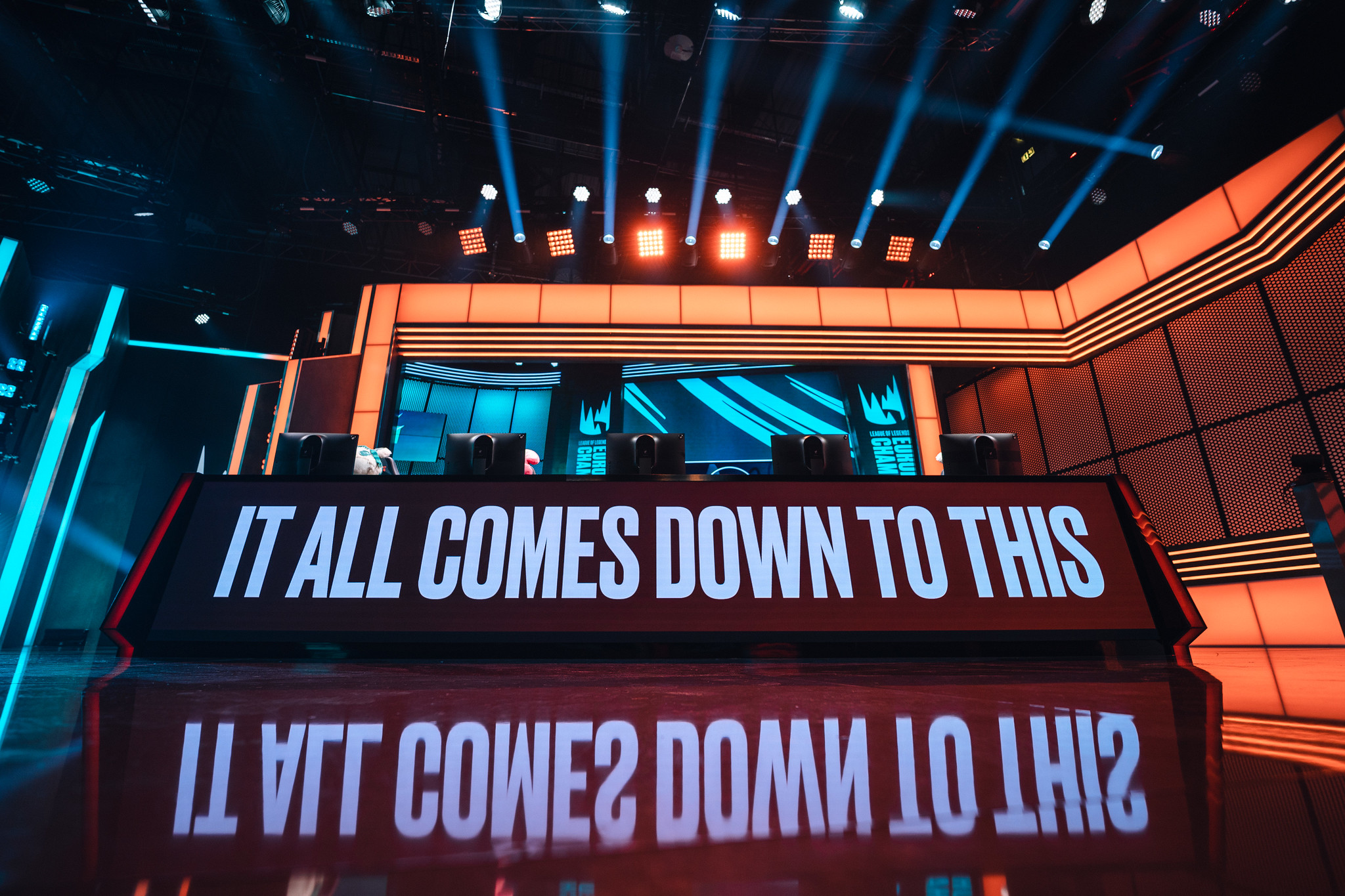 When the 2021 LEC Spring Split ended, not many people expected to see a plethora of roster shifts ahead of the next season. And yet, the European League of Legends scene has brought a ton of surprises once again, with multiple teams making big-time moves that have shaken up the league.

From massive roster revamps to unpredictable role swaps, the LEC brought the sugar, spice, and everything nice this past offseason. The individual storylines across Europe have only started to heat up as we approach the summer. But which players should you be keeping your eye on this split?

There are so many different names that should be on your list, for many different reasons. Some players are looking to prove themselves on a new path in their career, while others are trying to find themselves again after a disappointing performance in the spring.

Here are a few of the top LEC players to watch when the 2021 Summer Split kicks off on June 11.

A new era in Fnatic’s storied League history has begun and at the forefront stands the team’s former top laner turned jungler, Bwipo. After over three years, the 22-year-old has found a new role to play for the squad as they look to find better fortunes this summer.

Last split, the team dropped out of the 2021 Spring Split playoffs during the second round after getting swept by Schalke 04. It was the organization’s worst playoff showing since 2016—where they were swept by H2K in the 2016 Summer Split quarterfinals—and was the straw that broke the camel’s back. As a result, the team parted ways with Selfmade and made the surprising decision to fill the slot with Bwipo while picking up former Karmine Corp top laner Adam.

Even though Bwipo is a veteran and one of the most well-known European pros, this will be one of the biggest challenges of his career thus far. On top of filling in the most important role in the game, he’ll also have to guide a rookie in his inaugural split in the LEC while leading the rest of the roster to a position where they could possibly challenge for a spot at the 2021 World Championship. With all of these aspects combined, there will be a lot of pressure on Bwipo this summer.

For those who aren’t familiar with Adam, the rookie from Karmine Corp was the best top laner in the LFL last split. The young hopeful had the third-most kills during the 2021 LFL Spring Split, had a dominant early game, and ran through the league with plenty of aggression built into his playstyle, according to Oracle’s Elixir. At the Spring European Masters, his early game was even stronger with an average difference of 433 gold at 10 minutes.

He’s brimming with potential that could be unlocked in a more competitive setting, but there are plenty of things that need to also fall into place for the best to happen. For example, Adam will need to build cohesion with the team’s “new” jungler Bwipo, who will be playing the role competitively for the first time. It’s good that the veteran can share his extensive top lane knowledge with the 19-year-old, but he’ll also be learning and adapting to a new role with new responsibilities.

As a result, Adam will need to be a fast learner because he’s facing a massive challenge in his first split in the big leagues. Wearing the orange and black comes with plenty of pressure and many people have come to expect plenty from European rookies over the past few seasons. But that’s always been the motto for pro play: Leap for greatness or fall below the rising tide of hungry rookies looking for a shot.

Another surprising role swap happened over in the SK Gaming camp with the team’s talented support Treatz making the switch over to jungle. In his stead, the team’s former head coach Jesiz has returned to pro play as SK’s new support for the summer.

Many people tried to make sense of this unexpected decision, especially after the 25-year-old was finally able to rejuvenate his pro career last split. He was coming from several seasons in the NA Academy scene and hadn’t gotten a chance to play in the LCS. When he came to SK, he blew expectations out of the water and quickly became one of the best supports in the region.

Now, like Bwipo, he’ll be switching to the most demanding positions in pro play. Although both support and jungle have similarities in terms of time management, vision, and objective control, the former has less responsibility over the team’s overall state of the game compared to the latter. It’ll be interesting to watch if Treatz can keep his momentum from last season going, while also trying to impact the game at the same level with a completely different champion pool.

We haven’t had to associate the G2 Esports name with words like “struggle” and “failure” before, but calling this past Spring Split a disappointment would be a pretty large understatement for a roster as loaded as the one fans have before them. The former kings of Europe lost their crown, even though they acquired another piece of royalty with Rekkles. But if you’ve already started claiming their demise, you might be sorely mistaken.

In an interview with the team’s support Mikyx, he mentioned that the roster got complacent in the spring. That, combined with a lack of duo queue practice with Rekkles, meant things weren’t as smooth as the roster would have liked. But after two full months of preparation and practice, fans and analysts should prepare for the coming storm once again.

After leaving Fnatic for more success, Rekkles will be hungry to finally prove himself with his new team and win a championship. The superstar ADC was the most destructive player in his role, picking up a 12.8 KDA through the regular season with 101 kills and a measly 18 deaths, according to Oracle’s Elixir. The last time a player had a double-digit KDA in Europe was back in 2018—and that player was also Rekkles. That was the last time he won an LEC trophy, too.

Last season, the crown prince of Europe was outplayed and outgunned by rogues and lions alike. This season, however, he and the rest of the emperors have been given plenty of time to prepare their next moves against the major forces of the region. Now, he and the rest of G2’s star-studded roster will look to recapture the throne that the organization has sat on for so long.

One of the LEC’s best junglers has joined a new roster for the summer and things are only going to heat up for fans of Selfmade and Team Vitality. The 21-year-old firecracker has made a living on carry champions. But even though the meta started to lean away from Graves, Kindred, and Evelynn, he still kept up with his aggressive style of play.

There were plenty of issues that plagued the team outside of individual performance, however. This split, he’ll have a blank slate with Vitality and he’ll be reuniting with a former teammate in Crownshot. He’s also getting an aggressive mid laner in LIDER, who has frequented exciting picks like Yone, Lucian, Akali, and even threw in a Zed game this past spring.

Selfmade will ultimately be the linchpin for this new roster. If things start to fall in the right place for this team, Vitality could become one of the most explosive—and most exciting—teams in Europe.