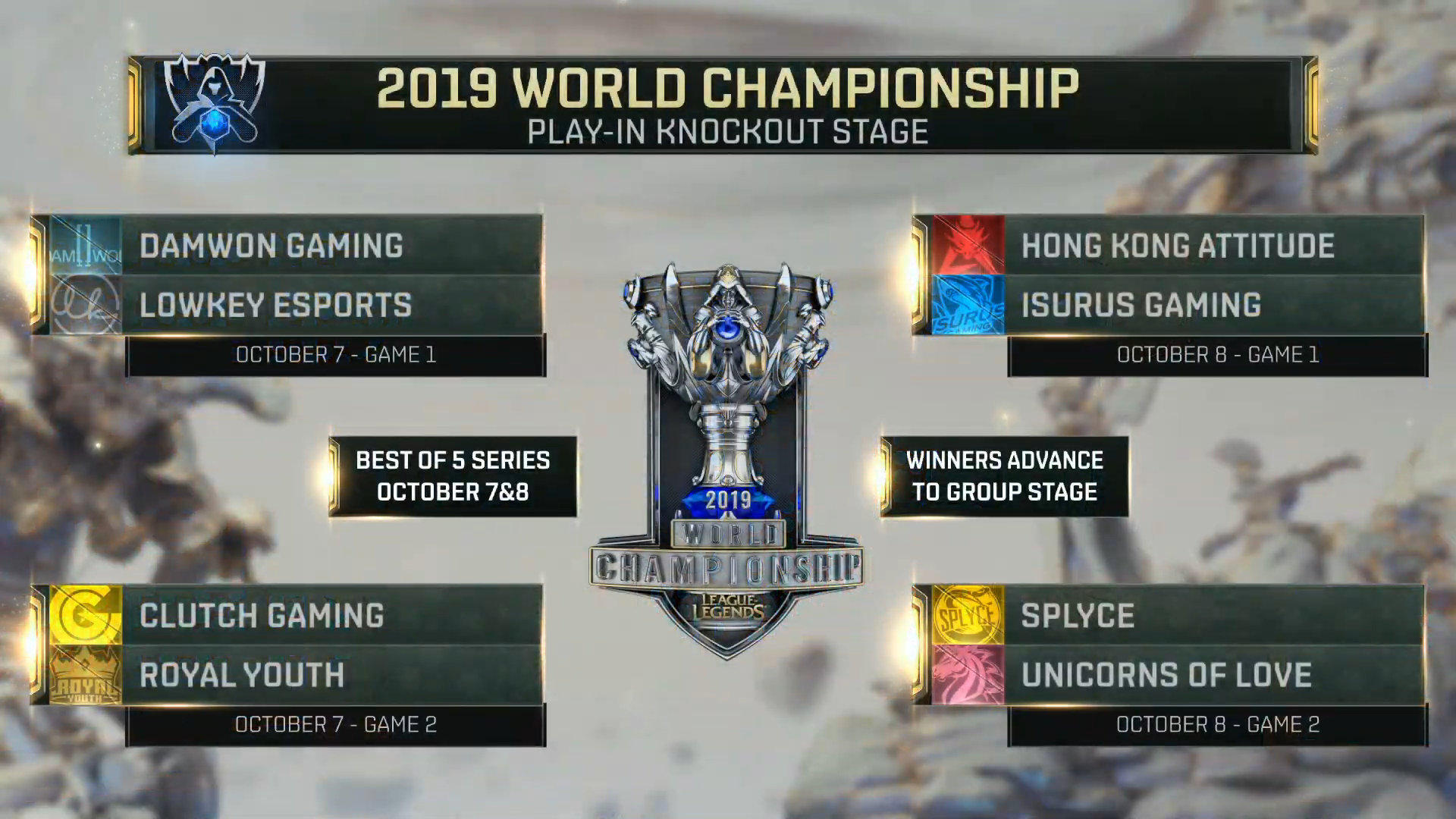 The knockout stage matches were randomly selected with some restrictions. The first place team from each play-in group must face the second place team from another group. Additionally, each team will play one best of five to determine who will advance.

Here are the matchups determined from the play-ins knockout stage draw.

11am CT—Clutch Gaming vs. Royal Youth

11am CT— Splyce vs. Unicorns of Love

Before watching play-ins the immediate favorites to come out of knockouts would have been the teams from major regions. But that isn’t exactly the case anymore.

Clutch Gaming struggled heavily in their group. They lost twice to Unicorns of Love and left their fate to be determined by tiebreakers. Against UoL, Clutch looked disorientated and struggled in team fights. As for Hong Kong Attitude, they came into play-ins as an expectedly weak team from a declining region. Despite a convincing final victory over Lowkey, they previously lost to the VCS second seed. And their other wins weren’t nearly as decisive.

Splyce didn’t show as much struggle as their LCS and LMS counterparts. But they were bested by DetonatioN focus me, the first team to be eliminated from Worlds. They’ve also shown little sign of adapting their style. For the entirety of the 2019 season, they’ve insisted on playing for late-game only leaving their early open for exploiting. And considering UoL’s performance against Clutch, we could see an upset from this series.

Unlike the other major regions, DAMWON is clearly favored in their series against Lowkey. The LCK third seed have dominated play-ins and show no signs of dropping a single game anytime soon. Their ability to press leads and close games have been unprecedented this play-ins.

The first best-of-five will begin Oct. 7 at 6am CT with the series between DAMWON Gaming and Lowkey Esports. The knockout stage will conclude the following day, Oct. 8. After which the four winners will be sorted into the main stage groups.